CRA_admin2015-04-09T20:40:31-04:00
Gaylord, MI – After making one appearance in 2014 and again in the non-points SpeedFest 2015, Jordan Pruitt is ready to challenge for the 2015 ARCA/CRA Super Series Powered by JEGS Rookie of the Year title. It all begins for him and his Jordan Pruitt Racing Team with the 7-Up 100 Presented by Royal Truck & Trailer Sales at the fast 1/2 (0.500) mile high-banked paved oval of Toledo Speedway (OH) on Friday-Saturday, April 11th. Pruitt has raced at Toledo before in a Modified and hopes the experience bodes well against an
expected strong field that will also include some ARCA Midwest Tour competitors.

“I’m looking forward to the season opener at Toledo we tested there and we were pretty sporty right out of the box. We have a few things to work on but I think we will be in the mix with the fast veterans.” Stated the 27-year-old. “We are obviously hoping for a win; however this is our first point’s race of the year so walking away with a top five finish wouldn’t be disappointing. Toledo is a fast track and we will need to be on our toes all weekend.” He added.
The Gaylord, Michigan driver is one of five registered Rookie of the Year title contenders for the 2015 racing season. In addition to Pruitt, Matt Hall, who has made limited appearances in the series as well as JEGS/CRA All-Stars Tour graduates, Hunter Baize, Grant Quinlan and Thomas Woodin will all be in the freshman hunt.
“I would like to win the rookie of the year title and feel very confident that we can accomplish that goal.” Continued the Gaylord, Michigan driver as final preparations continue before the trip south to the Buckeye State. “We won’t have our normal crew chief Scott Hantz for Toledo unfortunately. He’ll be racing his Outlaw car that day, so we’ll have our work cut out for us, but we should still be pretty good.” He ended.

In Pruitt’s last race, SpeedFest 2015 at Watermelon Capital Speedway (GA) back on January 25th, Pruitt was impressive in qualifying sixth quick out of a strong 29-car field. In the race, Pruitt was a consistent top five car in the 200-lap main when with 55 laps to go, the ignition switch went out forcing Pruitt out of the race.

Over the years, Jordan Pruitt’s success has come in the open-wheeled Modified division. Since he started racing the machines at 16 years old in 2004, Pruitt has scored an impressive 43 Feature Wins including 15 of those in the past two seasons (2014 & 2013). The biggest win of his career came in the Modifieds portion of Main Event XXVII at Sandusky Speedway (OH) where he went back to the Great Lakes State with a $4,000 payday on October 12th, 2014.

For the rest of the 2015 racing season, both of Pruitt’s black #8’s, one an ARCA/CRA Super Series Super Late Model and the other an ICAR Top Speed Modified Tour ride, will sport sponsorship decals and support from Gaylord Machine & Fabrication as well as Electric Sun, W.L. Snow Enterprises, Top Speed Fabrication and M.P.H. Promotions.

A Hornish Set to Make All-Stars Debut at SpeedFest

In 2006 Sam Hornish Jr. won the biggest motor race in the United States of America.  With a slingshot pass... read more 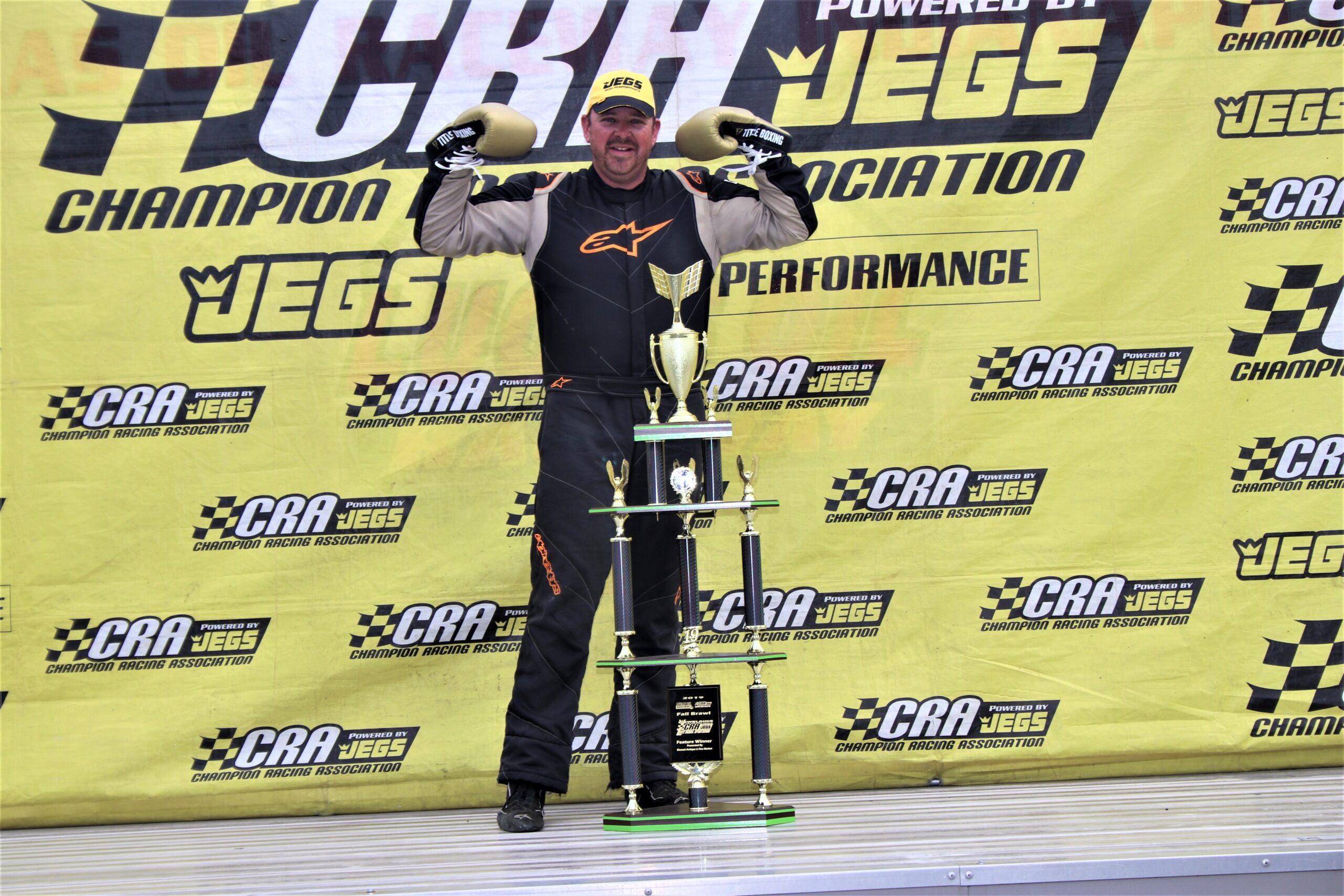