Yorktown, IN – Rick Turner has been racing with the ARCA/CRA Super Series Powered by JEGS since the series inaugural season in 1997.  Every season within the series, you can always count on the ‘Y-Town Hustler’ to be rolling in with his familiar #26. Although he has missed some events over the years when choosing to not run the full schedule, he has competed full-time in the past two seasons. For 2015, the 56-year-old is reverting back to picking and choosing races while also getting his Rick Turner Racing Driver Development program moving along.

Turner still loves to race when he can and for at least the first two ARCA/CRA Super Series events, Turner and crew will be turning laps in search of his first win in the series since the 2008 season. The 7-Up 100 Presented by Royal Truck & Trailer Sales is at the fast 1/2 (0.500) mile high-banked paved oval of Toledo Speedway, located south of the Michigan / Ohio state line in Toledo, Ohio on Friday-Saturday, April 10-11th. Turner loves the fast high-banked track and Toledo is always circled on his calendar when it appears on the schedule.

“Toledo is one of my favorite tracks we get to go too. We’re real confident we have good equipment with our Port City Racecars chassis and our McGunegill Engine Performance power under the hood,” Smiled the Yorktown, Indiana veteran as he and his crew make final preparations before the trip north and then east. “We’re really excited about this season. Our Development program is looking strong and I want to focus on that while still running when I can. We’ll go to the tracks I like plus the tracks that are close to home. We were very competitive at the end of last season and we want to continue riding that as long as we can.” He added.

Turner finished fifth in the final 2014 ARCA/CRA Super Series points standings as he recorded one top five finish, an impressive second place showing during the Labor Day Weekend World Stock Car Festival at Winchester Speedway (IN) on September 1st. He also grabbed five top 10 finishes. His fifth place in the standings was his fifth top five in the final points in the last eight seasons.

After Toledo, Turner will then head to one of his home tracks on the schedule: The fast 1/4 (0.250) mile high-banked paved oval of Anderson Speedway, located just 25 minutes away from the Rick Turner Racing shop in Anderson, Indiana on Saturday, April 25th. The Madison County Community Health Care 125 is the second race on the 2015 ARCA/CRA Super Series schedule and the site of two of Turner’s three career wins in the series.

In series history, Turner is at or near the top of just about every major statistical category. In addition to sitting on top of the all-time career starts mark with 228, he is at least in the top five in five other major categories in the series 18-year history. In addition to the ARCA/CRA Super Series appearances, Turner also has his Rick Turner Racing Driver Development Program with New Philadelphia, Ohio teenager, 18-year-old Matthew Mills who plans on racing in the JEGS/CRA All-Stars Tour Presented by Chevrolet Performance. 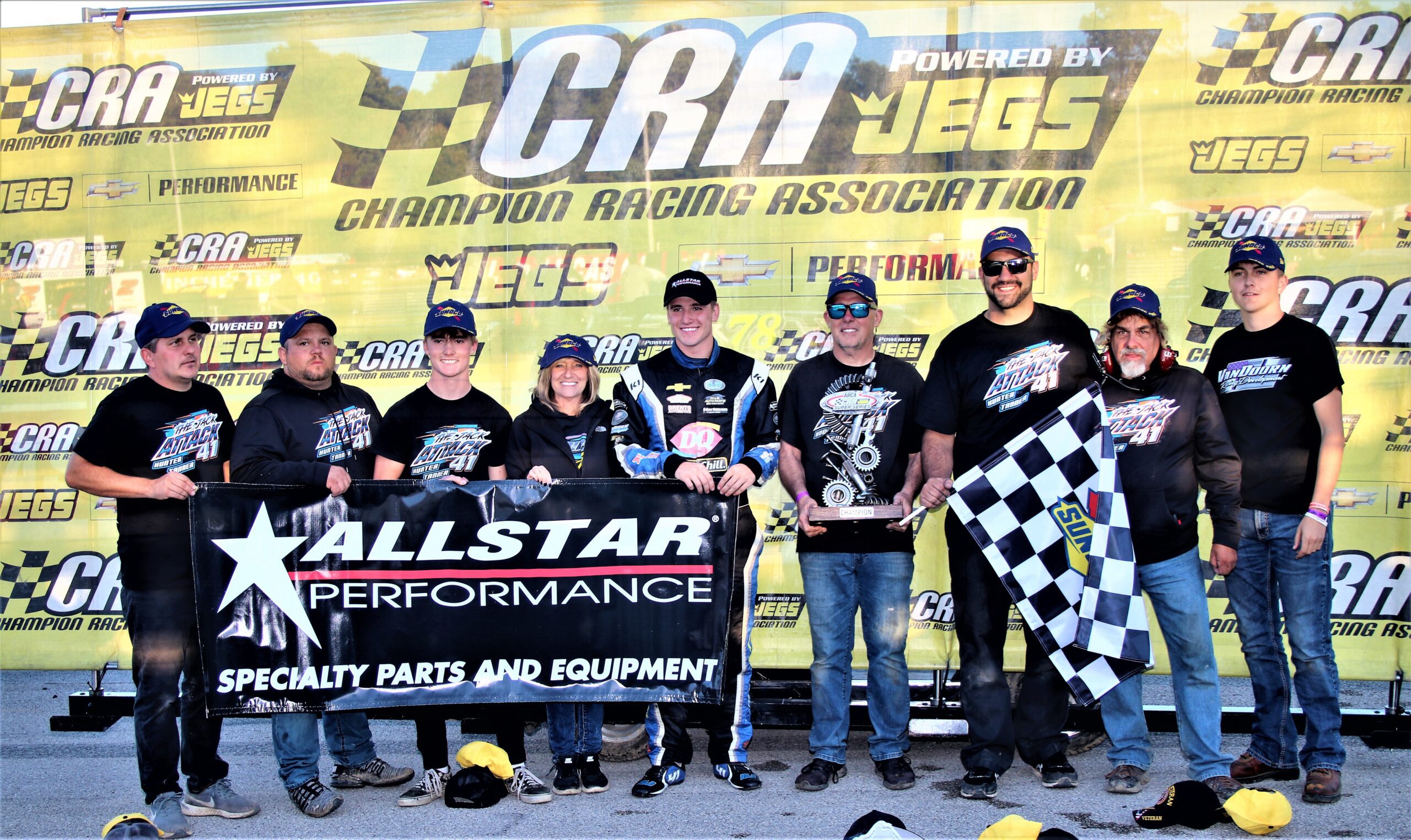