Charlotte, North Carolina (Monday, April 13, 2015): The chase for the 2015 ARCA/CRA Super Series Championship and the Rookie of the Year is on for 17-year old Hunter Baize. The season began this past weekend at Toledo Speedway (OH) with the 7-UP 100, where he finished 7th in a race that went green, flag to flag.

Baize showed speed off the trailer and qualified 7th on Saturdayafternoon. In a race that saw zero cautions, he never dropped out of the top 10. He battled with the likes of 2-time and defending ARCA/CRA Super Series Champion Travis Braden and 2013 JEGS/CRA All-Stars Tour Champion and current Joe Gibbs Racing Development Driver Cody Coughlin throughout the afternoon.

“I always wondered what it would be like to run 100 straight green flag laps,” said Baize. “Now I know, and it was a lot of fun! The guys at Van Doorn Racing Development brought a very fast Ford Fusion to the track, and overall I think we are all pleased with our run. We are going to get better, I am enjoying racing these Super Late Models, and I am looking forward to our next race at Anderson Speedway (IN).”

Baize and the No. 13 Hunter Baize Racing team headed up by Van Doorn Racing Development will be traveling to the ¼ (0.250) mile Anderson Speedway (IN) on Saturday, April 25, 2015. The running of the Anderson 125 will be the second points paying event in the ARCA/CRA Super Series Powered by JEGS season. 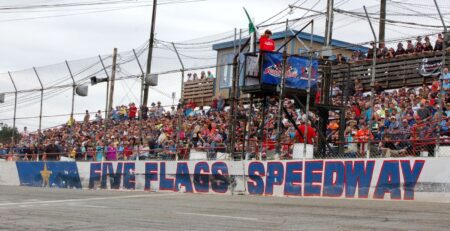 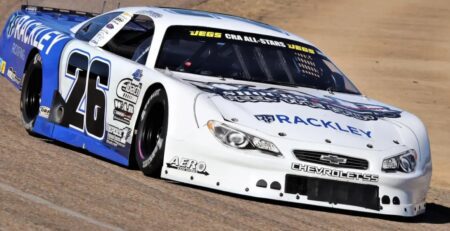