Most prestigious race of his young career up next

Harrison, Michigan (Monday, June 15, 2015): Three races into the 2015 racing season for 16-year-old Grant Quinlan, he goes into the biggest race of his career on top of both the overall and rookie of the year points standings in the ARCA/CRA Super Series Powered by JEGS. The Battle at Berlin 251 Presented by Primera Plastics is the next race on the schedule for the Harrison, Michigan teenager on Tuesday, June 16th at the historic fairgrounds oval of Berlin Raceway, located west of Grand Rapids in Marne, Michigan.

In those first three ARCA/CRA Super Series events, he finished third at Toledo Speedway (OH) on April 11th, an eighth place showing came at Anderson Speedway (IN) on April 26th and finally another third place effort in the ARCA/CRA portion of the Calypso Lemonade Chicagoland Showdown at Illiana Motor Speedway (IN) on May 25th. Going into the first JEGS/CRA $100,000 Super Late Model Triple Crown Series race of the year, Quinlan’s lead over fellow rookie, Hunter Baize is at 16 markers.

“We’ve been fortunate to have posted good finishes in the first three races this season and I owe that to this entire crew. Especially (Crew Chief) Derrick Griffin, (Car Chief), Brent Downey and everyone with Quinlan Motorsport and Downey Racing. Without all of their hard work, we would be struggling.”Offered the 16-year-old driver as he prepares for the 251-lap main featuring NASCAR stars, Chase Elliott, the 2014 NASCAR Xfinity Series Champion and Erik Jones, a contender for the 2015 NASCAR Camping World Truck Series title.

As for Berlin and going up against the likes of Elliott and Jones as well as perennial Berlin favorite, Brian Campbell, southern superstar, Bubba Pollard and so many others, Quinlan feels he’s ready to see where he stacks up against the stiff competition and feels no pressure as the overall and freshman points leader. “This is where it’s at and this is where we need to be. We need to know where we are on the ladder and this event will be that race that determines how far we’ve come in the motorsports industry.” Quinlan remarked.

Quinlan was awarded the Howie Lettow Memorial Rookie of the Year title in the JEGS/CRA All-Stars Tour during the 2014 racing season. He rewrote the record books in a number of ways during his freshman campaign in JEGS/CRA. In addition to finishing third in points, just two markers behind 2014 Runner-Up, Josh Nelms, he also collected two victories, the most of any rookie driver in JEGS/CRA All-Stars Tour history. Those wins came at Salem Speedway (IN) on June 21st and at Springport Motor Speedway (MI) on September 20th.

He also registered six top five finishes and seven top 10 showings as well as two Boyne Machine Company Fast Qualifier Awards, also the most by a freshman in series history. Those top qualifier awards came at Angola Motorsport Speedway (IN) on July 5th and at Springport on September 20th. In the rookie battle, Quinlan beat fellow freshman, Dalton Armstrong by 37 points in the overall standings, the closest margin in the tours’ four-year history.

For the remainder of the 2015 racing season, Quinlan will make a run at the Rookie of the Year title and the overall championship in the ARCA/CRA Super Series. The team will also make select appearances back in the JEGS/CRA All-Stars Tour as well as other Super Late Model events around the country.

Salem, IN (July 27, 2021) – The JEGS/CRA All-Stars Tour Presented by Chevrolet Performance will return to action this Saturday... read more 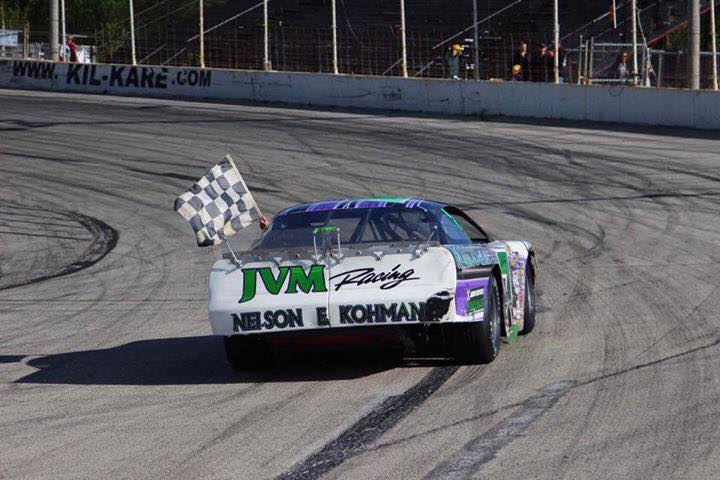 Our Condolences to the Family of David Carter

Champion Racing Association would like to offer our condolences to the family of David Carter.   JVM Racing Team President, Jeff Miller,... read more