Anderson, Indiana (Saturday, June 27, 2015): Jason Atkinson led the final 107 laps to capture the Champion Racing Association’s Pull A Part Auto Parts Street Stock 200 at Anderson Speedway on Saturday.
With the victory in the final event of the CRA Triple Crown, Atkinson captured the point title within the season point chase. The win was worth $3,000 and Atkinson earned an additional $1,000 for the Triple Crown title.
Atkinson slipped outside of Josh Poore following a restart on lap 93. For the next 70 laps remained in front of Ryan Amonett and Poore.
Poore got around Amonett with 37 laps remaining and closed onto the rear deck lid of Atkinson’s car as the two leaders made their way through slower traffic.
At the finis Atkinson won by a half-second over Poore, who was racing with his third engine of the day.
Amonett came home in third followed by James Kirby III and Tyler Marsh.
The race was slowed only four times by caution periods, only once over the final 100 laps. Seven cars were running on the lead lap at the finish.
“This is great,” Atkinson said in the AutoFarm McCrocklin Ford Winner’s Circle. “The car was good all night. We didn’t do anything to the car,” he said of the halfway break.
Pole sitter Andrew Cook led the first lap, but spun on the back straight on the second circuit giving the lead to Jason Thompson.
Thompson remained on the point until lap 44 when Poore used an outside pass down the back straight. Poore had used the high groove to advance from his 11th starting spot to the lead in less than 50 laps.
Atkinson, who was never outside the top five, moved into the second spot on lap 63 following a restart and set his sights on Poore.
Fast qualifier Colby Lane was never in contention for the lead and finished eighth. Lane won the first of the Triple Crown races at Shady Bowl Speedway in Ohio.
Mason Keller, who won the Triple Crown race in Kentucky and second in the point chase, slowed on lap 79 while running in the top ten. His night was finished.
The only one of the four cautions that was for anything other than a spin or fluid took place on lap 29 when Jimmy Kirby was battling with his son James Kirby III for the second spot. The two made contact entering turn one with Jimmy Kirby bouncing off the wall.
CRA_admin CRA Street Stocks, Ticker, Top Stories Like: 0 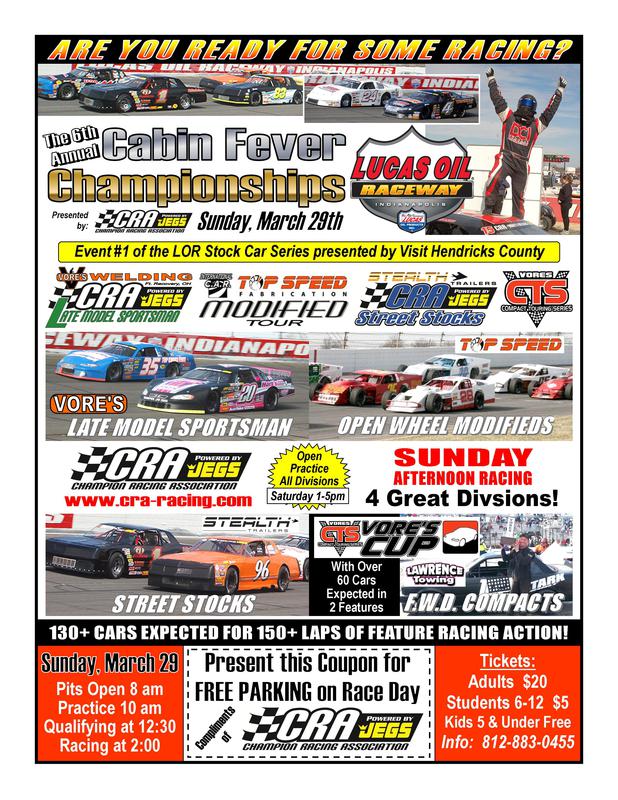