Salem, Indiana (Tuesday, July 21, 2015): The ARCA/CRA Super Series Powered by JEGS will be back in action this Friday, in the Circle City 100 Presented by Greg Hubler Chevrolet at the famed Lucas Oil Raceway located just outside of Indianapolis in Brownsburg, Indiana. The ARCA Racing Series Presented by Menards will also be in action on Friday night in the Sioux Chief PowerPEX 200 Presented by Federated Car Care. This is the only time in 2015 the two ARCA sanctioned series will be in action together with the same event.

In last year’s Circle City 100 Presented by Greg Hubler Chevrolet, NASCAR Sprint Cup Series superstar, Kyle Busch make a daring last lap, last corner pass coming down for the checkered flag on John Hunter Nemechek, after battling with Nemechek over the final 43 laps of the event in what many people said was one of the best races they had seen in years. Busch would just edge the son of another NASCAR icon, Joe Nemechek at the line by just 0.024 seconds to bring home the win.

John Hunter Nemechek tops the list of entries for Friday’s Circle City 100 Presented by Greg Hubler Chevrolet, and has made it no secret that he is coming to get the win this time. Nemechek is competing in the NASCAR Camping World Truck Series this season, while also hitting several big late model events. Nemechek won the prestigious Snowball Derby in December and has claimed two JEGS/CRA All-Stars Tour wins so far in 2015 at SpeedFest 2015 and the July 4th Mercy Masters of the Pros 144 at Lebanon I-44 Speedway.

A ton of CRA talent is also entered including Brian Campbell, a two time ARCA/CRA Super Series winner in 2015 at the series April 11th season opener at Toledo Speedway and in May at his home track Berlin Raceway. Campbell is now fifth on the series all times win leaders list with 16, two of those victories have come at Lucas Oil Raceway.

Current JEGS/CRA All-Stars Tour rookie competitor Quinnton Bear is entered along with CRA Late Model Sportsman drivers Jack Dossey Jr. and Jared Thomas. 2014 CRA Street Stock Champion Jason Atkinson is entered in the Scott Neal Racing #4 to make his series debut Friday. Atkinson received a one race ride in the SNR car in 2015 for the 2014 JEGS Win a Championship with CRA and a Ride Program, which is also sponsored by Motion Motors and Scott Neal Racing. Atkinson is currently leading the 2015 CRA Street Stock points and is second by one point in the CRA Late Model Sportsman Series points.

Founded by John and Mildred Marcum in 1953 in Toledo, Ohio, the Automobile Racing Club of America (ARCA) is recognized among the leading sanctioning bodies in the country. Closing in on completing its sixth decade after hundreds of thousands of miles of racing, ARCA administers over 100 race events each season in four professional touring series and local weekly events including the ARCA Racing Series presented by Menards as well as the ARCA/CRA Super Series Powered by JEGS, the ARCA Midwest Tour Presented by Scag and the ARCA Trucks Series. In addition weekly racing is held at Toledo and Flat Rock Speedways.

Huntersville, North Carolina (Wednesday, June 24, 2015): Over the course of a race season, it's not out of the ordinary for one or... read more 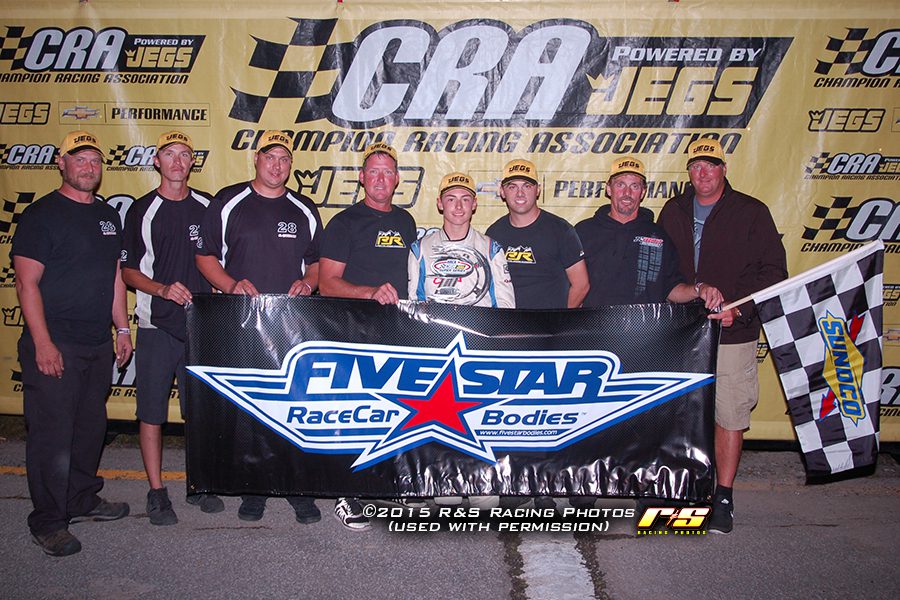 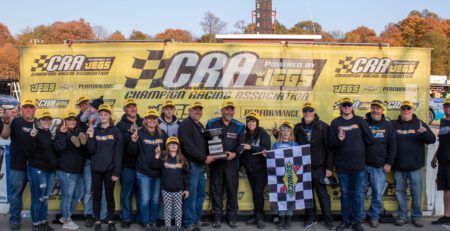