Newport, Michigan (Tuesday, August 11, 2015): As the 2015 racing season hits a pivotal stretch of events within the ARCA/CRA Super Series Powered by JEGS, Rookie of the Year title contender, Matt Hall knows that he has the chance to really make some ground up on the two freshman in front of him in the chase for that title. He also knows that if that does indeed happen, then a shot at the overall 2015 Championship within Champion Racing Association’s premier series is also a distinct possibility as well.

The first of three ARCA/CRA Super Series events in a 10-day span begins with a special midweek race. The Boyne Machine Company 125 is set for Wednesday, August 12th at the fast 3/8s (0.375) mile high-banked paved oval of Kalamazoo Speedway in Kalamazoo, Michigan. This race is part of the tracks signature event; Kalamazoo Klash XXIII. The most prestigious Outlaw bodied Super Late Model race in the country. For the second year in a row, the ARCA/CRA Super Series is a part of the show.

“Hopefully we can learn some things in practice on Tuesday to set us up to stay up front on Wednesday. We’ve never been there before, but I know that we must stay out of trouble and bring home a clean race car,” Explained the 22-year-old upon making final preparations for the trip across the Great Lakes State. “We need to do well in order to make it to one of the biggest races for us on Saturday (Flat Rock Speedway) since we don’t have a backup car. The goal is to keep it clean as possible with no wrecks and bring home a solid finish and get into the streak of my favorite racetracks.”

Crew Chief, Brian Moore added; “The car has been getting better each week, just need a little racing luck to go our way. Kalamazoo is another new track for us, but I see no reason why we won’t be up front and contending for the win.” Moore offered. “We are coming into a group of races that Matt is very familiar with and hopefully we can relay that into some great finishes to help us get back into this points battle.”

After Kalamazoo, the ARCA/CRA Super Series heads across the state to the fast 1/4 (0.250) mile high-banked paved oval of Flat Rock Speedway, Hall’s home track, on Saturday, August 15th for the 7-Up 125. The ARCA owned facility is just 10 minutes from the Matt Hall Motorsports race shop in Newport, Michigan. From there, it’s on to a race track that Hall has experience on from his days in the old Super Pro Late Model Series, the big 1/2 (0.500) mile semi-banked paved oval of Baer Field Speedway in Fort Wayne, Indiana for the Summit City 100 Presented by Trucking Fort Wayne.

After seven races into the 2015 racing season with the last race for the ARCA/CRA Super Series coming at Lucas Oil Raceway back on July 24th, a 12th place finish after starting 29th and earning the Hard-Charger Award in the race, Hall is now tied for fourth overall in the standings. In addition to sharing fourth with Wes Griffith Jr., Hall is also a solid third in the rookie of the year title chase. He has one top 10 finish, which came at Illiana Motor Speedway (IN) on Memorial Day Monday, May 25th in the ARCA/CRA portion of the Calypso Lemonade Chicagoland Shootout. Six of the seven races ran have resulted in at least a top 15 finish.

For more information about Matt Hall Motorsports and to inquire about additional sponsorship opportunities for the rest of the 2015 racing season, call Car Owner / Father, Kenny Hall at: 1 (734) 341-6939. You can also go the Facebook Fan Page by going to: www.facebook.com and searching for “Matt Hall Motorsports”. Also on Twitter at:  www.twitter.com/matthall_04 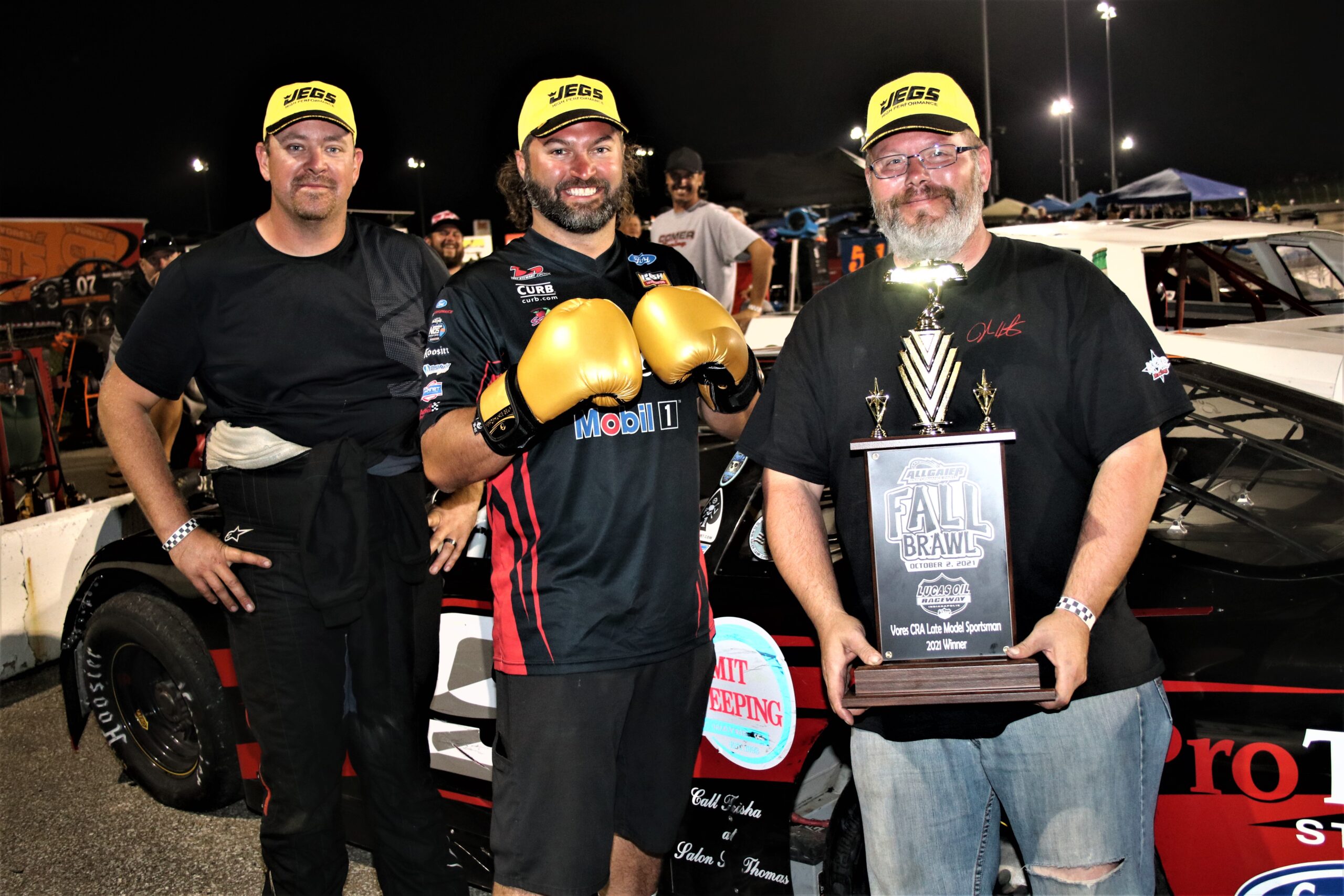