Fremont, Ohio (Thursday, August 20, 2015): Ali Kern knew that it was just a matter of time before the 2013 ARCA/CRA Super Series Powered by JEGS Rookie of the Year would find victory lane. Prior to the Boyne Machine Company 125, which was part of Kalamazoo Klash XXIII on August 12th at Kalamazoo Speedway (MI), only one other woman in ARCA/CRA’s 19-year history had won a race that was current NASCAR K&N Pro Series East competitor, Kenzie Ruston who won at Lucas Oil Raceway (IN) in 2011. After the Klash, add Kern’s name to that list.

The 22-year-old driver battled with the race leaders all race long; 18-year-old NASCAR Camping World Truck Series start, John Hunter Nemechek and 16-year-old Grant Quinlan, the overall and rookie point’s leader in ARCA/CRA. With eight laps to go, the two race leaders, who had been battling hard for the lead, collided one last time resulting in Quinlan going around and Nemechek to the pits with damage. This gave the lead to Quinnton Bear, who wouldn’t stay there long as Kern, who was lurking in the background of the Nemechek / Quinlan battle went around Bear and pulled away to her first career ARCA/CRA Super Series triumph.

“Winning the Kalamazoo Klash Wednesday night was amazing.  I want to thank Gary Howe and Kalamazoo Speedway for a great show and for all of their support. It truly was a magical moment for me and my crew.” The elated driver of her #4 Crown Battery / Ford offered after reflecting on what she accomplished in  one of the biggest races in the country. “The crew really worked hard for this one and it paid off.  To get my first ARCA/CRA win at the Klash after finishing runner-up three times in this series is just epic!  The fan support was overwhelming!”

Three days later, Kern and the Scott Neal Racing Team ventured across the state to Flat Rock Speedway (MI) for the 7-Up 125. After a lap seven incident that saw Kern lose a fender. She pitted for repairs and fought her way to a seventh place finish. “We were hoping for a repeat Saturday night at Flat Rock, but we fought a tight race car during qualifying and the race. We elected to start in the back in the race after working on the car. That meant I had to fight my way to that P7 finish twice after getting damage from another drivers spin.  I drove my heart out going three wide, getting in the dirt and riding the top groove to get that finish.” She explained.

Now with a little more time to sit back and reflect on the entire weekend, Kern and the SNR Team will get ready for the next race on the 2015 schedule; the Summit City 100 Presented by Trucking Fort Wayne on Saturday, August 22nd. The fast 1/2 (0.500) mile semi-banked paved oval  of Baer Field Speedway (IN) in Fort Wayne, Indiana will host the ARCA/CRA Super Series for the first time since the 2011 season. Baer Field also presents a new challenge to Kern as she has never been to the Northeastern Indiana facility before.

“We’re all looking forward to racing at Baer Field this weekend.  I’ve never ran there but thanks to Scott Neal Racing, we’ll have another great car and great crew so we’re ready for another great race.” Kern added. “A special Thank You to Hal Hawk and Crown Battery for all of their continued support and to all the great race fans who continue to send their best wishes for our first ARCA/CRA Super Series win at Kalamazoo.” She ended.

For the remainder of the 2015 racing season, Kern’s #4 Ali Kern Motorsports / Scott Neal Racing / Ford Fusion will carry sponsorship decals and support all year long from Crown Battery as well as Eibach Springs, Port City Racecars, Hybrid Haven and M.P.H. Promotions. For more information about Kern and to inquire about additional sponsorship opportunities, go to the team website at: www.alikern.com You can also go to the teams Facebook Page at: www.facebook.com and search for “Ali Kern Motorsports” as well as the Twitter page at: www.twitter.com/Ali_Kern 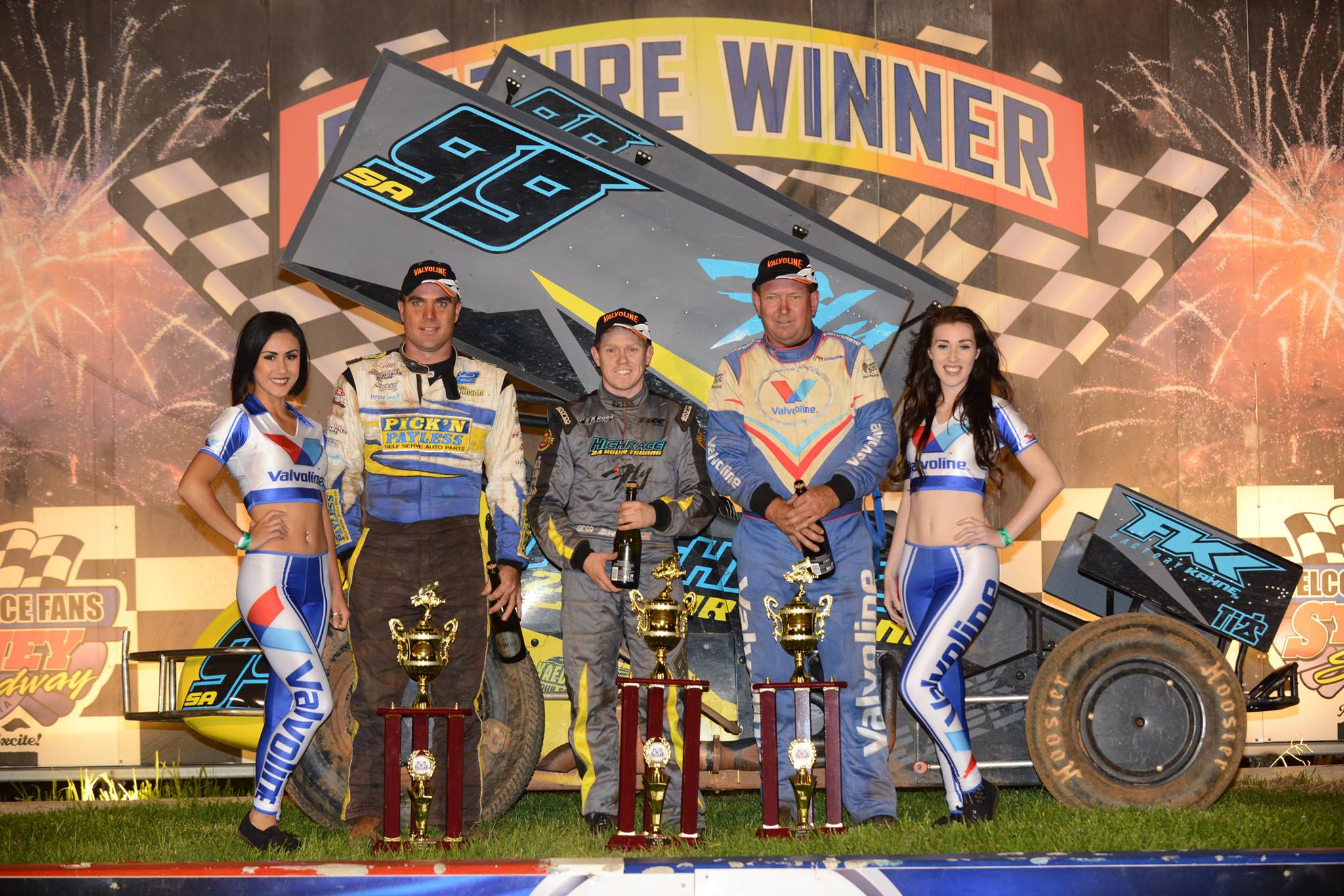