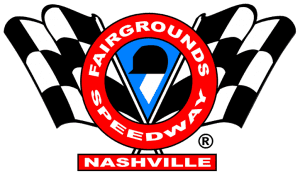 .
Testing Information –
Contact Claire at Fairgrounds Speedway Nashville by calling 615-254-1986.
Due to the unique and combined nature of the Nashville event, in conjunction with ARCA, ARCA’s testing rules will supersede normal testing rules for the two groups and the ARCA testing rules will be in place for all teams planning to race in the combined ARCA/CRA Super Series and Southern Super Series event. The rule permits ALL teams the ability to test at the track any time prior to 4 days in front of the event, and no teams (rookie or veteran) may test at the facility after Monday, April 4th.  Any teams that test outside these guidelines will not be permitted to compete. This applies to any type late model or ARCA car.

Event & Starting Field: There will be two 50 lap qualifying races (one for CRA teams for points, and one for SSS teams for points). Local, non affiliated teams will be placed in each qualifier to balance out qualifying races. The top 12 from each qualifier transfer to the final 75 lap Saturday Feature. (Should the above guidelines result in the difference in the total cars in each feature being greater than 4, series officials have the right to adjust the amount of transfers in each feature accordingly.)

The two highest in 2015 CRA owner points that do not transfer to final 75 lap event will also make the field. The minimum amount a CRA team can make for the event is $500 (must start qualifier to guarantee that). Bonus to top three finishers in CRA Qualifier: $200, $100, $50. Only the CRA 50 lap qualifier will be used to earn CRA feature points for the day. Invert will be 5-10. Final 75 lap Challenge will have the top 4 from each feature redrawing for their starting position in the top eight.

NOTE – Fairgrounds Speedway Nashville is located in the Central Standard Time (CST) Zone. Schedule Subject to Change at the Discretion of CRA and Track Enterprises Officials.
.
.Schedule of Events – Download
. 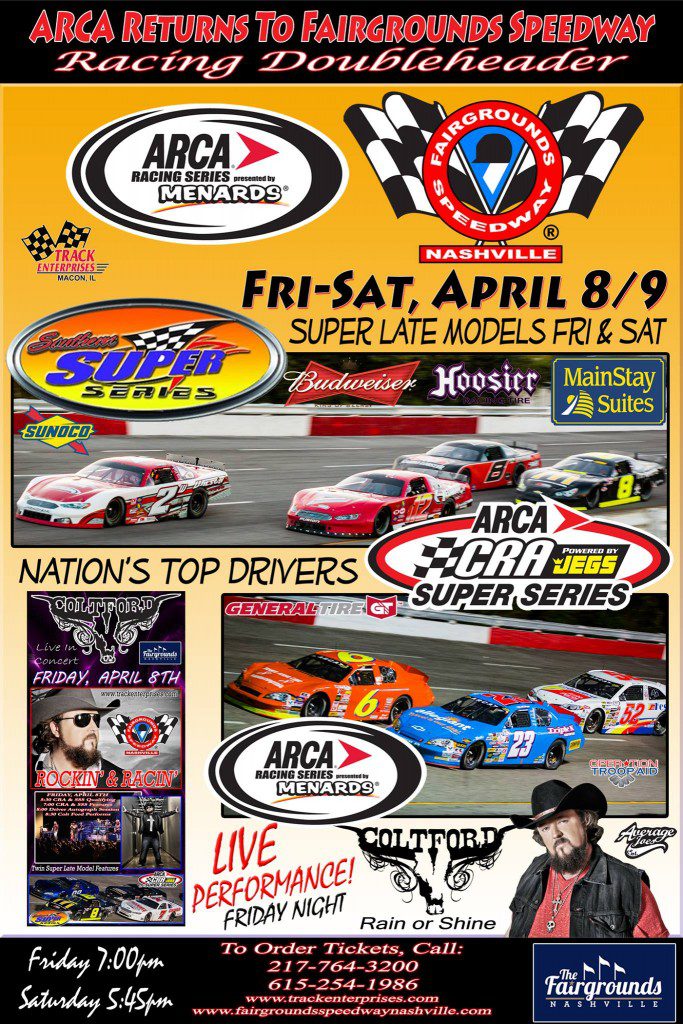