Scott Menlen2016-04-17T10:48:42-04:00
(Saturday, April 16) Anderson, Indiana – After making numerous appearances at Anderson Speedway, Terry Fisher Jr. finally claimed a win at the historic oval Saturday in Vores Weling Sportsman Late Model action. Fisher took advantage of an Ivy Tech Community College restart on lap 14 to use the outside groove to get around early leader Shawn Amor. Amor was passed seven laps later by fast qualifier Jeff Marcum, who used the inside line on a restart to move into the second spot.
.
For the next 54 laps Marcum stayed close to Fisher’s rear bumper but was never able to get into a position to make the pass. Fisher was able to maintain the top spot over Marcum despite two more caution periods in the final two-thirds of the race.
.
“I know Jeff (Marcum) has a lot of laps here,” Fisher said in the victory circle. “I was a little worried on the restarts. “The Steve Coe team gave me a great car tonight,” he said.
.
Eddie VanMeter finished third despite a spin on lap 17 while battling for the second position with Amor for the second spot. VanMeter moved into the third position on lap 52 but without another caution period could not close the gap on the two leaders. Keith Sterkowitz and Amor rounded out the top five.
.
“I’ve had some good runs at Anderson,” Fisher said. “But this is my first win here.” Helped by an inversion of seven for the 75-lap feature, Amor took the early lead from Tony Brutti with Billy VanMeter, Fisher and Marcum in close pursuit.
.
There were four caution flags in the first 20 laps for single car spins involving both VanMeters, Danny Trent and Brian Marrow. The driver on the move was Eddie VanMeter who had to start on the tail of the 17-car field following his spin and worked his way back into the top five after 45 laps. From there he passed Amor on lap 47 with an outside move entering turn four and five laps later got inside of Sterkowitz for the third spot. There were a total of six cautions flags and one lead change among two drivers.
Marcum set fast time during qualifying with a lap of 12.959-seconds to edge out the 12.970-second time of Eddie VanMeter with Fisher posting the third quick time.
.
By: Ken de la Bastide
. 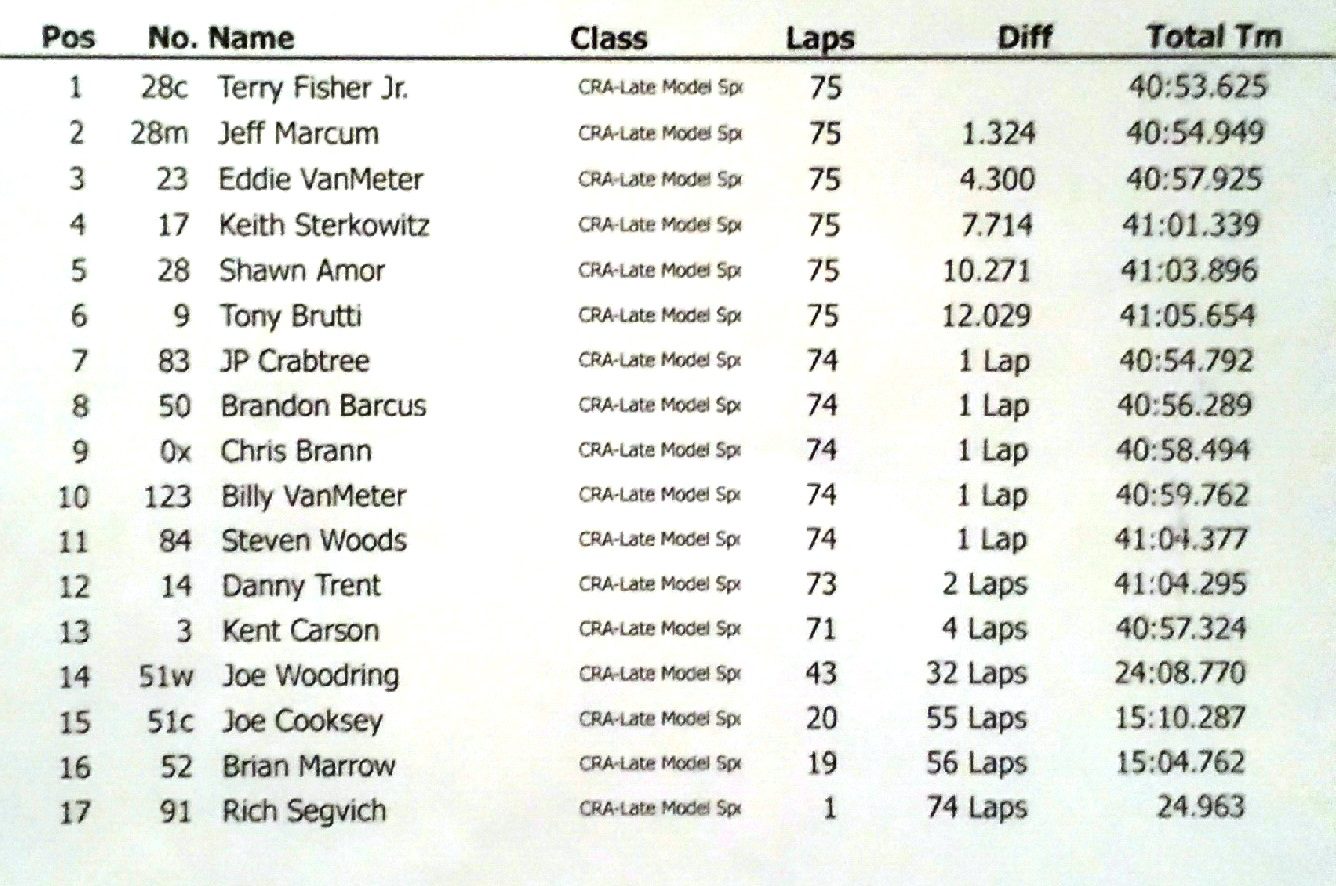 Tinkle Family Racing eagerly announces that Zachary Tinkle is the latest race car driver to become a part of the... read more