Salem, IN (April 22, 2016) – Champion Racing Association Powered by JEGS officials have announced that T & K Trucking has agreed to become a sponsor with the JEGS/CRA All-Stars Tour Presented by Chevrolet Performance for the upcoming 2016 race season. 2016 will be the sixth season of competition for the crate late model series. 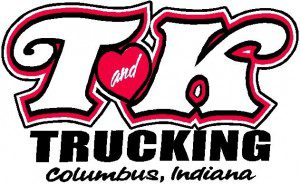 “We really appreciate T& K Trucking coming on board to support our JEGS/CRA All-Stars Tour for the 2016 season,” remarked R.J. Scott, Managing Partner with CRA. “This award will recognize and reward a driver who has done a great job advancing through the field to get a good finish at each series event and the driver who did it the most during the entire season!”

T& K Trucking is based in Columbus, Indiana and is a proud Hoosier Company. T & K Trucking will also be a supporter of VanDoorn Racing Development Rookie of the Year candidate Jared Thomas from North Vernon, Indiana. Thomas is a former competitor in the Vore’s Welding CRA Late Model Sportsman Powered by JEGS series and is making the move up to race full-time with the JEGS/CRA All-Stars Tour in 2016.

Salem, IN (September 1, 2020) – The ARCA/CRA Super Series Powered by JEGS teams would normally be getting ready to... read more

The world’s best late model racers will descend upon the World’s Fastest Half-Mile in 2017 when Bristol Motor Speedway, The... read more