Salem, IN. (June 15, 2016) – The JEGS/CRA All-Stars Tour Presented by Chevrolet Performance will head to the famed High Banks of Salem Speedway Fueled by the Hoosier Lottery, located in Salem, Indiana for this Saturday’s  Jay C Food Stores 100 Presented by JEGS.com. This will be the third visit to Salem for the series, last years scheduled event was canceled because of flooding at the track and could not be rescheduled. Cody Coughlin won the series inaugural event at Salem Speedway in 2013, on his way to claiming the series Championship that season, while Grant Quinlan won a thrilling late race shootout with Garrett Jones and Chuck Barnes Jr. in 2014.

Coughlin is the series point’s leader heading into Saturday night’s race and is entered to try and return to victory lane at Salem, Coughlin is also the point’s leader with the ARCA/CRA Super Series with three straight point wins. 2013 and 2014 ARCA/CRA Super Series Champion Travis Braden is entered, he is currently second in series points, he has not raced at Salem Speedway before, but has been to victory lane at Winchester Speedway.

There is an open practice on Friday, pit gates open at 3:30pm with open practice from 5 to 8pm. Pit gates open on Saturday at 1pm, practice will begin at 3:30pm with qualifying starting at 6pm. The race program will begin at 7:15 pm and will include the Jay C Food Stores 100 Presented by JEGS.com for the JEGS/CRA All-Stars Tour. Also racing on Saturday will be the Salem Speedway Lucas Oil Great American Stocks, the O’Reilly Auto Parts Pure Stocks and the Salem FWD Stocks.

More track and event information can be found at www.salemspeedway.com. More information on the JEGS/CRA All-Stars Tour Presented by Chevrolet Performance is available at www.cra-racing.com. 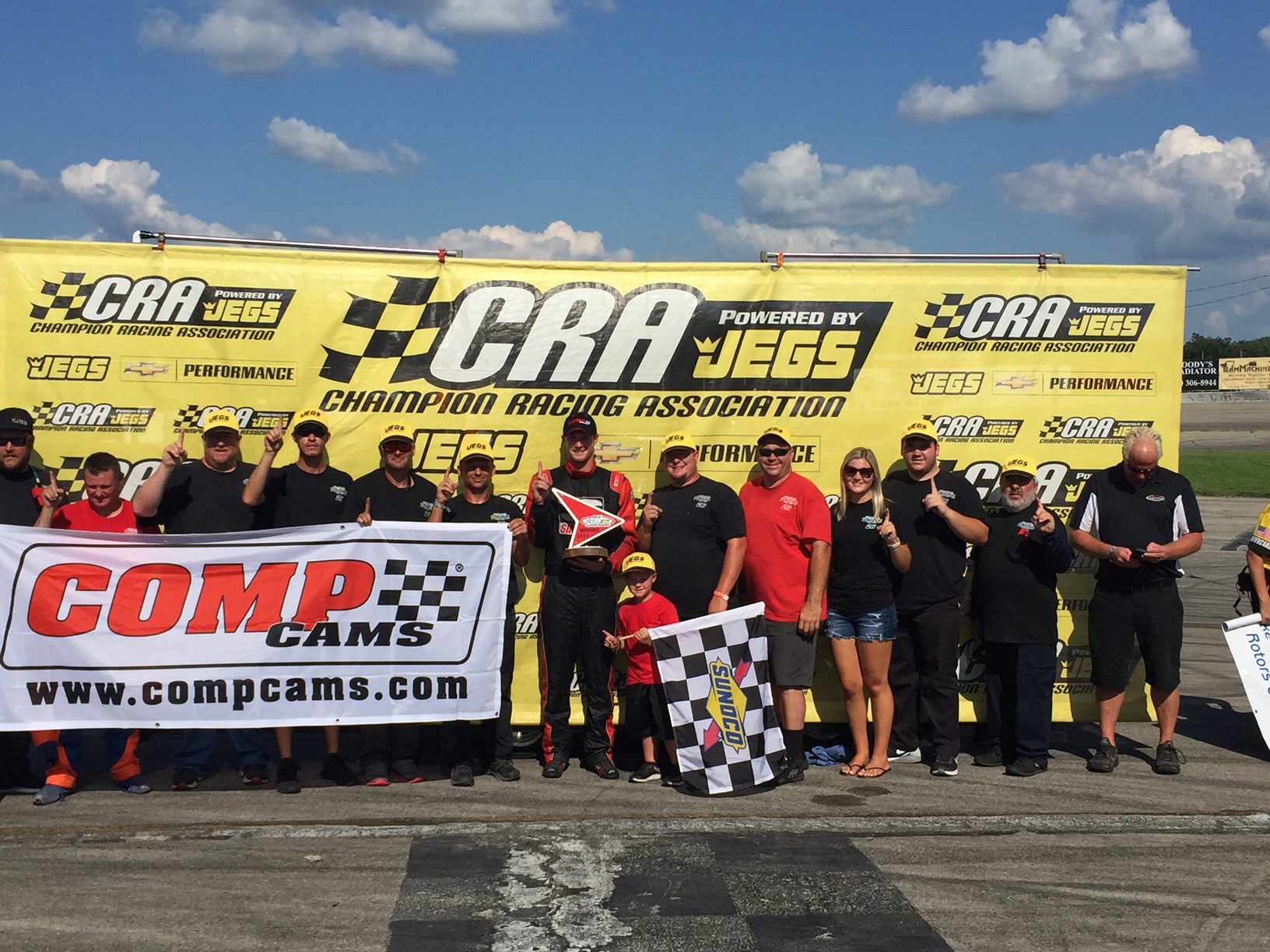