Salem, IN (July 13, 2016) – The ARCA/CRA Super Series Powered by JEGS will head to Anderson Speedway this Saturday for the 50th Annual Redbud 300 Presented by Mitch Smith Auto Service and Perfecto, one of the premier Super Late Model events in the country. The ARCA/CRA Super Series is celebrating its 20th season of competition in 2016, Anderson Speedway is where the series had its first ever event on Saturday, April 26, 1997. The Redbud 300 will be the 60th series event that Anderson Speedway has hosted since that Saturday in 1997, the most of any track the series has raced at.

The 50th Annual Redbud 300, will be 300 laps counting yellows, with a 10 minute break at lap 150 for teams to refuel, take tires and make adjustments. Teams will reline up for the second half of the race by how many tires they take at the break. The event will pay $10,000 to win.

Cody Coughlin is the current point’s leader with the ARCA/CRA Super Series after five point events so far this season. Coughlin has won three of the five events including the series May 7th event at Anderson Speedway. He also got wins Toledo Speedway and at Baer Field Speedway. Coughlin has a 42 point lead over Dalton Armstrong, the leader in the Senneker Performance Rookie of the Year standings. Armstrong won the series season opener at Fairgrounds Speedway Nashville, plus he has second place finishes at Anderson and Baer Field Speedway. Wes Griffith Jr. is third in points, with Thomas Woodin fourth in points. The top four in points are entered for the Redbud 300.

There will be an open practice on Thursday, July 14th, pit gates open at 4pm, with open practice from 5pm to 8pm. Pit gates open on Friday, July 15th at 12pm for a 1:30pm ARCA/CRA Super Series Redbud 300 open practice. Vore’s Welding CRA Late Model Sportsman cars will have a drivers meeting at 3:45pm, then practice begins at 4:30pm, with qualifying at 6:15pm. The race program will begin at 7:30pm and will include the PGG Shootout 150 Presented by Thompson Builders, Motion Motors and Norrick Petroleum for the Vore’s Welding CRA Late Model Sportsman. Also racing that night will be the Anderson Speedway Street Stocks and the Thunder Roadsters.

Pits open on Saturday at 10am, there is a two hour practice session for the Redbud 300 cars from 1pm to 3pm, with EDCO Welding qualifying at 4:15pm. There is an on track autograph session with all the drivers starting at 6pm. Pre-race ceremonies will begin at 7pm. The 50th Annual Redbud 300 Presented by Mitch Smith Auto Service and Perfecto is scheduled to take the green flag at 7:30pm.

For those fans who cannot attend the 50th Annual Redbud 300, a live pay-per-view broadcast will be available on Speed 51 TV. Order your pay-per-view ticket today by visiting Speed51.com.

Additional track and Redbud 300 event information can be found at www.andersonspeedway.com. 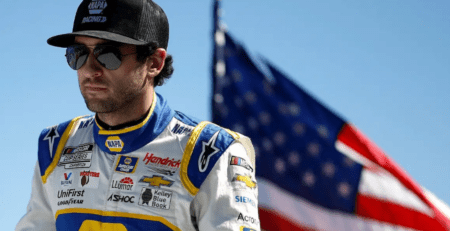