Salem, IN (August 11, 2016) – Veteran Michigan racer Brian Campbell overcame the extreme heat on Wednesday night and a tough battle with NASCAR Xfinity Series points leader Erik Jones to grab the win in the Kalamazoo Klash 125 as part of the Kalamazoo Klash XXIV at the famed Kalamazoo Speedway. On a day that saw heat index’s rise to over 105 degrees, the real battle was on the track as Brian Campbell put on a show with Jones to finally take the lead on lap 89 and go on and score his second ARCA/CRA Super Series Powered by JEGS win of the season and his 20th career series victory.

“It felt like a 125 laps of qualifying tonight, we never let up and there was no time to breathe tonight,” said Campbell, in victory lane.  “At the beginning it was just mediocre and then it really started to get fast towards the middle, and I never let up.  I’m telling you, I never took a breath. It was a good clean race and a great battle with Erik, obviously where he is in his career, he’s one of the best!”

Chris Koslek led the field to the green flag from his pole starting position after EDCO Welding Fast Qualifier Jones pulled the nine pill for the events invert. Koslek took the lead and held it until Jones was able to battle through the field and pass Koslek on lap 38 with Campbell following closely behind. A caution on lap 88 set up the final battle as Jones and Campbell battled side by side for several laps before Campbell was able to slip by and finally take the lead, but Jones pressured Campbell all the way to the checkers.

Campbell picked up the AR Bodies Cool Move of the Race for his pass of Jones to get the lead. Jones picked up the Hamner Racing Engines Hardcharger Award and a Hoosier Racing Tire Performance Award for coming from his scheduled ninth place starting position to finish in second. Jones also picked up the VanDoorn Racing Development Lap Leader Award for leading the most laps. It was announced earlier this week that Jones, the 2011 inaugural JEGS/CRA All-Stars Tour Champion, will compete full-time in the NASCAR Sprint Cup Series in 2017 for Furniture Row Racing.

Johnny VanDoorn overcame a pre-race radio issue that saw him duck on pit road on the first parade laps. VanDoorn’s crew was able to put in a new radio harness and get VanDoorn back on the track before the green flag flew, earning the PitBoxes.com Pit Crew of the Race Award. VanDoorn was able to come through the field and get a third place finish earning him the Sweet Move of the Race Award.

Koslek would finish in fourth after some tough battles throughout the race. Koslek picked up the Senneker Performance Rookie of the Race Award and the Fluidyne High Performance Cool Under Pressure Award. 2015 series Champion Grant Quinlan would finish in fifth place holding off series point’s leader Cody Coughlin who finished in sixth, one position in front of second place in points Dalton Armstrong.

The next ARCA/CRA Super Series Powered by JEGS event will be on Saturday, August 27th at Flat Rock Speedway. 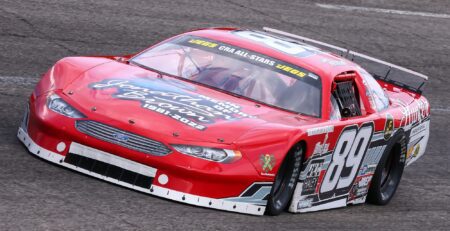 Coughlin Looking to Stay Hot in the Hoosier State 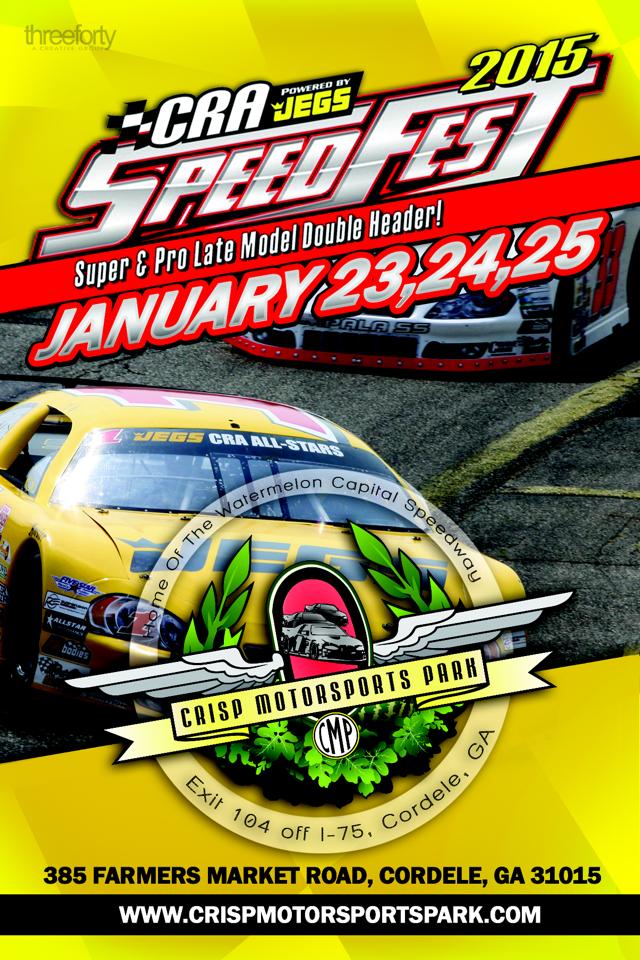