Salem, Indiana (December 6, 2016): Champion Racing Association Powered by JEGS has officially released the 2017 Schedule for the ARCA/CRA Super Series Powered by JEGS. The ARCA/CRA Super Series 2017 season will consist of 15 total races, with 14 of those being point events. 2017 will be the 21st season of competition for the Template Super Late Model touring series that first raced in 1997.

“We are really excited about the 2017 schedule with the ARCA/CRA Super Series,” remarked R.J. Scott, Managing Partner of CRA. “Our 21st season will provide our drivers with a great variety of challenging races on some of the best race tracks in the nation, with some of the most prestigious late model events in the country!”

A new format to determine a series champion will be used in all CRA divisions in 2017. Similar to the top levels of racing now and all major sports, CRA will utilize a regular season of events to determine those who are eligible to compete in the post season for a championship.  The final four scheduled races will be utilized as the playoffs or Chase.  Prior to the start of the final four races, the top 8 teams in Wins (then Points) that have attended 75% of the events are eligible for the Chase.  Prior to the season’s LAST event, the top 4 CHASE TEAMS in Wins (then points) during the CHASE and were at all CHASE events, will race for the season’s championship, with the highest finishing team in that event declared the season’s champion.

The 2017 racing season kicks off with the traditional non-points opener for both the ARCA/CRA Super Series and the JEGS/CRA All-Stars Tour with CRA SpeedFest 2017 at Watermelon Capital Speedway in Cordele, Georgia on Saturday-Sunday, January 28th & 29th. The ARCA/CRA Super Series race will be a 200 lap event, counting yellow flag laps up to lap 175. This event has traditionally attracted the best Super Late Model drivers from both the North and the South in this early season battle.

The ARCA/CRA Super Series will then kick off its 2017 point season on Friday-Saturday, April 7th & 8th at the famous Fairgrounds Speedway in Nashville. The event will be a co-sanctioned event with the Southern Super Series and the race program will include the ARCA Racing Series Presented by Menards.

The series will then head to Bristol Motor Speedway as part of the huge U.S. Nationals of Short Track Racing, an event that will be co-sanctioned by the Southern Super Series and the CARS Tour on Saturday-Sunday May 20th & 21st. That will be CRA’s first ever events at the famed “last coliseum”.

The series will then head to Baer Field Motorsports Park in Fort Wayne, IN on Saturday, June 10th, that track returned to the series schedule in 2015 after several seasons.

On Saturday, June 24th the series returns to Anderson Speedway for the famed Redbud 400. The event is being increased to 400 laps for the 2017 addition and it will have an increased purse for the battle on the fast quarter mile.

The series will then be part of an ARCA Doubleheader event on Friday, July 21st at the famed Lucas Oil Raceway, located just outside of Indianapolis, Indiana. The ARCA Racing Series Presented by Menards will also be in action in that event. That will be the only event for the series at Lucas Oil Raceway in 2017.

The series will then return to Kil-Kare Speedway in Xenia, Ohio on Sunday, July 30th. That track will reopen for the 2017 season after being closed for the last two seasons. The series last race there in 2014 when Brandon Oakley scored his first ever series victory.

The series will then head to Kalamazoo Speedway located just outside of Kalamazoo, Michigan to be part of the famous Kalamazoo Klash event on Wednesday, August 9th. The series stays in Michigan for its next event three days later at Flat Rock Speedway on Saturday, August 12th. 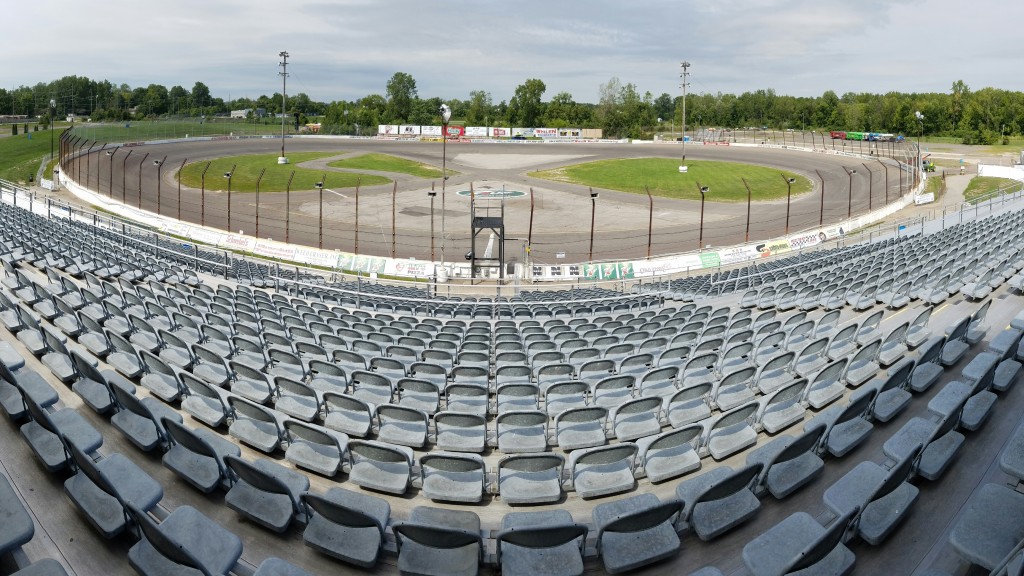 The series will then go to Berlin Raceway located in Marne, Michigan on Saturday, August 25th for the Battle at Berlin 251 event with its huge purse and the racer friendly format that was used for last year’s 251. This is event will return as a series points race and is scheduled to mark the start of the Championship Chase.

The series will then make its first of two visits to the famous High Banks of Winchester Speedway located in Winchester, Indiana for the traditional World Stock Car Festival over Labor Day Weekend, with the feature event on Monday, September 4th.

As previously announced the series will return to Toledo Speedway on Saturday, September 16th for a 100 lap event as part of the famed Glass City 200, which will also include a 100 lap event for the outlaw-bodied ARCA Late Models. Each race will pay $5000 to win and $800 to start.

The ARCA/CRA Super Series will crown their 2017 Tour Champion with the 46th Running of the prestigious Winchester 400 on Sunday, October 8th, in its second visit of the season to Winchester Speedway.

Salem, IN (February 6, 2019) – Champion Racing Association Powered by JEGS officials have announced that KONI has agreed to... read more

Special from Winchester Speedway - Everyone will tell you, the Van Hoy Oil CRA Street Stocks put on a show... read more

Spees51.com Story - Donnie Wilson and the Southern Super Series dominated a clash with the ARCA/CRA Super Series at the... read more