A new format to determine a series champion will be used in all CRA divisions in 2017. Similar to the top levels of racing now and all major sports, CRA will utilize a regular season of events to determine those who are eligible to compete in the post season for a championship. The final four scheduled races will be utilized as the playoffs or Chase. Prior to the start of the final four races, the top 8 teams in Wins (then Points) that have attended 75% of the events are eligible for the Chase. Prior to the season’s LAST event, the top 4 CHASE TEAMS in Wins (then points) during the CHASE and were at all CHASE events, will race for the season’s championship, with the highest finishing team in that event declared the season’s champion. 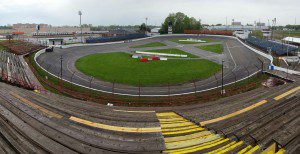 The Vore’s Welding CRA Late Model Sportsman have a total of 10 events on the 2017 schedule, with two events each at Anderson Speedway located in Anderson, Indiana, Lucas Oil Raceway located just west of Indianapolis in Brownsburg, Indiana, and at Winchester Speedway, located in Winchester, Indiana. The series will return to Baer Field Motorsports Park, located in Fort Wayne, Indiana, for two events in 2017, the series last competed at that track in 2013. The second Baer Field event is scheduled to mark the start of the Championship Chase. The series will make its first ever visit to Kil-Kare Speedway in in Xenia, Ohio, that track will reopen for the 2017 season after being closed for the last two seasons. There is one to be announced event on the 2017 schedule.

CRA would like to welcome Lawrence Towing of Indianapolis as the new Title Sponsor of the CRA Street Stocks in 2017. The Lawrence Towing CRA Street Stocks will have a total of 12 events on the 2017 schedule, including the very popular $3000 to win, 200 lap Street Stock Four Crown for 2017. The Four Crown events will be held at Shadybowl Speedway, Kentucky Motor Speedway, Anderson Speedway and a new 200 lap event at Winchester Speedway. The series will have three total events at Winchester Speedway, two total events at Anderson Speedway and at Lucas Oil Raceway in 2017.

The Lawrence Towing CRA Street Stocks will have an event at Bristol Motor Speedway as part of the huge U.S. Nationals of Short Track Racing. That will be CRA’s first ever events at the famed “last colosseum”. The series is tentatively scheduled to have its first ever event at Salem Speedway, located in Salem, Indiana, in 2017. The series will return to Baer Field Motorsports Park for an event, the series last raced there 2011. The Baer Field event is scheduled to mark the start of the Championship Chase.

Salem, IN (June 17, 2022) – ARCA/CRA Super Series Powered by JEGS officials have released the entry form for the... read more

Salem, IN (March 30, 2017) – Champion Racing Association Powered by JEGS officials have released the entry form for the... read more

Armstrong Planting Seeds Off Track, Winning On the Track

(Special from Speed51.com) 20-year-old race car driver Dalton Armstrong lives a life that is quite different from most young drivers hoping... read more