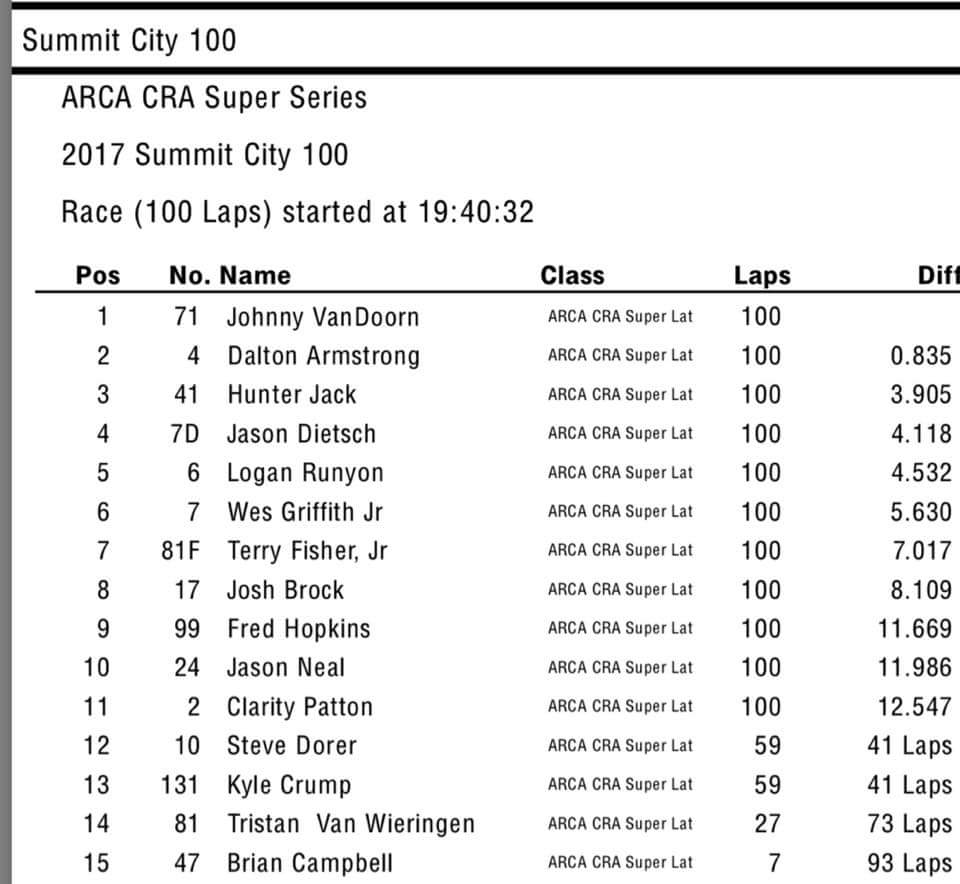 Salem, IN (August 23, 2017) – The ARCA/CRA Super Series Powered by JEGS will begin its Championship Chase with Saturday’s... read more