DuroByte Motorsports Story: (June 8, 2017) – Tristan Van Wieringen is set to make his 2017 racing debut with the ARCA/CRA Super Series Powered by JEGS in the Summit City 100 at Baer Field Motorsports Park located just south of Ft. Wayne, Indiana. The 19 year old Amherstburg, Ontario native just spent the school year at the University of North Carolina at Charlotte and is eager to get back behind the wheel of his DuroByte Motorsports race car.

“Since the off season has been longer than I expected I’m more amped than ever for this weekend!” remarked Van Wieringen.” Getting back into the seat again is something I have been missing for a while. We’re going back to a track I’ve been to before and had a decent run at, which is going to be a solid boost going into this weekend!” 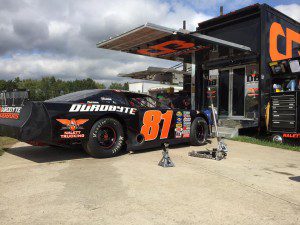 DuroByte Motorsports will campaign Howe Racing Chassis Ford’s again in 2017 for Van Wieringen with support from DuroByte and Nalett Trucking.

“We are very excited to have Tristan back in the car for this weekend,” remarked crew chief Jimmy D Smith. “We always had fast cars in the JEGS/CRA All-Stars Tour, so Tristan is a driver that you know will get everything possible out of the car. We are all very proud of Tristan for making his education and future career a priority this year. We hope to run with the ARCA/CRA Super Series whenever his schedule allows.”

Special from ARCAracing.com - Almost 60 drivers are set to test more than 30 cars in preparation for the 2021... read more

Salem, IN (June 17, 2022) – ARCA/CRA Super Series Powered by JEGS officials have released the entry form for the... read more

Welcome to the Spring 200 at Toledo Speedway in Toledo, Ohio for the ARCA/CRA Super Series Powered by JEGS and... read more