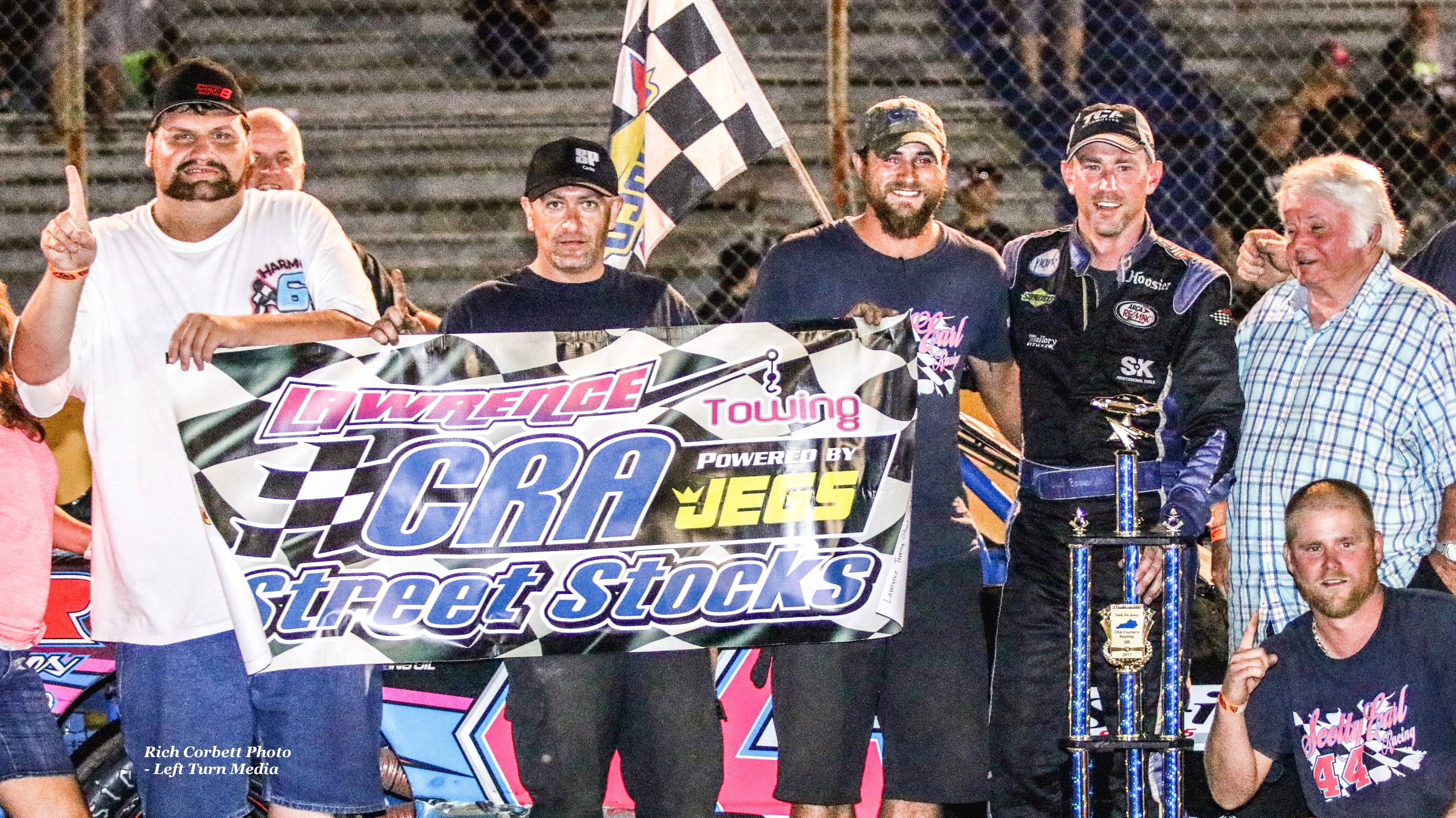 “It’s great to win again here at Kentucky Motor Speedway,” remarked Barnes Jr. in victory lane. “As always this event attracts a great group of cars and is always a tough place to win. We had a little luck on our side tonight, our car was really good at the end. I have to thank my car owner Scott Holbert and my crew for all their hard work to get us to victory lane!”

The Fischer’s Keystop 200 once again featured tight competitive racing throughout the field with a great mix of CRA regulars and local talent in front of a great crowd of Kentucky race fans. The event had 10 total cautions with two red flags.

Chris Harmon looked to have the car to beat by leading a lot of laps in the first half of the event and was the leader at the lap 100 halfway break, but rear-end issues kept him from starting the second half of the event.

2014 event winner Brett Hudson, who was on a two race CRA winning streak, plus a big win in the Salem Speedway Firecracker 200, looked to be on his way to the win Saturday night until bad luck struck with a broken wheel on lap 157 that ended his night.

Salem, IN (October 19, 2017) – Austin Kunert just wrapped up his third season of competition with the JEGS/CRA All-Stars... read more

Salem, IN (January 27, 2016) – Champion Racing Association Powered by JEGS will be heading South for SpeedFest 2016 this... read more