Special from ARCA: TOLEDO, Ohio (Nov. 13, 2017) – It was a big deal when Ty Majeski wrapped up his fourth consecutive ARCA Midwest Tour (AMT) championship in October. It also worked out pretty well for AMT Rookie of the Year Michael Ostdiek who has now earned the opportunity to make his first laps at Daytona Int’l Speedway through ARCA’s “Road to Daytona” program.

Each champion from the ARCA/CRA Super Series and the ARCA Midwest Tour earns the chance to go to Daytona Int’l Speedway and participate in ARCA’s open test in January. Majeski has already experienced the Road to Daytona; consequently, the program defers to the Rookie of the Year; hence Ostdiek got the call.

“I was lucky enough to race at Gateway, a mile-and-a-quarter; but Daytona is a two-and-a-half-mile track. To get the chance to have the full-bodied stock car experience at Daytona is a once-in-a-lifetime opportunity. Obviously, I’d like to get another opportunity; but for ARCA to provide this…it’s super-exciting.”

As it turns out, Ostdiek’s winter break from school will time out just right for ARCA’s annual open test at Daytona coming Jan. 13-14.

“I’m definitely planning on going. Our winter break ends on the 14th so it’d be perfect timing for me.”

ARCA/CRA Super Series champion Logan Runyon is also scheduled to participate in the Road to Daytona. 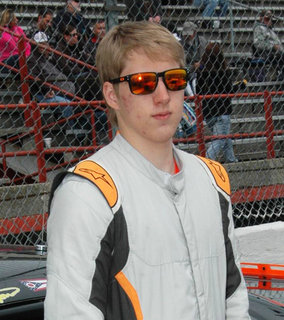 “I’m excited for sure,” said Runyon. “I’ve never even been to Daytona so the first time I see the place I’m going to get to drive. A little nervous, but mostly just excitement. We don’t really have to think much about aero in the late models but being in the pack in a full-body stock car is just something I haven’t experienced yet. Having to pay attention to aero in the pack is going to be new. Definitely excited, and thanks to ARCA for this really cool opportunity.”

“Along with some of our corporate supporters, we have developed a way to provide that experience to some very deserving drivers,” said Mark Gundrum, ARCA’s VP for business development. “Of all the people who race cars, at one level or another, only a very, very small percentage of them will ever have the chance to drive a race car around Daytona International Speedway.” 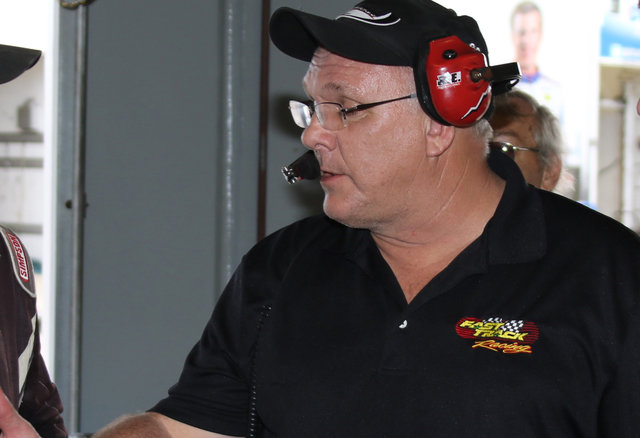 “We’ve been involved since the inception of the Road to Daytona,” said Hillenburg. “It’s a perfect fit in the driving school industry, which I’ve been involved with for 29 years. It’s something I really enjoy…helping young drivers work their way up the ladder. I truly enjoy it, and it’s why I have the career I have.”

Since its inception, ARCA has provided racers the opportunity to test their skills on a wide variety of tracks. ARCA’s flagship property, the ARCA Racing Series presented by Menards, is a destination series for some, and, a development series for drivers aspiring to advance their careers. The series has helped develop the careers of some of the biggest names in racing.

This marks the third consecutive year ARCA’s annual pre-season testing at Daytona will be held in January. Historically, the annual open tests at Daytona were held in December.

A third day of on-track activity, if necessary, has been scheduled for Sunday, January 14. The Sunday date is being reserved as a rain date, in the event either Friday or Saturday’s activities are affected by weather. ARCA announced in May of 2016 that all teams racing at Daytona and Talladega in 2018 would be required to run the composite material body.

Salem, IN (September 28, 2017) – Outerwears Performance Products is once again sponsoring the Outerwears Crew Chief of the Year... read more

Welcome to Lucas Oil Raceway (IN) for the seventh race of the 2015 racing season within the ARCA/CRA Super Series Powered... read more