The Vore’s Welding CRA Late Model Sportsman have a total of 11 events on the 2018 schedule, including a new Triple Crown Series that will feature three 100-lap, $2000 to win events, and a points fund that will pay the Triple Crown Champion $1000. There will also be 2 random draw winners for $500 each from all teams that have attended all three Triple Crown events.

The 2017 Chase format for determining a series champion produced more teams competing for a championship, in every CRA division, than the previous year.  Officials want to see that continue for the tracks and fans, while addressing ways to put more value in being the overall series points leaders. CRA will announce final changes to the Chase format for 2018 at the awards banquet on January 5th. 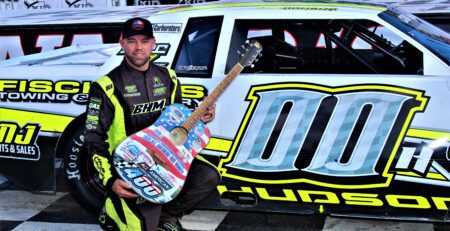 Special from Speed51.com - The final laps of the ARCA/CRA Super Series portion of the Glass City 200 were nothing... read more