Salem, Indiana (February 7, 2018): Champion Racing Association Powered by JEGS announced today that they will be partnering with area racer and industry veteran Dave Duncan to promote the CRA Fall Brawl event at Lucas Oil Raceway outside of Indianapolis on September 29th and 30th.

“We’re excited to have Dave come on board with us and take over the promotional role for Fall Brawl,” noted CRA partner R. J. Scott.  “He’s got a ton of passion for racing in Indy, and he brings some great experience and connections to the table to help take the event to the next level.  This will give him the singular focus of bringing sponsors to the event, and putting butts in the seats.  He will be able to give this event the attention it deserves and I believe the racers and fans will really appreciate the work that he does!”

Besides being a racer of all types of cars going back to the 1980’s, Duncan has been a leader in the racing industry as well.  He was part of a group to build and help bring modified racing to the 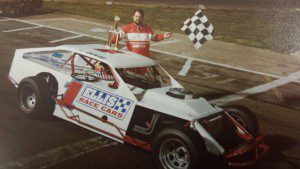 Midwest with his association with Dave Dayton.  In the late 1990’s, he put together a stout plan for building a new race track on the north side of Indianapolis, before politics in the zoning of the project became too much to overcome.  In 2001 and 2002, Duncan was the promoter of Kokomo Speedway, helping to get that facility back on its feet and headed in the right direction.
Through the years he maintained a successful auto salvage business, until selling it two years ago.  Today, Duncan is the owner of the ever-expanding Elwood Antique Mall and Flea Market.

While the changes in his business environment have kept him very busy the last few years, his passion for motorsports has never waned, and he’s excited for the new challenge of promoting the Lucas Oil Raceway CRA Fall Brawl.

“Lucas Oil Raceway is probably one of my favorite facilities,” commented Duncan.  “The racing is great and the facility is incredible.  R. J. and I talked about me coming on in this role at last year’s event where I was a competitor.  I’m now at a place where I have the time to focus on promoting the event, and implementing some very cool promotional ideas.  I have a long-term plan in mind, and I think the racers will enjoy racing in front of a much bigger crowd than in years past.”

One highlight Duncan has planned is adding racing to Saturday night of the weekend, highlighted by the addition of Super Modifieds, a motorcycle stunt show and fireworks on that evening. 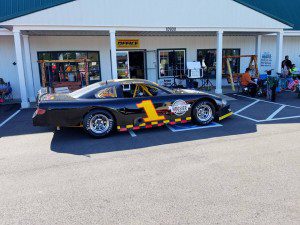 Outside the race track, fans and racers can look forward to seeing a vendor midway as well as a car show display.  Rounding out the weekend will be feature racing in five divisions on Sunday afternoon.  250 laps of feature racing will be run with the JEGS/CRA All-Stars Tour Presented by Chevrolet Performance, the Vores Welding CRA Late Model Sportsman, the I-CAR All-Star Modified Tour, the Lawrence Towing CRA Street Stocks and the Vores Compact Touring Series Presented by Mercer County Electric.

“I’ve got the whole season to promote the racing and the events around the racing, so I’m pretty excited about the potential,” the Indiana native added.  “I hope lots of people will join me in making this event the major event it should be, and marking again why Indianapolis is the racing capital of the world!”