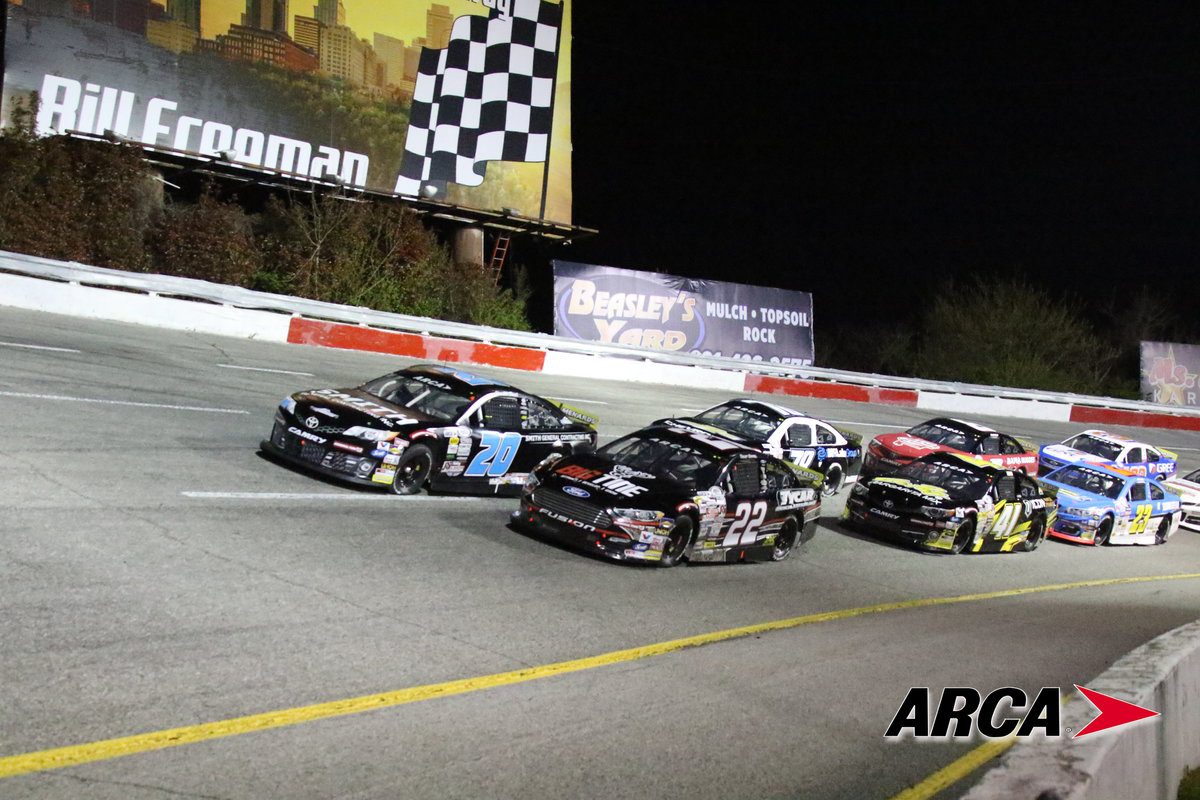 (Nashville, TN) Fairgrounds Speedway in Nashville, Tennessee, will host the ARCA Racing Series presented by Menards for the Music City 200 on May 4, 2019. The date is roughly a month later than previous seasons at Nashville.

As has been the case in past years, the ARCA Racing Series race will run in conjunction with the ARCA/CRA Super Series, the Southern Super Series, and the CARS Tour which will combine to run a 100-lap super late model event on the 0.596-mile high-banked oval prior to the ARCA headliner on Saturday night.

“We have had some really good races at Nashville over the last four years and with the move to May, we should have some warmer weather as well,” said event promoter Bob Sargent of Track Enterprises. “It’s one of the best doubleheader races in the country, as the best in ARCA and the top Super Late Model series all come together.”

The series returned to Fairgrounds Speedway for the first time since that 1992 race in 2015 when Grant Enfinger won en route to the series championship. Other ARCA winners since the series returned include Josh Williams, Chad Finley, and last year’s winner Zane Smith.