Salem, IN (November 21, 2018) – Champion Racing Association Powered by JEGS officials have announced that PitBoxes.com will continue to support CRA teams with the ARCA/CRA Super Series Super Powered by JEGS and the JEGS/CRA All-Stars Tour Presented by Chevrolet Performance for the upcoming 2019 race season. For the fourth season in a row PitBoxes.com will continue its Pit Crew Award Programs with both series.

“This is our chance to continue to directly connect with the crew members,” said Pitboxes.com Owner Ricky Sanders. “The drivers get a lot of the recognition, and rightfully so, but at Pitboxes.com we relate to the hard-working crew members who are the driving force behind much of a car’s success. We look forward to partnering with CRA again on this award and look forward to recognizing some of the awesome crews out there.”

“This is a fantastic award that Ricky has come up with,” remarked Glenn Luckett, Managing Partner with CRA. “As much as this sport focuses on the driver, stock car racing is still a team sport. Without a hard working pit crew, the driver is just not going to do well in our races. CRA is very competitive racing and it takes a good, dedicated pit crew to finish at the top each week or to make the best of a bad situation that has happened!” 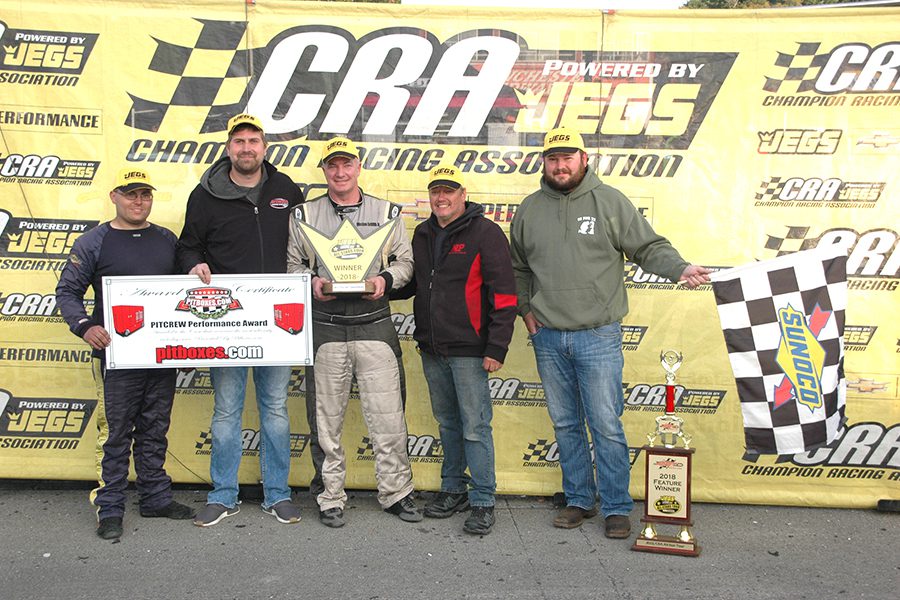 With the popularity of the internet, Pitboxes.com was launched in 1999 with a goal to specialize in fabricating a high quality line of standard and custom pitboxes. Since that time the boxes have gained such popularity that they have become standard equipment for almost any racer from Go Karters to Motorcycles to Upper levels of motorsports and everything in between. The products offered by Pitboxes.com has also changed quite a bit over the years having started with a stick built steel frame with a store bought toolbox to a much more modern process of CAD drawn, Laser Cut, Computer formed, all aluminum construction, with an in house built drawer system that is built to with stand not only the use by the race teams but also the many miles on the highway that a race team has to do going from race to race.

If you are a pro, amateur or even new to the racing profession we are very proud to offer you a world class pit box or pit cart! We manufacture a complete line of standard pit boxes, custom pit boxes, and pit carts to fit your particular needs and requirements. We are located in Stockbridge GA and our boxes are manufactured right here in the USA. Pitboxes have been shipped all over the world and we can custom create anything you have in mind for your own pit box. Give us a call and let us create your dream PITBOX! More Information on PitBoxes.com is available at www.pitboxes.com.

Salem, IN. (August 9, 2016) – The JEGS/CRA All-Stars Tour Presented by Chevrolet Performance will return to action this Saturday... read more