Special from Speed51.com – The first two-thirds of the Battle at Berlin 251 was pedestrian until Mother Nature intervened and caused a nearly two-hour delay.  From there, it was Boris Jurkovic making a late charge to the front over the final 74 laps to pick up his first Berlin 251 win, but it did not come without controversy.

Jurkovic and two-time ARCA/CRA Super Series champion Travis Braden raced hard for the lead following a restart with five to go. When the two leaders washed up the race track in turns three and four, contact with polesitter Johnny VanDoorn and Kyle Crump ended with Braden hard in the turn one wall with three to go.

Jurkovic would hold off Crump and others on the final three-lap dash to the finish to pick up a long-overdue major Super Late Model victory.  Speaking about the late-race incident with Braden, he saw it as two drivers vying for a big win.

“I’d have to look at the tape but I think I ran up on him a little bit, I pushed him half a groove or something,” Jurkovic told Speed51.com.  “We got back in the next corner and he didn’t like it too much.  He rolled up on me and we drag raced down the backstretch and almost put us both in the fence there.  It’s racing, he wants to win, I want to win.  I’m sure he’s not happy and I’m not real happy either; that’s just how it goes.”

“He just kind of drove me up the race track over there and I did it back to him, I hope he expects that from now on,” Braden said. “When him and I did that, Johnny (VanDoorn) got a run on the inside and we were three-wide.  He was trying to win the race and he didn’t give us enough room and we all got together on the frontstretch and I was the one that was along for the ride.”

Saturday night’s win was the first major Super Late Model victory for Jurkovic since the 2011 Winchester 400.  The now-six time Berlin Raceway feature winner in 2019 has credited his new-found success to the Rowdy Manufacturing chassis he bought over the offseason, as well as the help and support he has received from Crew Chief and Rowdy Manufacturing General Manager Cody Glick.

“It’s huge. I struggled here, pretty much everywhere the last few years,” he said.  “I got a Rowdy car and I finally got to be competitive again.  We came up here and won right out of the box and I think it’s our sixth feature win here.  It means a lot, it’s a really tough race track, technical, and with the best race car drivers in the country.” 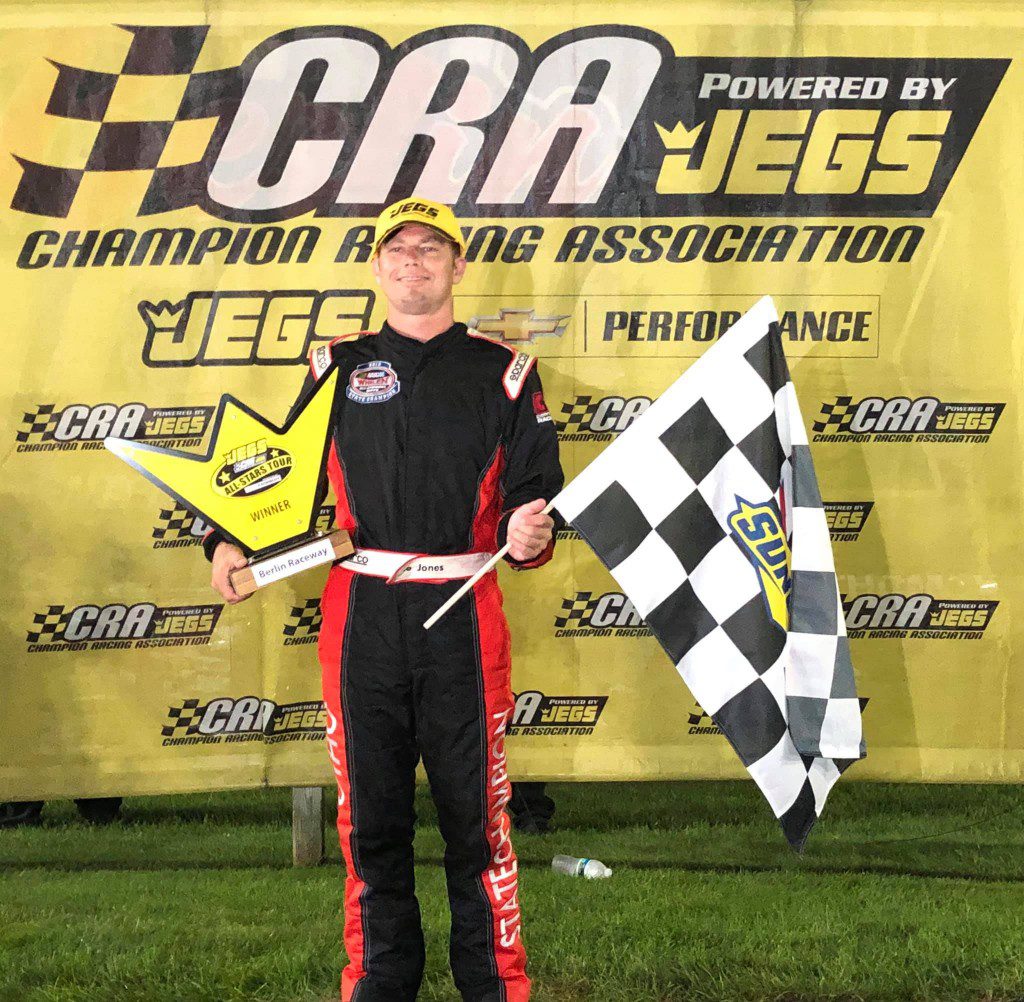 With his sixth-place finish, Ohio driver Kyle Jones was credited with his first-career JEGS/CRA All-Stars Tour win by virtue of being the top finishing Pro Late Model driver.

The next stop for both the ARCA/CRA Super Series and JEGS/CRA All-Stars Tour will be at Winchester Speedway for the World Stock Car Festival on Labor Day Weekend.  It will serve as the second race of the “Chase” for the two series.