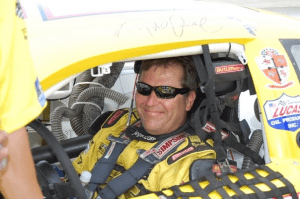 For the first time ever, officials from Shadybowl and CRA have worked out a Challenge Format to bring the best Late Model Sportsman drivers from the Midwest for this challenge event at Kil-Kare Raceway for a $1,200 first place payoff. The event at Kil-Kare will be a co-promotion between CRA, the Vores Compact Touring Series and Shadybowl Speedway promoter Rick Young. This will be the only racing event on the oval track at Kil-Kare Raceway in 2019.

Pit gates open on Sunday at 12noon. Spectator gates open at 1:30pm. Practice will begin at 1:30pm. Qualifying will begin at 3:45pm. The race program is set to begin at 5pm and will include the 75 lap Vore’s Welding CRA Late Model Sportsman versus the Shadybowl Speedway Late Models Challenge event. The Van Hoy Oil CRA Street Stocks will have a 75 lap feature, the Vores Compact Touring Series will have a 30 lap feature. There will be a 100 lap Compact/FWD Endure Feature to conclude the racing action Sunday.