Bristol, TN. (Oct. 7, 2019) – Many of the best short track racers in the world will once again try to tame the hallowed high banks of Bristol Motor Speedway when the Short Track U.S. Nationals returns in 2020 with a similar date and program from the successful 2019 event.

The show will continue to be just two days, Friday, May 29 and Saturday, May 30, and will showcase four exciting classes, headlined by the powerful Super Late Models. Along with Super Late Models, the event will feature race action for Pro Late Models, Street Stocks and Compacts. The popular two-day format will provide competitors with additional practice opportunities throughout the day on Friday and will be followed by practice, qualifying and racing on Saturday. Vore’s Welding and Steel will also return as the presenting sponsor for the weekend.

“We’ve received tremendous feedback from teams and spectators alike on last year’s two-day schedule of events and look forward to making 2020 even better,” said Jerry Caldwell, executive vice president and general manager of Bristol Motor Speedway. “Our collective teams are developing new programs that will help pave the path for future stars of NASCAR to cut their teeth on the high banks of Bristol and this coming year is shaping up to be the best yet.”

The sanctioning bodies leading the efforts in 2020 for the Super Late Models are the ARCA/CRA Super Series powered by JEGS, The Southern Super Series and the CARS Tour. The Pro Late models will be sanctioned by the JEGS/CRA All-Stars Tour presented by Chevrolet Performance. The CRA Van Hoy Oil Street Stocks will oversee their portion of the show, while the Vore’s Compact Touring Series will handle the sanctioning of the Front Wheel Drive Compacts.

Additional details regarding the event, including new programs for 2020 will be announced in the coming months.

About Bristol Motor Speedway
Forged amid the scenic mountains of Northeast Tennessee near the Virginia state line, Bristol Motor Speedway is The Last Great Colosseum, a versatile multi-use venue that hosts major auto races, football games, concerts and many other captivating events. The facility features a 0.533-mile concrete oval race track with 28-degree corner banking and 650-feet straightaways that offers racing in several NASCAR touring series, highlighted by two major Monster Energy NASCAR Cup Series weekends. While at the track, fans are offered a unique viewing experience courtesy of Colossus TV, the world’s largest outdoor center-hung four-sided video screen with a 540,000-watt audio system. The adjacent quarter-mile dragstrip, Bristol Dragway, offers more than 50 events annually, including the marquee NHRA Thunder Valley Nationals. The Thunder Valley Amphitheatre presented by Ballad Health transforms Bristol Dragway into a premier outdoor concert venue for the world’s greatest music performers. Three football games have kicked-off inside the oval, most notably the 2016 Pilot Flying J Battle at Bristol, where border rivals the University of Tennessee and Virginia Tech met before an NCAA-record crowd of 156,990. In existence since 1961, Bristol Motor Speedway was purchased in 1996 by Bruton Smith and his Speedway Motorsports company, a leading marketer and promoter of motorsports entertainment in the United States. The Speedway Children’s Charities Bristol Chapter was established the following year and has distributed nearly $15 million to local non-profit children’s organizations within the sixteen counties surrounding the Speedway. For more information, please visit www.bristolmotorspeedway.com

Charlotte, North Carolina (Tuesday, April 21, 2015): "Fired-up" does not begin to describe how Corey Deuser is feeling about this coming... read more

Special from Speed51.com - On a beautiful day in the mountains of northeastern Tennessee, Thunder Valley roared back to life... read more 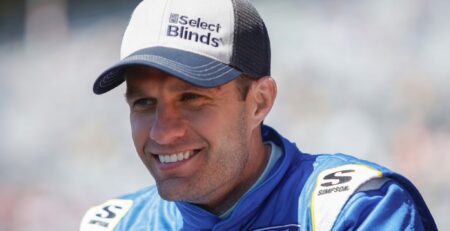