Speed51’s live pay-per-view coverage of the Winchester 400 will return for the fifth consecutive year, bringing the prestigious and historic event to a worldwide audience.

The live broadcast of the 48th Annual Winchester 400 will show all three days of racing from the famed high-banked half-mile. Many of the divisions in competition throughout the weekend will also be crowning their 2019 season champions, including all four series under the Champion Racing Association (CRA) banner.

There are single-day ticket options available for all three days of the Winchester 400, as well as a three-day ticket priced at $49.99, which will save fans $15 over the course of the weekend.

“We’re excited to once again have the opportunity to partner with CRA and Winchester Speedway to bring this crown jewel event to race fans nationwide,” said Speed51 Editor Brandon Paul. “If last year’s thrilling battle between Jeff Choquette and Chandler Smith is any indication of what we’ll see this year, those at Winchester Speedway and those watching on Speed51 will only need the edge of their seats.”

Lastly, October 13 boasts the 48th Annual Winchester 400, one of the most demanding and exciting events of the year for Super Late Model competitors. Drivers and teams will be pushed to the limit over 400 demanding laps around Winchester’s 37-degree banking. Sunday’s pay-per-view broadcast is priced at $24.99.

Live video tickets can be purchased now by visiting www.speed51.com/winchester400.

For more information regarding the Winchester 400, visit www.cra-racing.com. 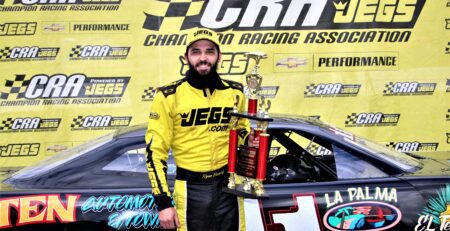