Keeven started out the season just learning the cars and the tracks but did win his heat race in the series second event of the season at Baer Field Motorsports Park. Keeven really picked up his competitiveness beginning at the August 10th event at Anderson Speedway. He won the fast heat that evening, beating series 2019 Champion Chase Burda, then finished second in the feature event to Burda, his highest feature finish to date.

Keeven carried that momentum on to the Corrigan Oil Speedway event that following week, he finished second to Burda in his heat race. Keeven then took full advantage of his pole starting position for the feature, taking the lead at the drop of the green flag with Burda in tow in second. Keeven pulled away to a half straight away lead before the yellow flew on lap 21 when Burda spun. On the third attempt to go back green on lap 21 Zack Wilhelm managed to grab the lead from Keeven, but Keeven did not give up. Keeven made the inside pass in turn three coming to the checkers to grab his first series feature win and his first ever Late Model win.

Keeven was one of the six drivers locked into the Chase for the Championship after the Anderson event, and with the win at Corrigan he locked himself into the final three drivers to race for the series Championship at the series season finally at Anderson. Keeven would finish in second to inaugural Champion Burda in the season Championship event, closing out a great season, which included two heat race wins, one feature win and three second place feature finishes. 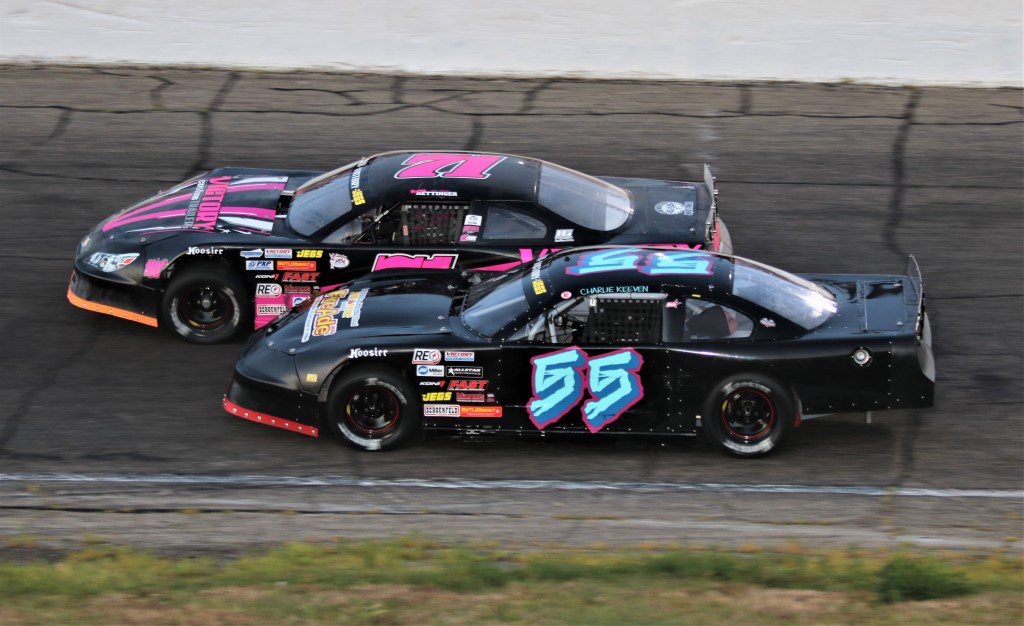 “It was a lot of fun racing with the Victory Custom Trailers CRA Junior Late Models this season,” remarked Charlie Keeven. “It was cool to be part of the first season with the series. We learned a lot and our program really picked up the second half of the season with Brent Downey’s help. Winning the feature at Corrigan Oil Speedway was awesome, I thought I had lost it, but fought back to make the winning pass there on the last lap!”

“Charlie did a great job this year,” remarked Chuck Keeven, Charlie’s father and car owner. “He’s wanted to race since he could first talk. He just loves it and wants to do whatever it takes to get better. His mom and I are doing whatever we can to help him reach his goals in racing!”

Charlie Keeven added, “We decided to move up and race with the JEGS/CRA All-Stars Tour in 2020. We will compete for the Rookie of the Year and the Season Championship. I know it’s a lot more competitive in that series and the features are 100 laps, so I’m preparing myself by working out with a personnel trainer to get ready. I’ve already lost 19 pounds, my goal is to lose 10 more before the season starts. I can’t wait to climb back behind the wheel!”

Plenty of Fireworks Planned for Winchester on June 5