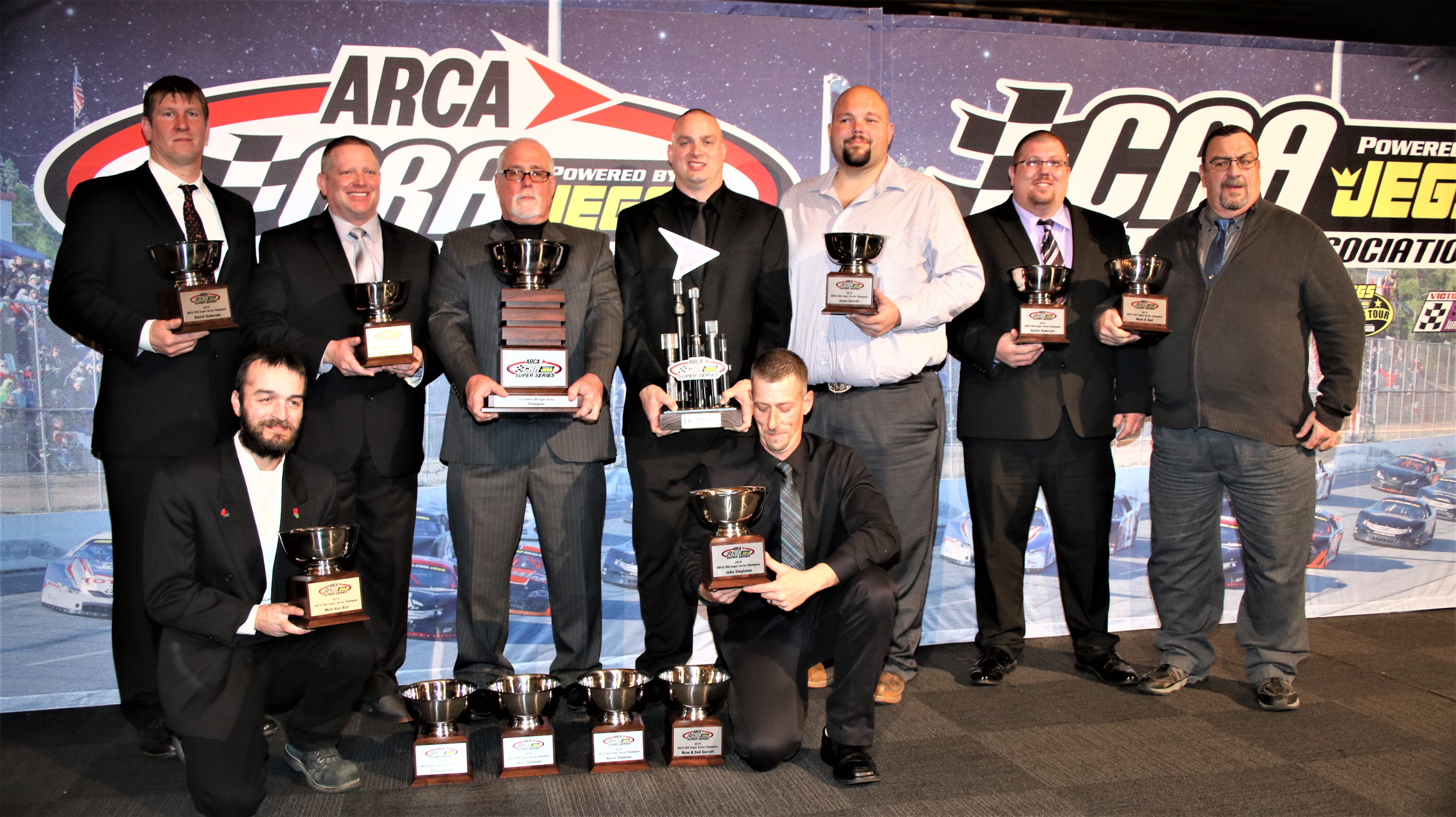 Similar to the top levels of racing now and all major sports, CRA utilized a regular season of events again in 2019 to determine those who were eligible to compete in the post season for the championship. The final four scheduled races were utilized as the playoffs or Chase. Prior to the start of the final four races, the top 8 teams in Wins (then Points) that have attended 70% of the events were eligible for the Chase. Prior to the season’s final Championship event, the Regular Season Points Champion and the top 3 Chase Teams in Wins (then points) during the Chase and were at all Chase events, raced for the season championship event in each division, with the highest finishing team in that event declared the season’s champion.

Van Alst was the 2019 Sunoco Race Fuels Sportsman of the Year Award winner for the ARCA/CRA Super Series. Championship contender Hunter Jack Racing and Owner Brent Jack were honored as the winner of the 2019 Darrell Teal Outstanding Dedication Award for their dedication to CRA during the entire 2019, even after the tragic loss of a teammate early in the season. Wimmer Motorsports was awarded the 2019 Outerwears Crew Chief of the Year Award for the second straight season, Chris Wimmer and Travis Sauter were the Crew Chiefs for series runner up in 2019 points Josh Brock. 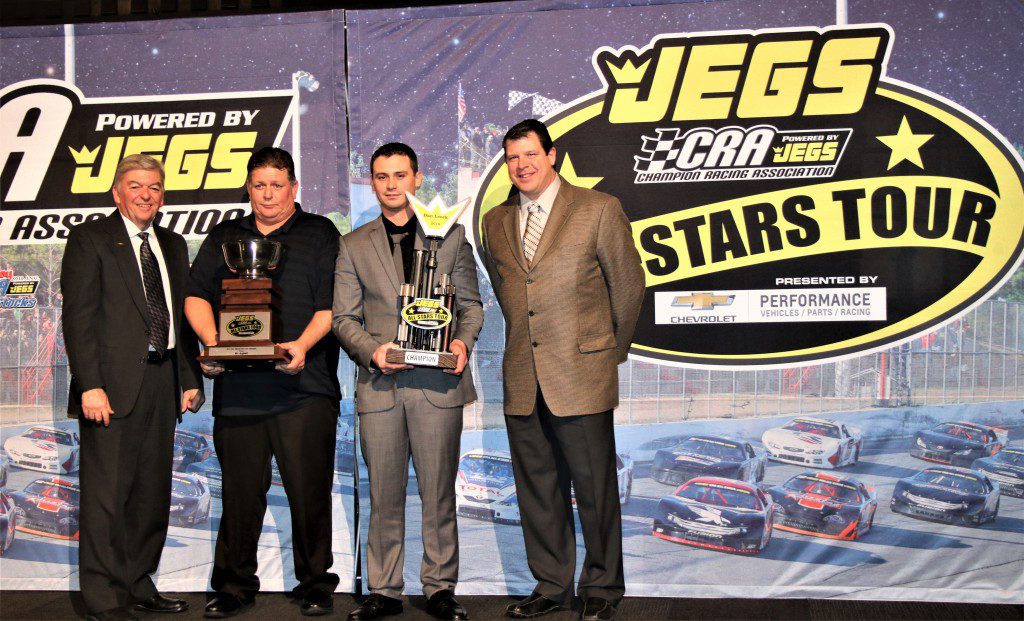 Dan Leeck was officially crowned the 2019 JEGS/CRA All-Stars Tour Presented by Chevrolet Performance Champion, it was his second Championship with the series joining Dossey III and Cody Coughlin as series two-time Champions. Jaden Cretacci was honored as the VDL Fuel Systems Rookie of the Year Award winner.

Trever McCoy was the 2019 Sunoco Race Fuel Sportsman of the Year Award winner for the JEGS/CRA All-Stars Tour. Team Chick Racing with driver Mandy Chick and car owner Steve Chick were honored as the winner of the series 2019 Dedication Award for traveling the most of any team competing full time with the series in 2019. 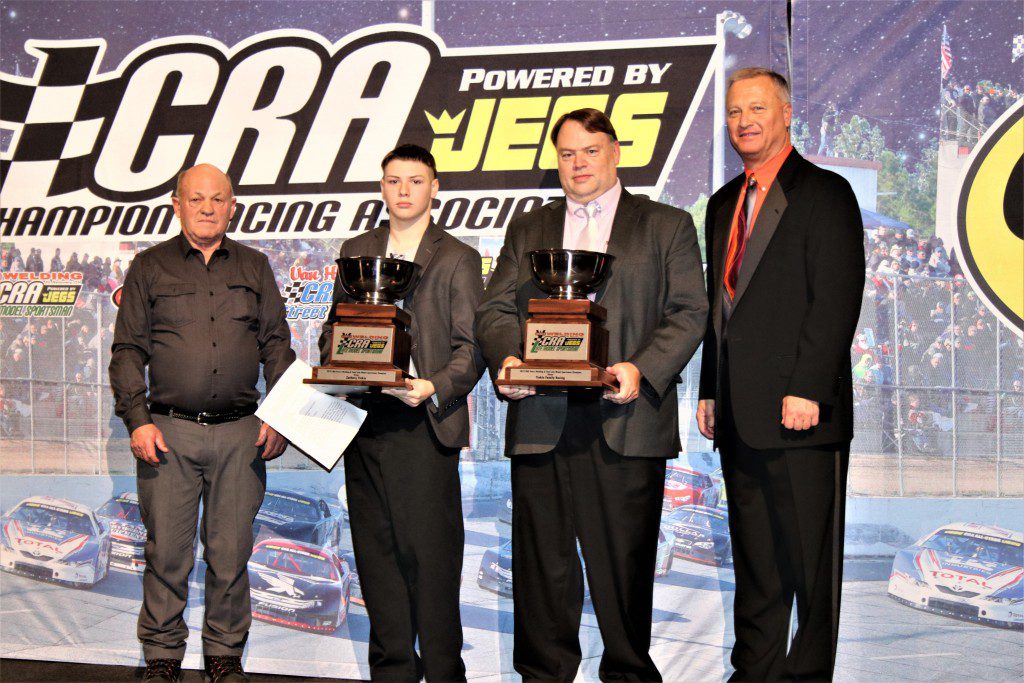 Veteran Central Indiana racer Kent Carson was honored as the CRA Late Model Sportsman Chew’s Garage and Performance Sportsman of the Year Award winner. 20017 series Champion Billy Hutson was awarded the series 2019 Dedication Award for his dedication in coming back from serious damage at an event in August to win the next series event at Winchester Speedway and be in the final four drivers to compete for the series Championship. 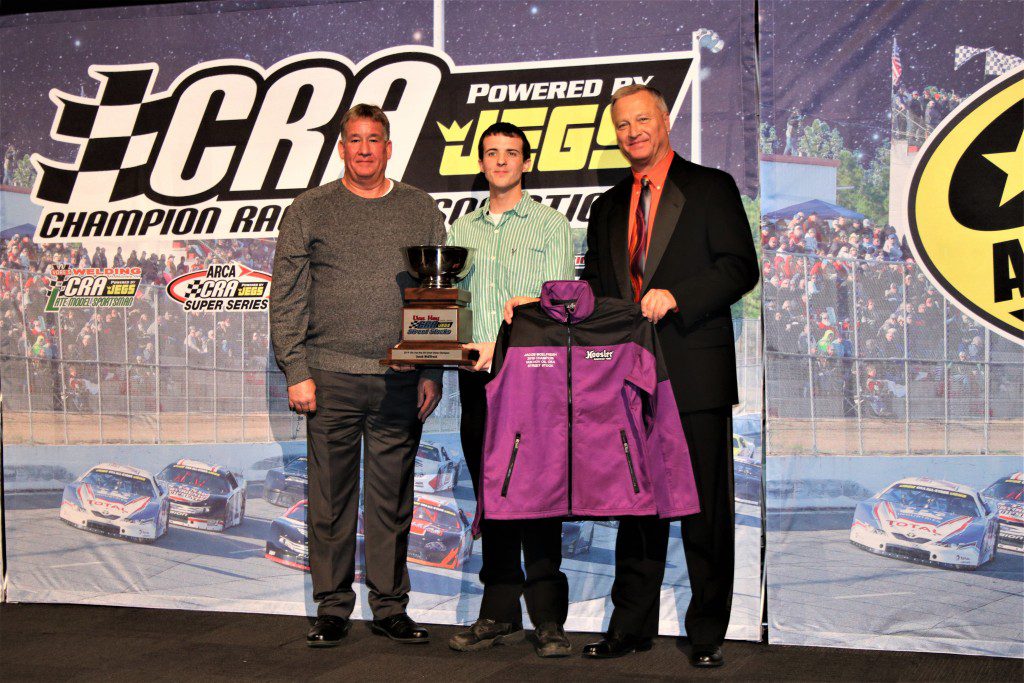 Jake McElfresh was honored as the 2019 Van Hoy Oil CRA Street Stock Champion, his first ever CRA Championship. Dallas Frueh was awarded the 2019 Rookie of the Year Award for the series.

J.J. Schafer was awarded the 2019 Chew’s Garage and Performance Sportsman of the Year Award for the CRA Street Stocks. Frueh Racing, with driver Dallas Frueh and owner Walter Frueh, were awarded the series 2019 Dedication Award, for their hard work with the series during their first year racing with the series and traveling from Illinois to compete with the series. 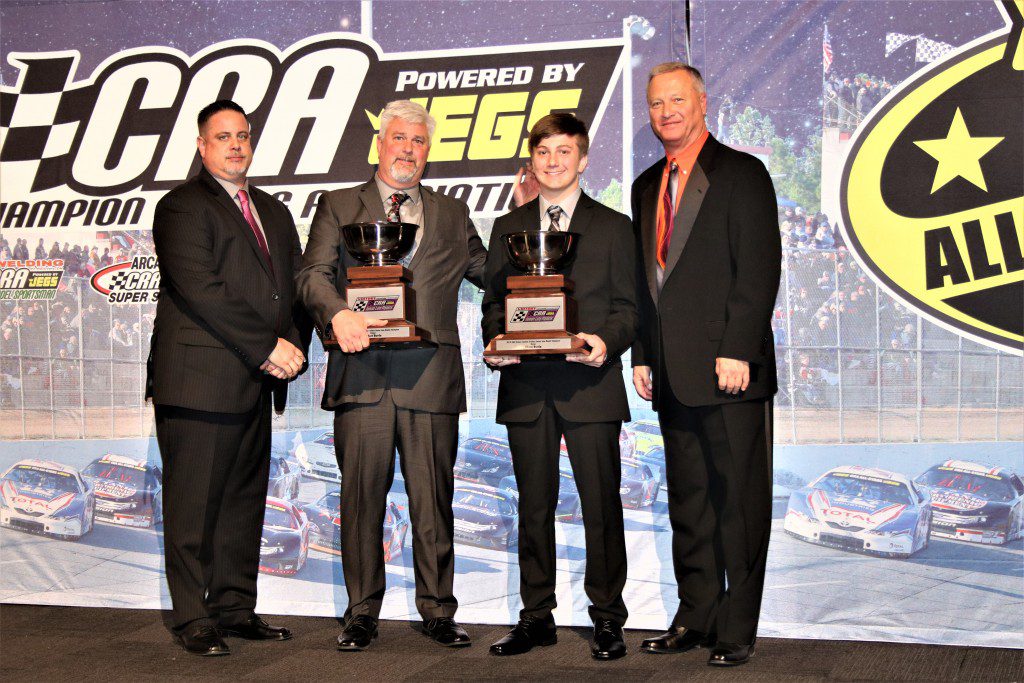 Chase Burda was officially crowned the inaugural Victory Custom Trailers CRA Junior Late Model Champion. Katie Hettinger was awarded the 2019 Chew’s Garage and Performance Sportsman of the Year Award for the series. Wilhelm Racing, with owners Danielle and Andy Wilhelm were awarded the series 2019 Dedication Award for fielding two cars with the series in 2019 for sons Zach and Luke.

In all over $132,000 in cash and product awards were distributed to the 30 CRA teams represented at the 2019 CRA Awards Banquet Presented by Shepherd Insurance.

Special from Winchester Speedway - Sammy Smith enters the Fly Over States 150 with momentum on his side. The Iowa... read more