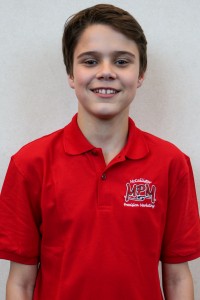 “I’m really excited,” said the 12-year-old King, who is a Lee Faulk Racing and Development developmental driver. “Getting in a late model has always been the goal and I’m looking forward to my first opportunity to race one later this year. This wouldn’t be possible without my family and the support of Lee Faulk Racing and MPM Marketing. I can’t thank everyone enough.”

The Victory Custom Trailers CRA Junior Late Model Series is for competitors aged 10 to 15 years old. The cars feature economical drive train and suspension alternatives as well as a factory sealed Chevrolet Performance 602 crate engine, among other cost saving initiatives. The series competes on tracks three-eighths-mile and under in length, with most events consisting of eight-lap heat races and a 25-lap feature.

The plan this year is for King to contest the full Victory Custom Trailers CRA Junior Late Model Series schedule while competing in a busy Legends car schedule across the United States. King will be driving a family-owned late model with additional support from the team at Lee Faulk Racing and Development throughout the season.

“Kody has proven he’s ready to take the next step and racing with the CRA Junior Late Model Series seemed like an appropriate next step,” said Michael Faulk of Lee Faulk Racing and Development. “Once he gets a full season under his belt in with the CRA, we’ll look to transition him into one of our limited late models next season. We’re confident this is the right path for Kody and we believe we’ll see him in victory lane in no time.”

Salem, Indiana (Friday, September 4, 2015): The Team Construction Clean Sweep Award is up to $400 for this Monday’s Winchester... read more

Special from Speed51.com - It was a different track, series, and car for the Champion Racing Association (CRA) on Saturday afternoon,... read more