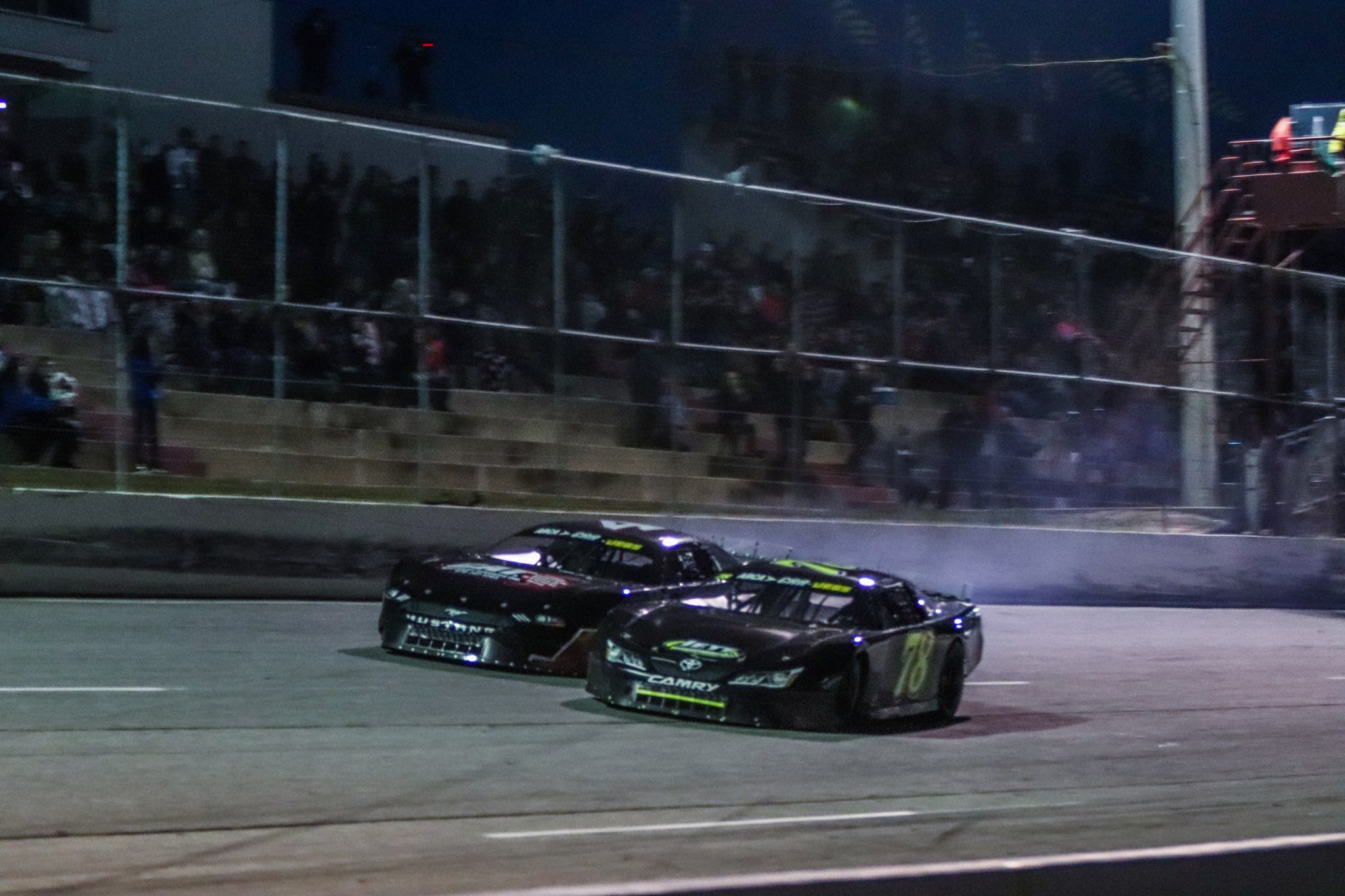 Special from Speed51.com – A late race tangle between Super Late Model titans Bubba Pollard and Stephen Nasse allowed for new faces to enter themselves into the conversation for the CRA SpeedFest win Saturday night. It would come down to a green-white-checkered finish, with Corey Heim beating fellow Marietta, Georgia native Kyle Plott in a photo finish to claim the biggest win of his young career.

It was a throwback to a 2018 CARS Super Late Model Tour at Orange County Speedway where the two raced down to the wire for the win. Heim was immediately complimentary to Plott while in victory lane.

“First off, I’ve got to thank Kyle Plott. Man, every time I race around him he races me so clean,” Heim said on the broadcast. We rubbed a little bit coming to the checkered, but he knows as much as I do, leave it all on the racetrack. Hats off to him.”

Heim started on the outside front row for his first race with Jett Motorsports, but would fade into the back half of the top 10 as the race wore on. He remerged as a contender late in the going, taking the lead from Dawson Fletcher on a restart with 13 to go. It appeared he was on his way to the win when another yellow bunched up the field for a two-lap dash.

With his first win in over a year on the line, he was willing to do whatever it took to end the losing skid.

“Do whatever I do, just go in there and try to hold my own. I knew I had the preferred position there on the restart, I just needed to hold him off,” he said. “I overdrove the corner; it was my fault. I crossed him over on the last lap and we battled to the checkered. I just wanted to win, I haven’t won in over a year and it’s been a drought for me. I’m finally back and it feels so good.”

Plott’s eventful SpeedFest Saturday ended just 0.027 seconds short from a trip to victory lane. After starting 14th and remaining out of the picture most of the race, he was stoked to have a chance to win at the end.

“That was a hell of a race. I had a lot of fun with Corey, we did that two years ago at Orange County and I came out on top, good for him to win it this time,” Plott said of the finish. “From the day we had, this is a win to us, we’ve been struggling. The changes we made on the pit stops, we took lefts on that pit stop and I thought I was stupid right there, but it ended up working out pretty good. It’s a good day for us and I appreciate everybody who helps us, it’s a hell of a day.”

Dawson Fletcher made it a Peach State podium sweep with a third-place finish. Willie Allen and Daniel Dye rounded out the top five.

Click here to watch a replay of CRA SpeedFest 2020 on-demand.

Salem, IN (September 9, 2022) – ARCA/CRA Super Series Powered by JEGS officials have released the entry form for the... read more