Salem, IN (July 23, 2020) – The Van Hoy Oil CRA Street Stocks Powered by JEGS will have the second event with the 2020 Triple Crown Series at Shadybowl Speedway, outside of De Graff, Ohio this Saturday night. The event was originally scheduled to be the Four Crown opener back in April but was postponed and rescheduled because of the COVID-19 pandemic.

In addition to the $3000 minimum to win for each event, there will be a Points Champion from the three events who will receive a $1000 bonus. Second in points will receive a $600 bonus, third place a $400 bonus, then there will be two $250 bonuses from a random draw from the cars that attended all four events. Each of the Triple Crown Series events will be 4 tire races, all four will have a break at lap 75 to add fuel and make adjustments. Each Triple Crown event winner and the overall Champion will receive a specially designed buckle from Crumrine Buckle Manufacturing.

Saturday will be the fourth event of the 2020 season and the third points event for the Van Hoy Oil CRA Street Stocks, who opened their 2020 season at Lebanon I-44 Speedway on May 30th with a special non-points event that was won by 2017 series Champion Colby Lane. Lane then picked up the series’ first points event win of 2020 at Mt. Lawn Speedway on June 14th.  Teepe got the win in the series last event at the Indianapolis Speedrome.

There is plenty of local talent entered to try and get an Ohio driver to victory lane, including 2019 series Kil-Kare Raceway winner Chad Pendleton. Shadybowl regulars Jason and Tyler Mahaffey, Buck Purtee, Rodney Roush, Jamie Sites, Garrett Adams and Jason Drummond, along with Elyria, Ohio’s Jeremie Wiggins are all entered.

There is an open practice on Friday, July 24th, pits open at 1pm, open practice goes until dark. Pits open on Saturday at 1 pm. Practice will begin at 3pm. Allstar Performance Qualifying will begin at 5:50pm. Racing action will begin at 7pm and will include the 150 lap green flag Triple Crown event for the Van Hoy Oil CRA Street Stocks. Also, racing Saturday will be the Vores Touring Compact Series and the Shadybowl Late Models.

More track and event info can be found at www.shadybowlspeedway.rocks. 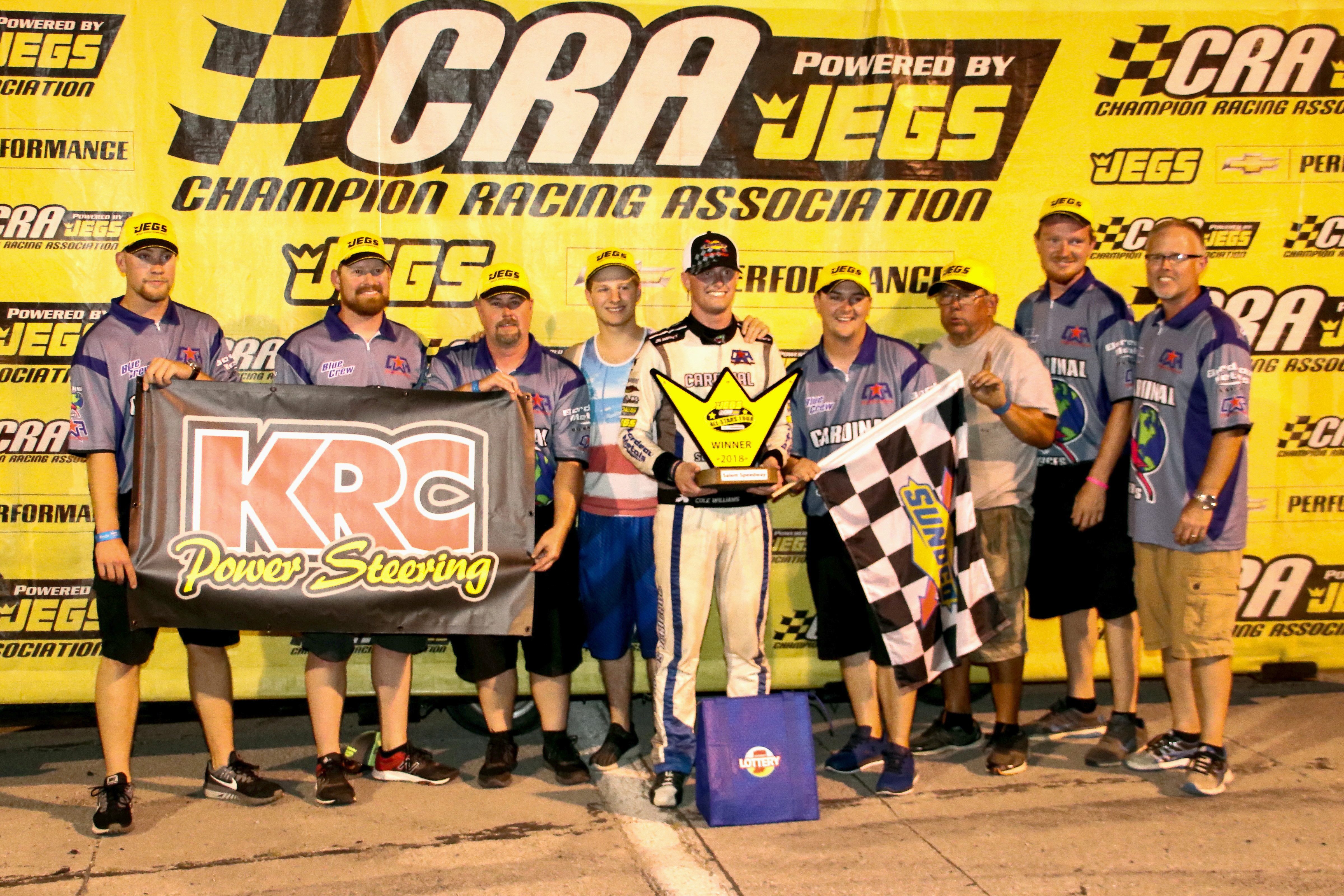