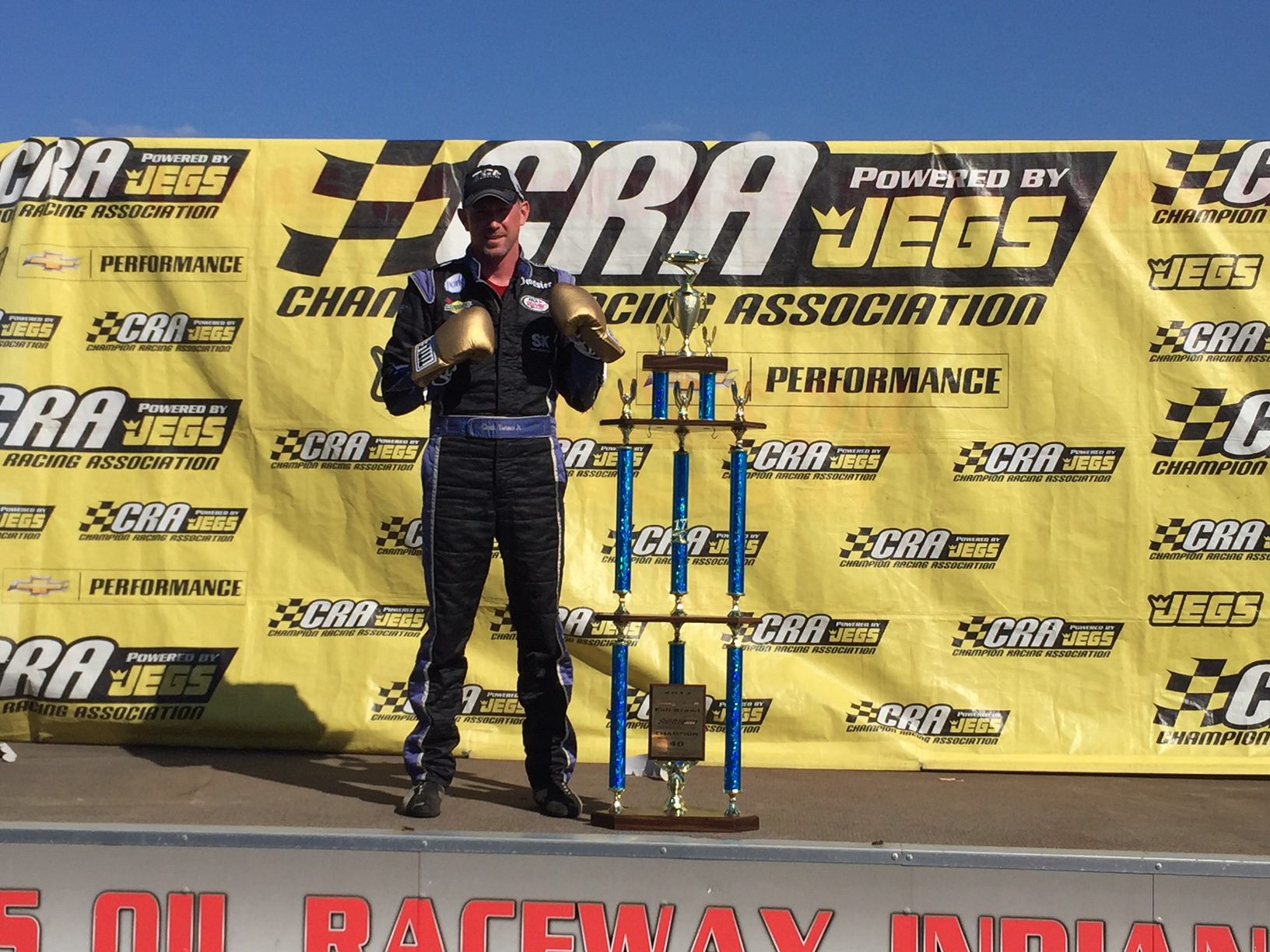 Salem, IN (September 17, 2020) – The Van Hoy Oil CRA Street Stocks Powered by JEGS will return to action this weekend in the 2020 CRA Fall Brawl at the famed Lucas Oil Raceway, located just outside of Indianapolis in Brownsburg, Indiana. The CRA Fall Brawl has become a very popular stock car racing event in central Indiana with each feature winner getting an event signature trophy that includes a pair of boxing gloves. Chuck Barnes Jr. is the defending event winner.

After having several events postponed or canceled because of the COVID 19 pandemic, Sunday will be the seventh event of the 2020 season and the sixth points event for the Van Hoy Oil CRA Street Stocks, who opened their 2020 season at Lebanon I-44 Speedway on May 30th with a special non-points event that was won by 2017 series Champion Colby Lane. Lane then picked up the series’ first points event win of 2020 at Mt. Lawn Speedway on June 14th. Andrew Teepe got the win at the Indianapolis Speedrome Triple Crown Event on July 11th. Brett Hudson won the series Triple Crown event at Shadybowl on July 25th and the Triple Crown event at Anderson Speedway on August 15th. Ryan Amonett got the win in the series last event at Mount Lawn Speedway on September 6th .

Sunday’s CRA Fall Brawl event will be the second event in the series 2020 Chase for the Championship. Amonett won the first event of the Chase at Mt. Lawn Speedway. The third event of the Chase will be at Bristol Motor Speedway on September 26th with the final Championship event on Saturday, October 10th of Winchester 400 Weekend.

The other drivers earning the right to compete over the next two point events to be in the final four drivers to compete for the series Championship on Winchester 400 weekend include Josh Poore, Andrew Teepe, leading series rookie Brandon Roberts, Chad Pendleton, Alan Williams Jr. and Troy Phillips.

On Sunday, pit gates open at 9:00am. Each division’s final practice and group qualifying sessions will begin at 11am. Racing will begin at 1:30pm and will include the Fall Brawl 40 for the Van Hoy Oil CRA Street Stocks. In all there will be 10 feature races on Sunday for all the included divisions.

Special from Racing America - Shawn Amor is normally seen racing car no. 28. However, he brought out a No.... read more