Salem, IN – November 10, 2020 – Champion Racing Association officials announced today one driver/team has been disqualified from the Van Hoy Oil CRA Street Stock All American Event at Nashville Fairgrounds Speedway on October 31 after multiple forensic laboratory tests determined the team had used illegally-altered tires during the event.  The lab used by CRA for testing is the same lab used by the top racing organizations in the country, including NASCAR and the World of Outlaws

As a result of these findings, and consistent with CRA’s past procedures, a team found with non-conforming tires has been disqualified from their respective finishing position and placed on probation for one calendar year. The change in the final order for the event will result in affected teams receiving additional purse checks.  Following the disqualification, Nashville’s Jeffery Belt, driving a car owned by Randy Hulsey, will be credited with the win. 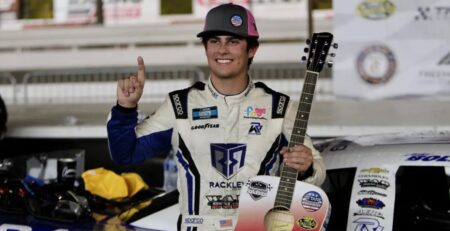 Raphael Lessard Gets It Done Like His Boss at Bristol

Special from Speed51.com - It was only fitting that Raphael Lessard scored his first win for Kyle Busch Motorsports at... read more

KRC Power Steering Extends Support of CRA for the 2020 Season

Spees51.com Story - Donnie Wilson and the Southern Super Series dominated a clash with the ARCA/CRA Super Series at the... read more