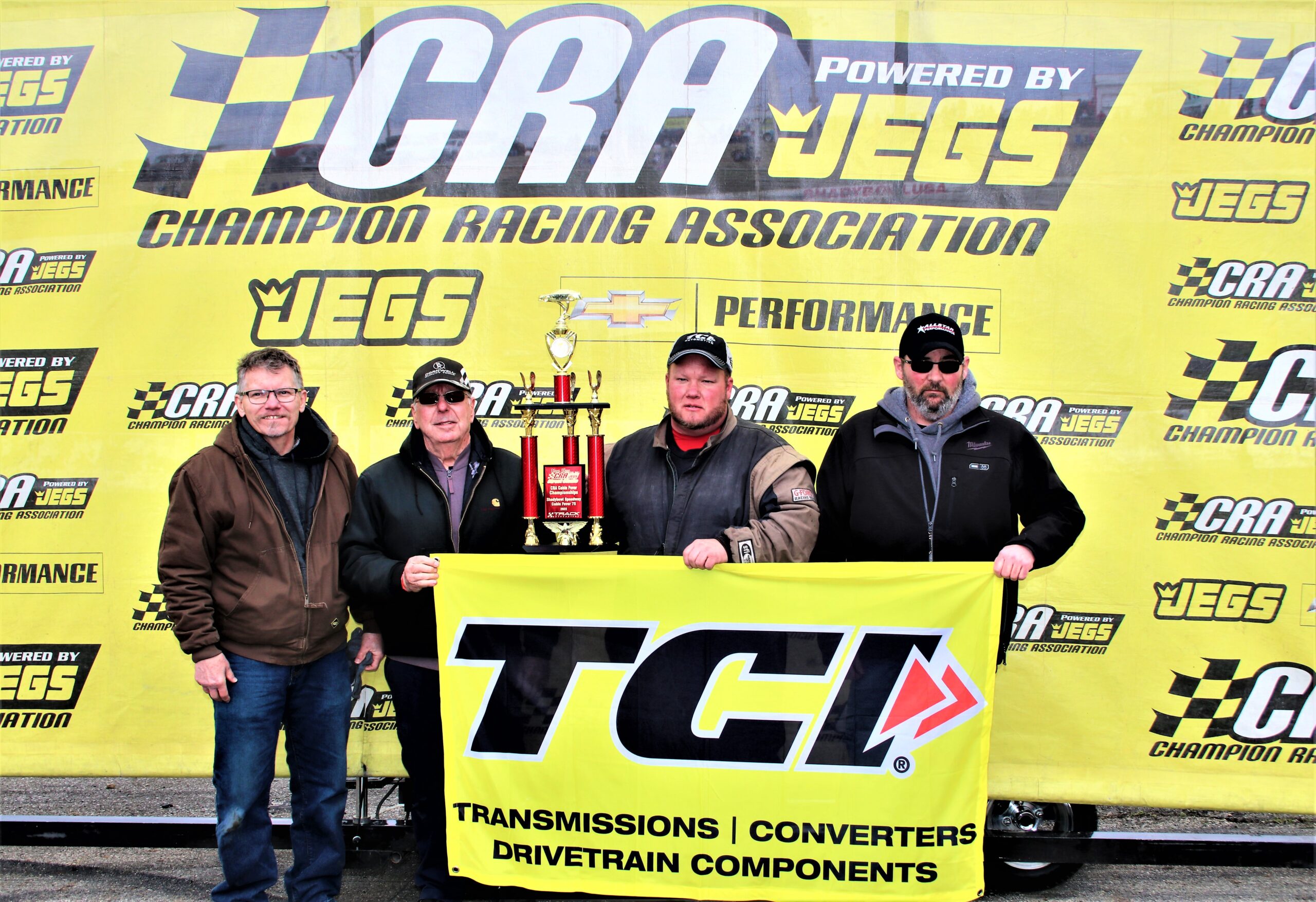 Salem, IN (April 4, 2022) – New Castle, Indiana’s Jason Atkinson started the 2022 Van Hoy Oil CRA Street Stocks Powered by JEGS season, much like the entire 2021 season, in victory lane after Sunday’s CRA Cabin Fever 75 lap feature at Shadybowl Speedway. The win was not easy with Atkinson having to fight back after loosing the lead and then hold off hard charging local Josh Smith. The win was Atkinson’s series leading 17th all-time series win.

“It’s great to start off the 2002 season in victory lane,” remarked Atkinson in victory lane. “This one wasn’t easy, the crack sealer started coming up on the track and made the car really loose, that’s when I lost the lead. But we had some luck with Amonett spinning out and giving us the lead back and I was able to hold off the 44S car on that last restart to get the win. I have to thank my car owner Danny Acrey and all these guys that work hard on this car and everyone who helps us out!”

Austin Maynard grabbed the early lead at the drop of the green flag from his pole starting position after Allstar performance Fast Qualifier Jason Mahaffey drew a five for the events inverted start.

Maynard’s lead lasted just one lap with Atkinson working his way past Maynard from his third place starting position on the second lap of the event.

Atkinson saw his lead start to evaporate when his car started losing up and fellow New Castle native Ryan Amonett managed to get by and take the lead on lap 43 after working his way through the field from his 10th place starting position.

Amonett led until he spun out on lap 63 after his car also got loose giving the lead back to Atkinson who had worked his way back to second after falling to third behind Smith.

Atkinson would hold off Smith on the lap 63 restart to grab the lead and the eventual win by just a half second over Smith.

Smith had to pit early in the event, and then used his years of experience on the tricky 3/8’s mile oval to work his way back to get his second-place finish.

Maynard would battle in the top four through out the event to get a third-place finish.

The series next event will be at Anderson Speedway on Saturday, April 16th. Information on all the CRA Series is available at www.cra-racing.com.

Buckeye State teenager ready for battle in front of family and friends Corunna, Michigan (Wednesday, May 20, 2015): With the vast... read more