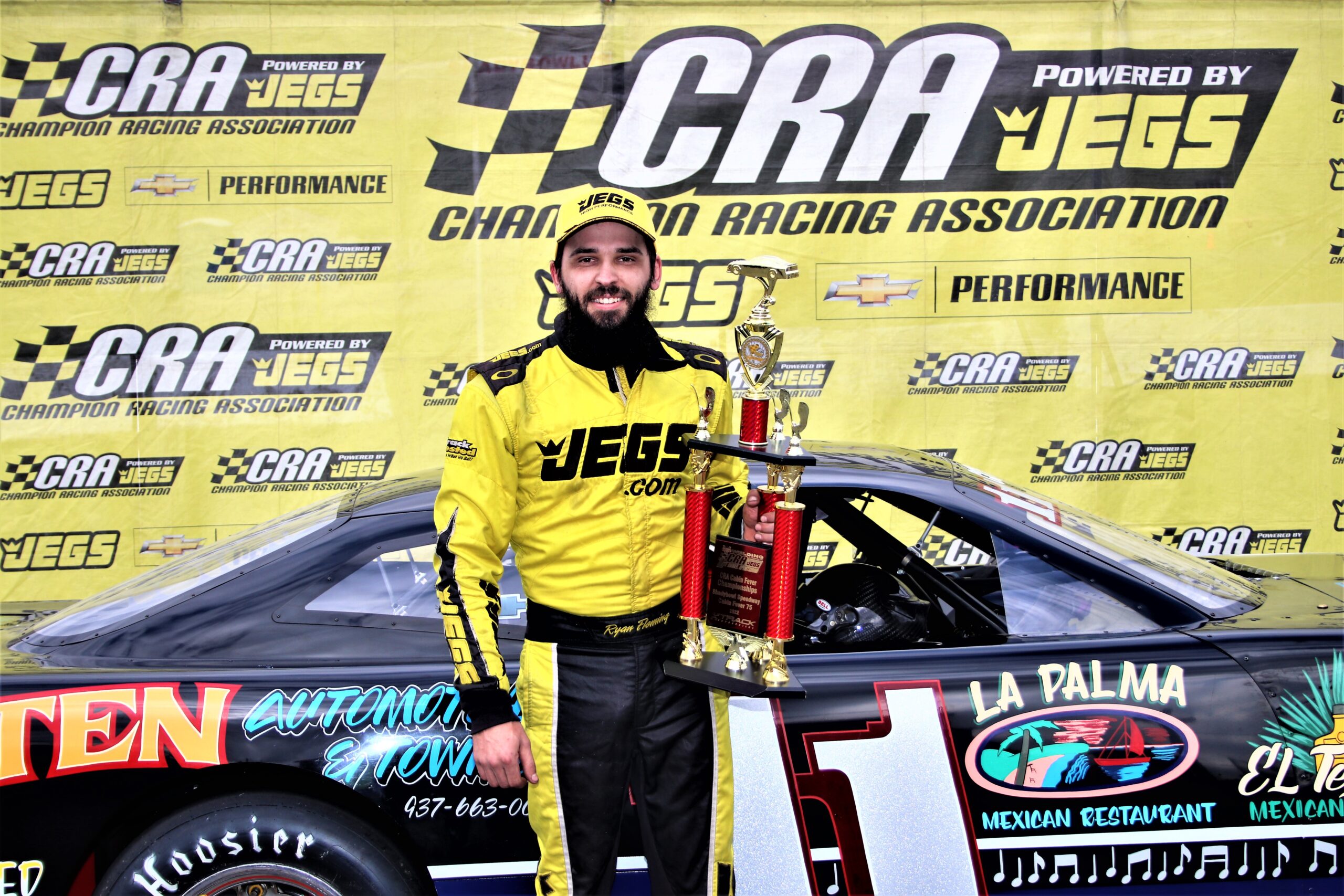 “Pretty cool to get my first CRA win and get a win here at Shadybowl Speedway”, remarked Fleming in victory lane. “It was a rough start to the race, but after we got rolling there after a string of cautions in the first 10 laps, we were good to go! There were some really good cars here today, so I feel very fortunate to get the win. The car was great, I appreciate everyone who helps on this team and helps support my racing!”

Pendleton grabbed the early lead at the drop of the green flag after two early cautions wiped out the first two attempts to start the race after Fleming drew a five for the events inverted start after he earned the Allstar Performance Fast Qualifier Award.

The caution flew again after one lap when Matt Mauer went in turn four, around setting up the third restart.

On the lap two restart Coons grabbed the lead from his outside front row starting position, taking the lead from Pendleton and leading his first ever laps with the Vore’s Welding CRA Late Model Sportsman, in his first series start.

Coons was leading on lap eight when the Cassten Everidge’s engine expired on the backstretch dumping oil all over the groove causing Everidge to spin and collecting the cars of Jason Timmerman, Jake Hinton and three time series Champion Billy Hutson.

After a massive clean up the cars of Hutson and Hinton would be able to continue after lots of work by their pit crews, Everidge and Timmerman were done for the day.

Coons took the green flag and kept the lead over Fleming, when the final caution flew for a spin by Kent Carson.

Coons again took the lead on the restart with Fleming hanging tough battling on his outside. Fleming was able to make the outside pass and grab the lead on lap 11 and pulled away from all his competitors to get the win by over five seconds. Fleming earned the AR Bodies Cool Move of the Race Award for his pass to get the lead.

Coons would finish in second in his CRA debut with Pendleton coming home in third place. Hutson would battle his way from the tail of the field after the lap eight incident to get a fourth-place finish with a heavily damaged racecar. Caleb Reschar would finish in fifth place.

The series next event will be at Anderson Speedway on Saturday, April 16th. Information on all the CRA Series is available at www.cra-racing.com.