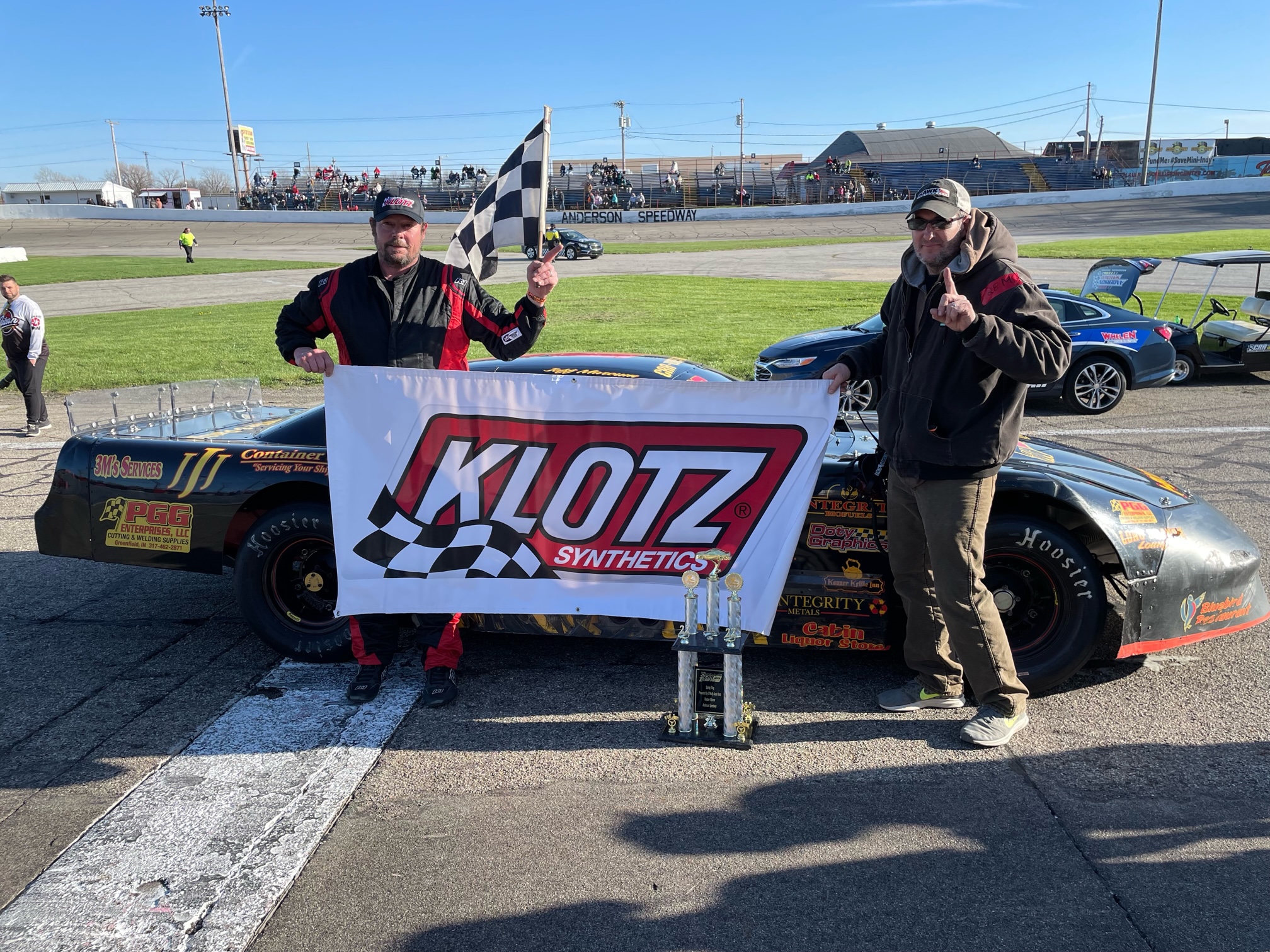 Muncie’s Buddy Davis took the early lead Saturday in the 75-lap feature on Spring Fling Night thanks to an invert of the top six qualifiers with the draw by Allstar Performance Fast Qualifier Chris Shannon.

Davis was chased by Jim Crabtree Jr., a former competitor and event winner with the ARCA/CRA Super Series, making his first start in a race car in seven years and Marcum.

The first of five cautions flags waved on lap 14 when James Butler spun on the front straight. The restart would impact the outcome of the race.

On the restart Davis, Crabtree and Marcum went three-wide into the third turn with Marcum racing on the flat of the track surface and emerging as the leader.

By lap 20 fast qualifier Chris Shannon had climbed from the sixth spot to be running second behind Marcum with J.P. Crabtree, who started on the tail of the field, knocking to crack the top five.

Marcum would maintain the lead through four more restarts holding off Shannon and J.P. Crabtree.

Shannon’s strong run would end on lap 70 when the car of Kevin Gross spun in turn two with Logan Huckeba spinning and collecting Shannon’s car against the outside retaining wall.

“We had a Buddy Davis sandwich there for a minute,” Marcum said in the Riley & Sons Victory Lane. “I don’t know how anybody made it out of there in one piece.”

Marcum said when you’re out front and it gets late in the race you know there will be caution periods.

J.P. Crabtree started from the back of the field after failing post qualifying tech for an RPM violation after qualifying second.

“We had a decent car,” Crabtree said. “We didn’t reset the rev limiter before qualifying and that’s what put us on the tail.

“I don’t think we had anything for Jeff at the end, I was hoping we could roll the outside, but it was way too tight from the center off.”

Jim Crabtree Jr. was making his first appearance in a race car in seven years. Crabtree said the car lost the brakes around lap 25 and kept pumping the pedal.

“From lap 47 on we didn’t have any problems,” he said. “It has been a while since I raced so we have to work to make it better.”

The next Vore’s Welding CRA Late Model Sportsman event will take place on Sunday, June 19th at Mt. Lawn Speedway. Information on all the CRA Series is available at www.cra-racing.com.

Advanced Entry Deadline is October 1st   Salem, IN (September 27, 2018) – There are already several of the top racers... read more