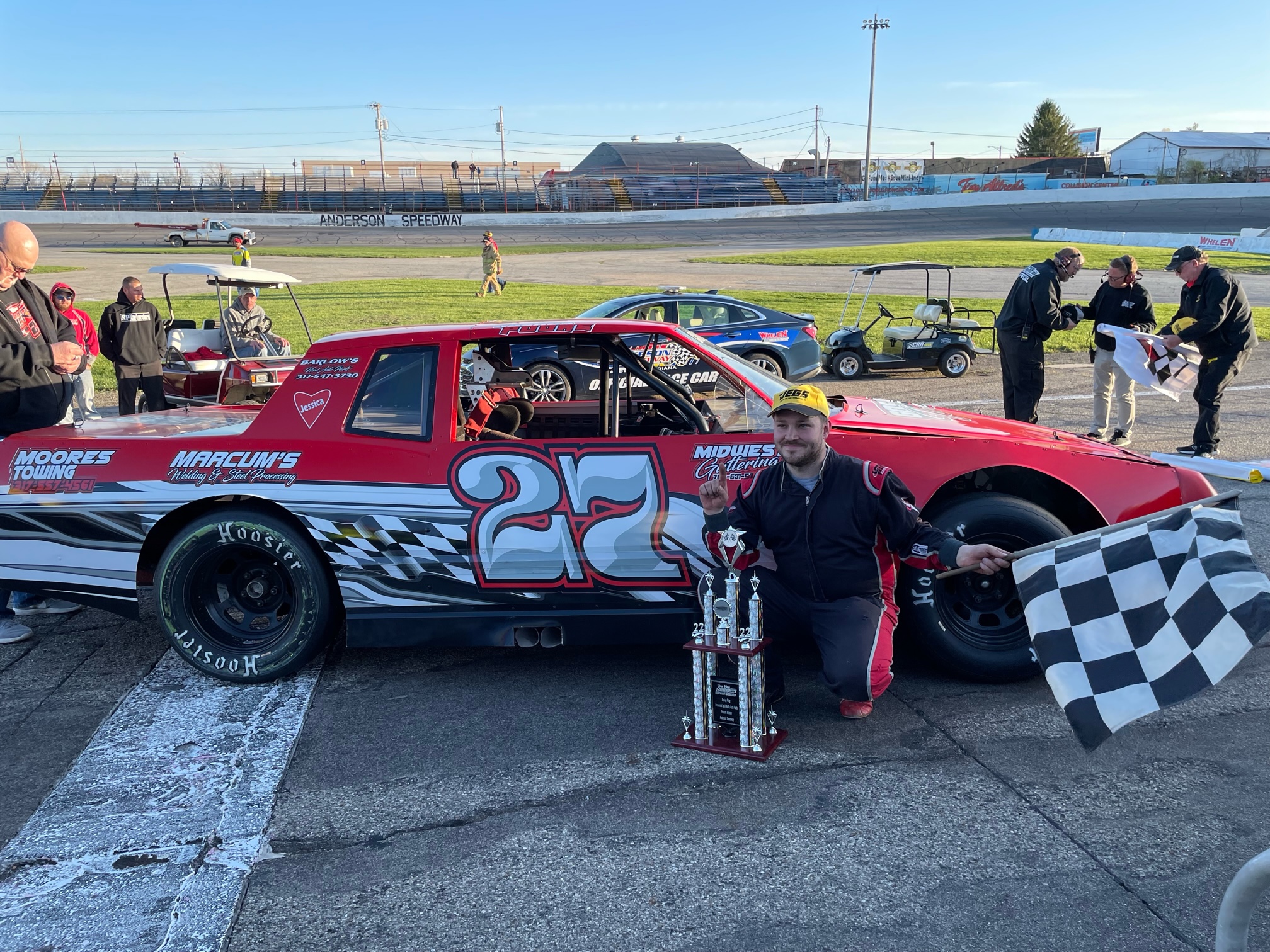 Poore is two wins off the Anderson all-time victory mark held by Rick Fields with 51. The win was Poore’s first series win since September of 2019 at Anderson and was his 15th all-time Van Hoy Oil CRA Street Stocks win, moving him out of a second-place tie with Jeff Lane and into second to all time wins leader Jason Atkinson.

Taking advantage of the invert Poore started from the outside of the front row and would go on to lead all 75-laps.

While Poore was dominant there was a good battle for the second through fifth place positions among Dawson Phillips, Andrew Teepe, Atkinson, James Kirby III and Allstar Performance Fast Qualifier Dalton Connor the entire race.

Third place when to Kirby followed by series rookie Blaine Akin and Atkinson.

“It seems like forever since I’ve won,” Poore said in victory lane. “Someone had to beat the 73 (Atkinson), why not me?”

Poore said he didn’t like the six caution periods because he knew Teepe and Atkinson would have fast cars.

Teepe qualified third for the feature and ran second to Poore but couldn’t make the pass.

“The track slicked up a little bit and Josh had a fast car today,” Teepe said. “I didn’t have anything for him.”

Teepe said it was a good run, trying to pace himself and save tires for the end.

Kirby said he was getting good set-up notes for the upcoming 150-lap CRA Four Crown event at Anderson on June 25.

“We were able to gain a couple of spots overall,” he said, “so I’ll take it. We’ll be a little better the next time.”

The next Van Hoy Oil CRA Street Stocks event will be the first Cowboy, Come Canning & Distillery Four Crown event, which will be 150 laps and pay $3,000 to win at Shadybowl Speedway on Saturday, April 30th.  Information on all the CRA Series is available at www.cra-racing.com.