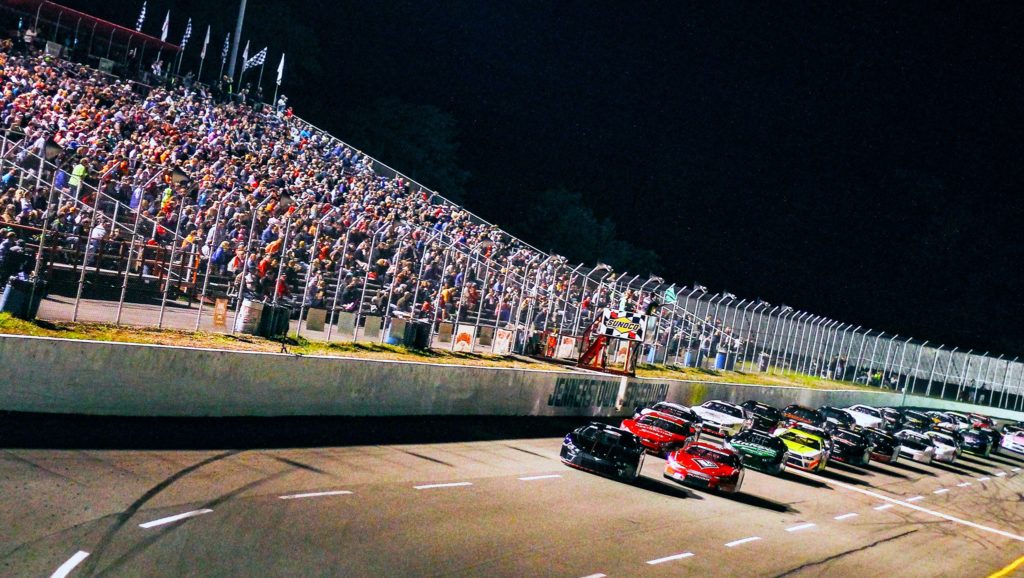 Salem, IN. (May 31, 2022) – The ARCA/CRA Super Series Powered by JEGS will continue its 26th season of competition Presented by Team Construction this Saturday in the $10,000 to win Laural Highlands 150 at the beautiful Jennerstown Speedway Complex located in Jennerstown, Pennsylvania. This will be a new event for the ARCA/CRA Super Series, which has competed at Jennerstown once in the past in a Co-sanctioned event with the CARS Tour.

The CRA Laural Highlands 150 will be 150 green flag laps with Controlled Pit-Stops starting at lap 50. The event will be a six-tire race, teams are required to make at least one pit stop during the event.

Saturday’s event will be the series fourth points event of the season. The series started its 26th season of competition Presented by Team Construction at Anderson Speedway on April 9th were veteran Indianapolis racer Eddie Van Meter got back into victory lane. The second event of the season was on April 24th at Salem Speedway where Mississippi hot shoe Casey Roderick got the win in his first ever race for Platinum Motorsports and first ever Super Late Model race at Salem Speedway, and also came away with his first ever JEGS/CRA All-Stars Tour win that same day. NASCAR Cup Series competitor William Byron picked up his first ever CRA win in the series third event of the season, the North/South Super Late Model Shootout at Nashville Fairgrounds Speedway on May 7th, that event was co-sanctioned by the Southern Super Series.

New Hampshire competitor Derek Griffith, who has competed in two NASCAR Xfinity Events so far this season and is a 13-time winner with the PASS North Super Late Model Series as well as a two-time Super Late Model Champion of the World Series of Stock Car Racing at New Smyrna Speedway.

California’s Jesse Love is entered, he was the 2020 and 2021 ARCA Menards Series West Champion with five total wins in that series along with one ARCA Menards Series win in 2021 and has won two Super Late Model features at the World Series of Stock Car Racing at New Smyrna Speedway.

Tennessee native Michael House is entered for the Jonathan Brown Racing Team. House is the 2018 and 2021 Nashville Fairgrounds Speedway Late Model Champion as the team looks to venture out to compete in bigger Super Late Model events around the country in 2022.

Michigan native Kyle Crump is entered in the Crosstown Motorsports first venture in a Super Late Model event, Crump won the Redbud 400 and the Battle at Berlin 150 during the 2022 season for Stan and Judy Rosen as well as a second-place finish in the 2020 Winchester 400. Crump is coming off a JEGS/CRA All-Stars Tour win for Crosstown Motorsports at Birch Run Speedway on May 15th.

Texas native Chris Davidson is entered to make the long haul to race in Saturday’s Laural Highlands 150. Davidson has competed for many years in both Super Late Model and Pro Late Model throughout the South and in SRL events on the West Coast. Davidson was a recent winner in the Allen Turner Pro Late Model series at Five Flags Speedway and finished fifth in the Thomas Automotive American Freedom 200 at Jennerstown in 2020 that was co-sanctioned by the ARCA/CRA Super Series and the CARS Tour.

16-Year-old Florida native Jake Finch is also entered. Finch had been competing in big Super Late Models events though out the South the past two years, with high finish of third in the 2021 Florida Governor’s Cup event at New Smyrna Speedway this past November. Finch has competed in three ARCA Menards East Series events in 2022 with a second-place finish at the series last event at Nashville Fairgrounds Speedway on May 7th.

There will be an open practice at Jennerstown Speedway on Friday, trailer parking begins at 2pm, pits open at  3pm with rotating open practice from 5 to 9pm.

Pits open on Saturday at 10am. The ARCA/CRA Super Series cars will get two 30-minute practice sessions starting at 1:30pm. Francis Engineering qualifying will start at 5:20pm with the Fast Qualifier receiving a $500 bonus from Francis Engineering. Racing action will begin at 6pm and will include the Laural Highlands 150 plus heats and feature racing from the Jennerstown Speedway local divisions.

More event and track information are available at www.jennerstown.org.

More information on the ARCA/CRA Super Series is available on the CRA website at www.cra-racing.com.