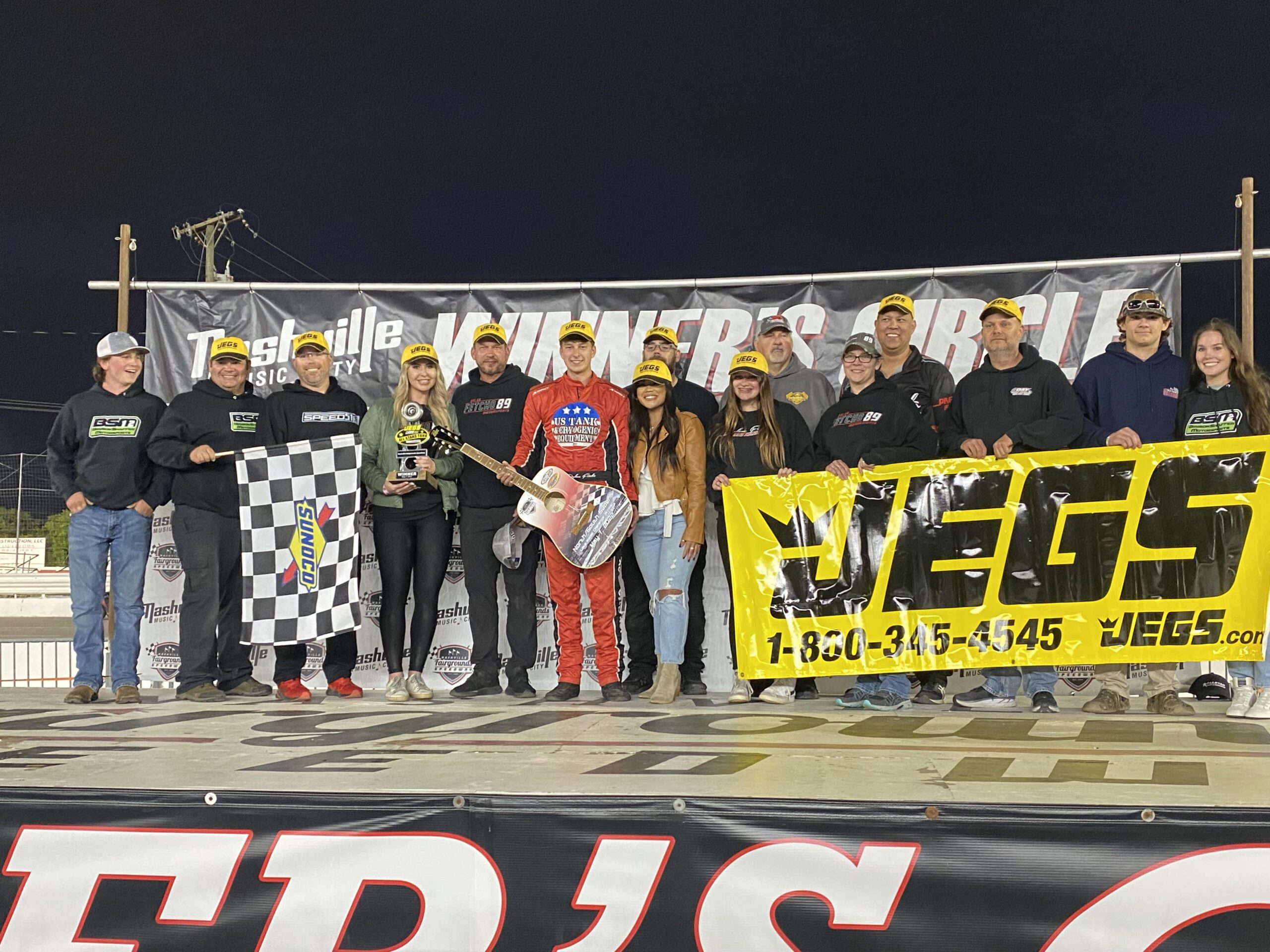 Saturday’s event was the first of three events at Nashville Fairgrounds Speedway for the JEGS/CRA All-Stars Tour in 2022, each event is also a points event for the Nashville Pro Late Models. The other events will be the Rackley Roofing Masters of the Pros 150 on Saturday, July 9th and the All-American 400 Weekend event on Sunday, October 30th.

Fetcho, the winner of the Baby Rattler Pro Late Model event at South Alabama Speedway in March, earned his second victory of the season against a stout field of 39 starters from all over the country. It was Fetcho’s first ever win with CRA and first win with the JEGS/CRA All-Stars Tour.

“It’s great to get this win tonight,” remarked Fetch. “We started fourth, made it to the lead on lap 26 after a tough battle with the 24K (Kofoid) car, we battled with Roderick on some restarts, but after that we never looked back in getting the win. It’s awesome to get our first JEGS Tour win and our first win of the season here at Nashville. I have to thank everyone who works on this car, my family and all the sponsors that support us each race! It’s a dream come true to be doing this and having success makes it even better.”

Buddy Kofoid grabbed the early lead at the drop of the green flag for the event from his outside pole starting position after Nova Motorsports Fast Qualifier Chase Johnson drew a seven for the events inverted start.

Kofoid, an open wheel Champion, making one of several late model scheduled starts in 2023 trying to build his stock car resume, had a tough side by side multi-lap battle with Fetcho on a restart before Fetcho was able to grab the lead from Kofoid on lap 26.

Casey Roderick worked his way from his sixth starting position to challenge Fetcho on several restarts before Fetcho would stay out front, setting up a tough battle behind him for second.

Fetcho would go on to get the win by a little over three seconds. Roderick and Cole Williams were battling hard for second when the two made contact in turn four coming to the checkers. Roderick would make a great save but lost second place to Williams. Roderick would finish in third with former track Champion Jackson Boone in fourth from his 16th place starting position and Hunter Wright finishing in fifth place.