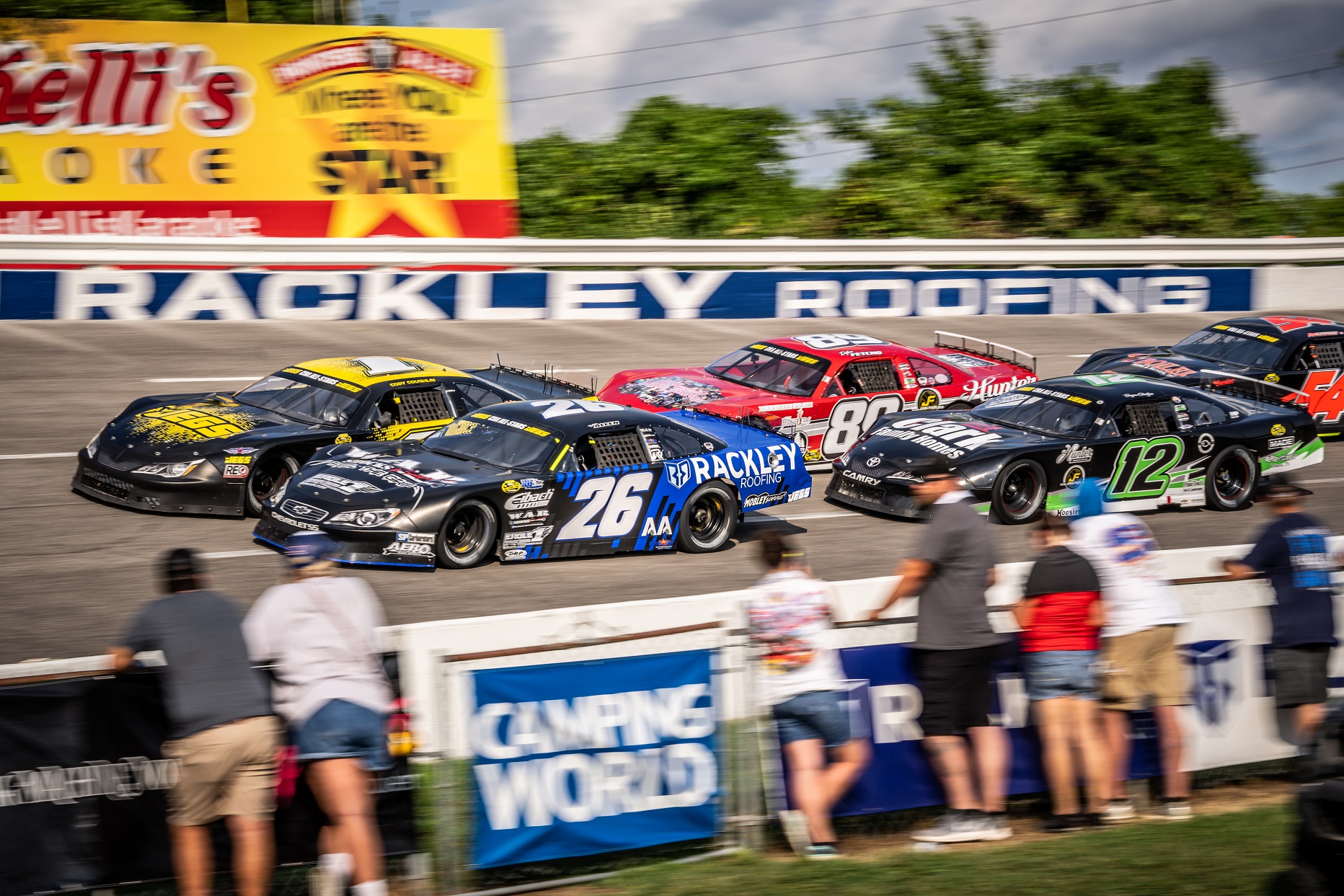 Event to be Paired Once Again with the Nashville SRX Event

Salem, IN. (June 14, 2022) – Champion Racing Association Powered by JEGS officials have announced the release of the JEGS/CRA All-Stars Tour Presented by Chevrolet Performance Rackley Roofing Masters of the Pros 150 entry form. For the third season in a row the event will take place at the famed Nashville Fairgrounds Speedway in Nashville, Tennessee on Friday and Saturday July 8th and 9th. The event will be a points event for the JEGS/CRA All-Stars Tour and the Nashville Fairgrounds Speedway Pro Late Models.

2022 will be the tenth edition of the Masters of the Pros, previous winners include NASCAR Cup Series competitor Chase Elliott in 2013, Anderson Bowen in 2014, NASCAR Camping World Truck Series driver John Hunter Nemechek in 2015 and 2016, Cole Williams in 2017, all of those events were held at Lebanon I-44 Speedway. Bubba Pollard won the event in 2018 when it was held at Birch Run Speedway and again in 2019 when it was held at Memphis International Raceway. North Carolina racer Matt Craig won the event in 2020.

Last year’s Rackley Roofing Masters of the Pros 150 attracted a strong field of 45 cars, a record number of entries for the Masters of the Pros event and one of the best car counts the series has ever had for an event. Hometown favorite Willie Allen took the lead from Alabama veteran Augie Grill on lap 95 and went on to get the win in front of the biggest crowd ever to watch a Masters of the Pros event, thanks to the event being paired with the Superstar Racing Experience Series (SRX) Championship event that featured the likes of Chase Elliott, Bill Ellliott, Michael Waltrip and Tony Stewart. The SRX event was won by Chase Elliott.

The 150-lap green flag Masters of the Pros event will pay $10,000 to win plus bonuses, making it one of the highest paying Pro/Crate Late Model events in the country, and will again be paired up with the SRX event at Nashville Fairgrounds Speedway. The winner will be awarded a signature green jacket, like the one that is known for adorning the champion of golf’s Master’s event and a cherished Nashville Guitar, which has become the standard winner’s trophy in Nashville. The event will be a six-tire max race in 2022. Once again, the event will be split into two stages. The first 100 laps will be raced prior to the SRX events. The final 50 laps will take place after the conclusion of the SRX feature event. Teams will be given the opportunity to work on their racecars between the stages. 2017 event winner Cole Williams will be competing in this year’s Nashville SRX event.

Advanced ticket sales and event information can be found at www.nashvillefairgroundsspeedway.racing.

More event information including entry form, schedule of events and series rules can be found at www.cra-racing.com.

Salem, IN (October 3, 2019) – Outerwears Performance Products is once again sponsoring the Outerwears Crew Chief of the Year... read more