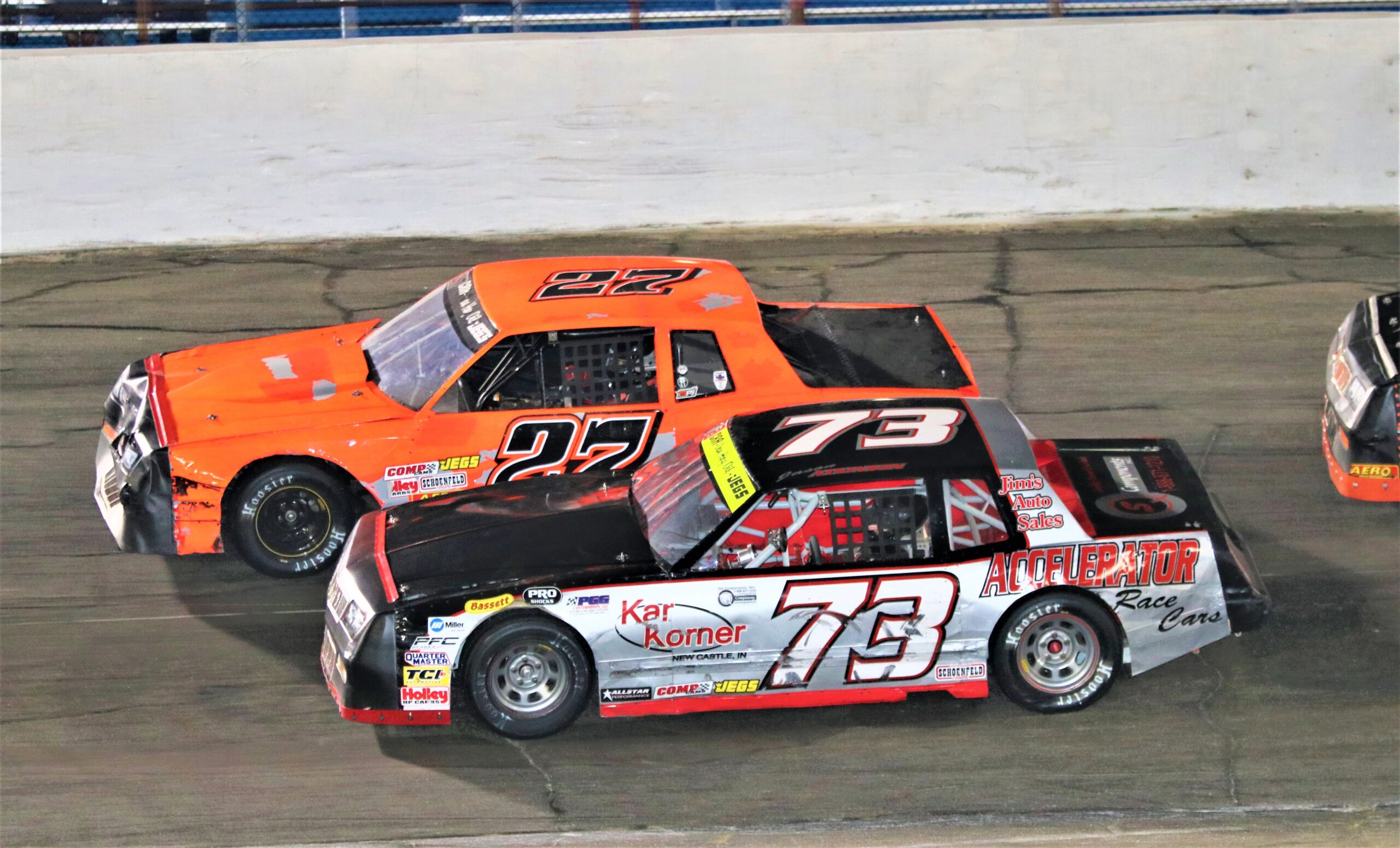 Salem, IN (June 22, 2022) – Race one of the Cowboy, Come Canning & Distillery Four Crown mini-series for the Van Hoy Oil CRA Street Stocks Powered by JEGS is set to take place this Saturday at Anderson Speedway. Saturday’s event will be 150 green-flag laps with a break at lap 75 and pay the winner $3,000.

The Van Hoy Oil CRA Street Stock Four Crown mini-series began in 2015 as a three-race mini-series and has taken many iterations in its history. Jason Atkinson has won the Four Crown title five times, with those championships coming in 2015, 2016, 2019, 2020 and again in 2021. Chuck Barnes Jr. and Jacob McElfresh have also claimed titles.

The first event of the 2022 Four Crown mini-series was scheduled for April 30th at Shadybowl Speedway but was cancelled because of weather. The third event will be at Lucas Oil Indianapolis Raceway Park on Saturday, July 30th as part of the Circle City 200, also featuring the ARCA/CRA Super Series in twin 100 lap events. The 150 lap Four Crown Championship event will be held on Saturday, August 13th at Anderson Speedway.

In addition to the $3000 minimum to win for each event, there will be a Points Champion from the events who will receive a $2000 bonus in 2022, up from a $1,000 in previous years, thanks to Cowboy, Come Canning & Distillery. Second in points will receive a $600 bonus, third place a $400 bonus, then there will be two $250 bonuses from a random draw from the cars that attended all four events. Each of the Four Crown Series events will be 4 tire races, all four will have a halfway break to add fuel and make adjustments. Each Four Crown event winner and the overall Champion will receive a specially designed buckle from Crumrine Buckle Manufacturing.

Three-time series Champion Atkinson and leading series rookies Blaine Akin and Dalton Conner come into this weekend’s event tied as the series points leaders. 2021 series Rookie of the Year Dawson Phillips is in fourth place, he is four points behind the three leaders. Teepe is in fifth place, he is 63 points behind Phillips.

There will be an optional open practice at Anderson Speedway this Friday from 4:30 to 7:30pm.

On Saturday pit gates open at 2:30pm. Practice will begin at 4pm with qualifying beginning at 5:45pm. The race program is set to begin at 7:30pm and will include the Tom Wood Honda 150 Presented by Sherwin-Williams Cowboy, Come Canning & Distillery Four Crown event for the Van Hoy Oil CRA Street Stocks. Also racing that night will be the Anderson Speedway ThunderCars and Crown Vics along with the Thunder Roadsters.

Salem, IN. (April 13, 2017) – Champion Racing Association Powered by JEGS officials have released the entry form for the... read more

Special from Winchester Speedway - Defending Winchester 400 winner Carson Hocevar has filed an entry for the Fly Over States... read more

Wheel Chill Returns as a Marketing Partner with CRA for 2020

Salem, IN (October 6, 2016) – Winchester Speedway officials have announced that CSX Play It Safe will be an Event... read more