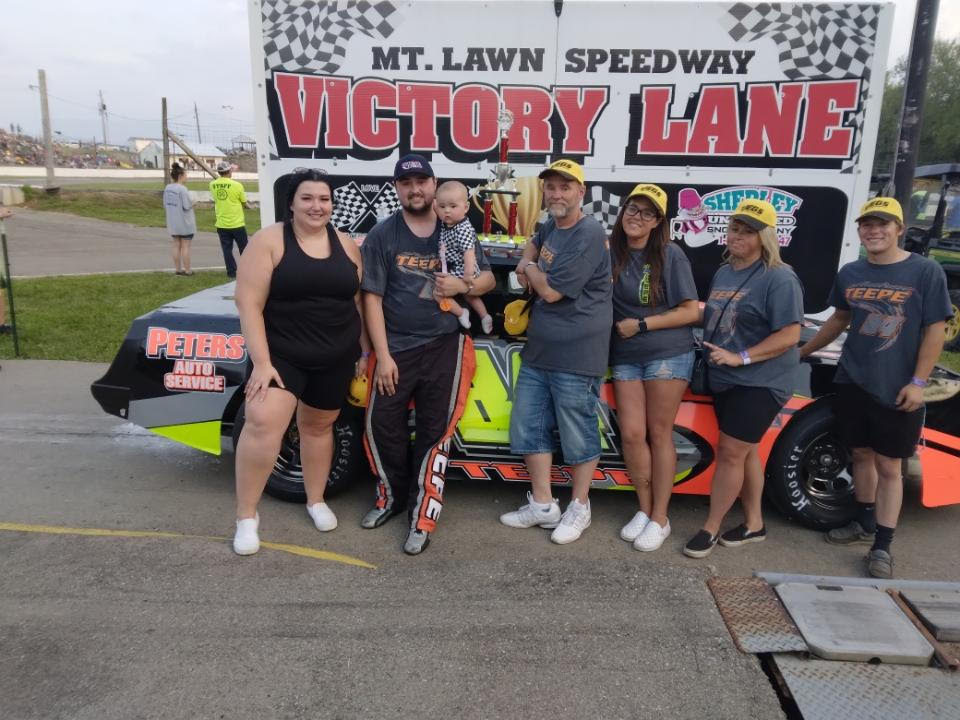 “It’s pretty awesome to get a win here at Mt. Lawn,” remarked Teepe in victory lane. “It was a tough battle all race, first racing with the 05(Akin) for first place, then having to race hard on those restarts, I just wanted to see that checkered flag wave! I have to thank my family for all their support and help, and my sponsors, without their help, I wouldn’t be here racing. It feels good to get this win on the track!”

In Teepe’s win in 2020, he actually crossed the finish line in second, but the first-place car did not pass post-race tech inspection, giving the win to Teepe.

Series rookie Blaine Akin jumped out to the early lead from his pole starting position after Allstar Performance Fast Qualifier Jason Atkinson drew a seven for the event’s inverted start while Teepe battled with series rookie Dalton Conner for second.

Teepe worked his way to second behind Akin on the next restart and started to close on Akin. Akin’s car got a little loose giving Teepe the opportunity to make his move and take the lead on lap 30. Teepe would then have to hold off several challengers over the last 20 laps including four restarts to pick up the win. Teepe was awarded the AR Bodies Cool Move of the Race Award for his pass to get the lead.

The next Van Hoy Oil CRA Street Stocks event will be the $3,000 to win Cowboy, Come! Canning and Distillery Four Crown Mini-Series opener at Anderson Speedway on Saturday, June 25th. Additional information on all the CRA Series is available at www.cra-racing.com.