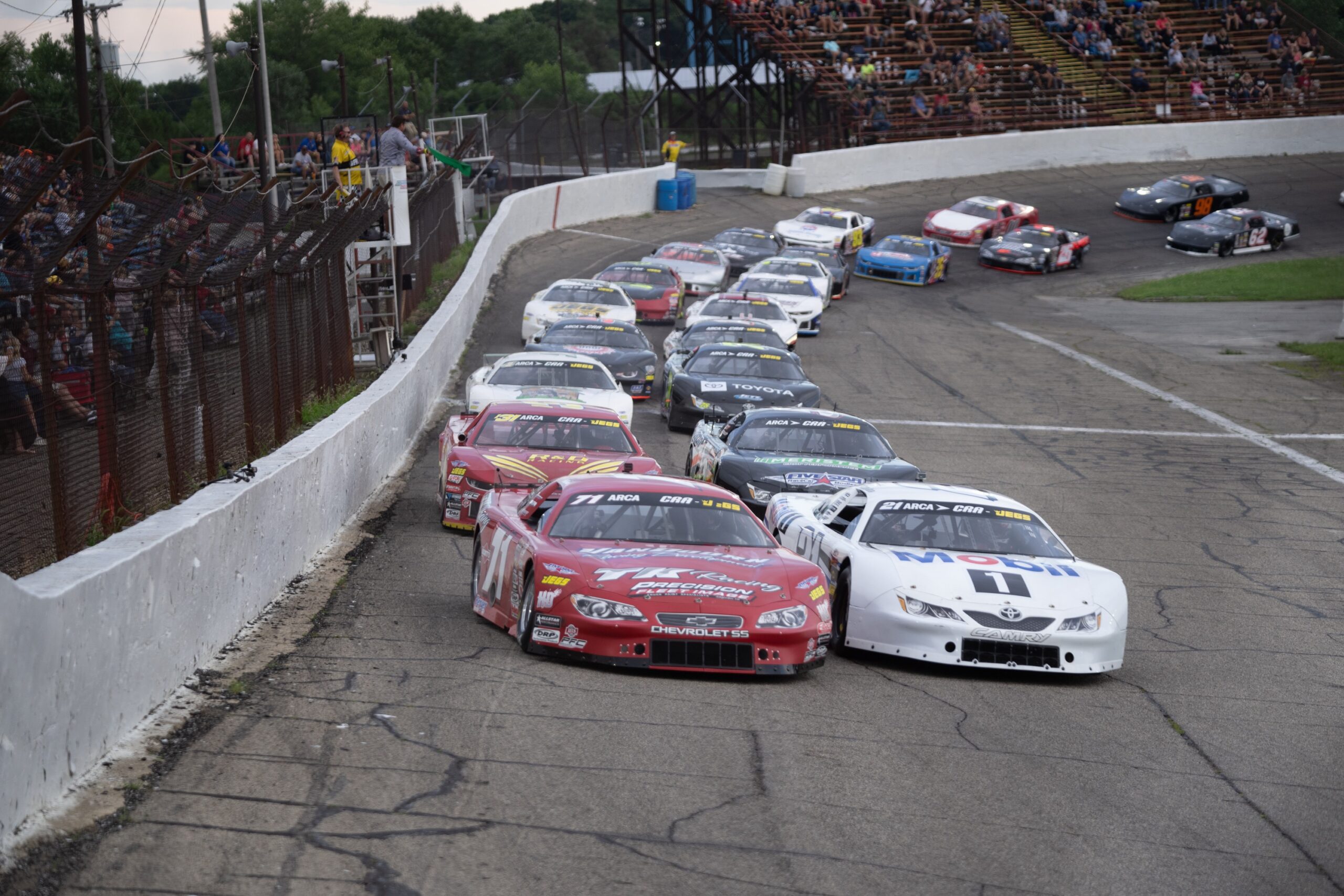 Salem, IN (July 12, 2022) – The ARCA/CRA Super Series Powered by JEGS will resume their 26th Anniversary Season Presented by Team Construction this Saturday in the 56th Annual Greg Hubler Automotive Group Redbud 400 Presented by Mitch Smith Auto Service and Perfecto at Anderson Speedway, located in Anderson, Indiana. Anderson Speedway is where the series raced its first ever event on April 26, 1997, where two time series Champion Brian Ross came away with the victory.

The 56th Annual Greg Hubler Automotive Group Redbud 400 will be 400 laps counting yellows and will pay the winner $15,000. The event will also feature cost savings Controlled Cautions. When a yellow comes out teams will have three laps to service their race car without losing laps or positions on pit road. Those cars will then line up behind the cars that did not pit at that yellow. Teams not getting out of the pits in the three laps will have to fall to the tail of the field and will risk losing laps.

There is plenty of talent in the list of entries to date for the Redbud 400 including two of the top Super late Model drivers in the country, Bubba Pollard and Stephen Nasse. Both are former Southern Super Series Champions and have won Super Late Model races all over the country, but both are seeking their first win in the Redbud 400. Nasse was the 2019 Winchester 400 winner, while Pollard won the 2022 SpeedFest event in January and both competitors have been to victory lane with the Southern Super Series in 2022.

2021 Winchester 400 winner Sammy Smith, who is the current ARCA Menards East Series points leader with three series victories so far in 2022, is entered. 2020 ARCA West champion and a onetime 2021 event winner Jesse Love is entered. William Sawalich, a winner with the Southern Super Series this year is entered in his first Redbud 400.

ARCA Midwest Tour competitor Austin Nason is entered as he looks to get to victory lane at the Redbud 400 after getting passed by Crump on the last lap in last years event. Two-time ARCA Midwest Tour Champion Casey Johnson is also entered.

Saturday will also be the first “Official” American Speed Association Reunion as part of the festivities with the 56th Annual Greg Hubler Automotive Group Redbud 400. Former ASA Series Redbud 400 winners Gary St. Amant and Scott Hansen will be honored at the ASA Reunion. A limited number of VIP passes (including race ticket and hospitality) are available to the ASA Reunion event, which will be held prior to the race.

Redbud 400 ticket and ASA Reunion Party information can be found at www.andersonspeedway.com or by contacting the track at 765-642-0206.

Salem, IN (July 19, 2018) – The Lawrence Towing CRA Street Stocks Powered by JEGS will be back in action... read more

Due to regulations enforced in the state of Michigan, the Champion Racing Association event for the ARCA / CRA Super... read more