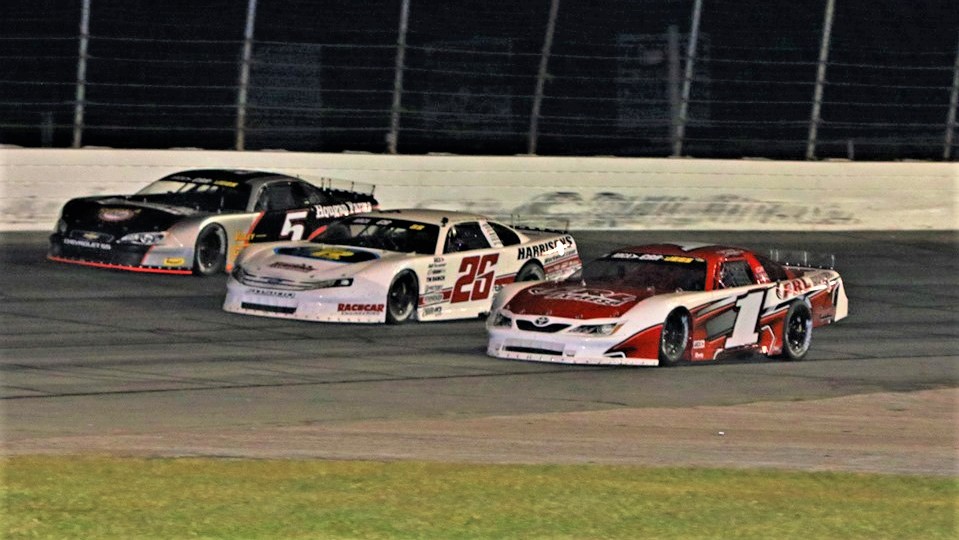 The Fireball Whiskey Circle City 100 is part of a huge weekend of racing at Indianapolis Raceway Park that will see the return of the Camping World NASCAR Truck Series and the ARCA Menards Series on Friday, July 29th. The Circle City Twin 200’s on Saturday will include the Fireball Whisky Circle City 100 for the ARCA/CRA Super Series and the Van Hoy Oil CRA Street Stocks in a 100 lap Cowboy, Come! Canning & Distillery Four Crown Mini-Series event. The Vore’s Compact Touring Series will also be in action with two feature events.

Georgia driver Jake Garcia is also entered. Garcia will be racing in Friday night’s NASCAR Camping World Truck Series event at IRP and will stay an extra day to compete in the Fireball Whiskey Circle City 100. Garcia picked up a JEGS/CRA All-Stars Tour win at IRP in the 2019 Fall Brawl event.

Michigan racer Brian Campbell is entered as he looks to break the tie with Brian Ross with the most ARCA/CRA Super Series wins at IRP. Campbell has raced mostly at his home track Berlin Raceway in 2022. Campbell is the winningest driver ever with CRA with 40 total wins to date, he is second to Scott Hantz in all time ARCA/CRA Super Series wins with 29 and he is the JEGS/CRA All-Stars Tour all-time wins leader with 11 of that series wins.

Pits will open on Saturday, July 30th at 11am. Practice will begin at 2:15pm with the ARCA/CRA Super Series having two 45-minute practice sessions with the one-day format of the event. Qualifying will begin at 6pm. The race program will begin at 7:30pm with the Vore’s Compact Touring Series D&J Sales B4 20, followed by the $5,000 to win Fireball Whisky Circle City 100 for the ARCA/CRA Super Series. The Vore’s Compact Touring Series BPG Inspections 25 will be up next, with the Van Hoy Oil CRA Street Stocks 100 lap Cowboy, Come Canning & Distillery Four Crown Mini-Series event topping off the night’s racing action.

Special from Speed51.com - An up-and-down season ended with one of the highest ups Jack Dossey III has ever experienced... read more