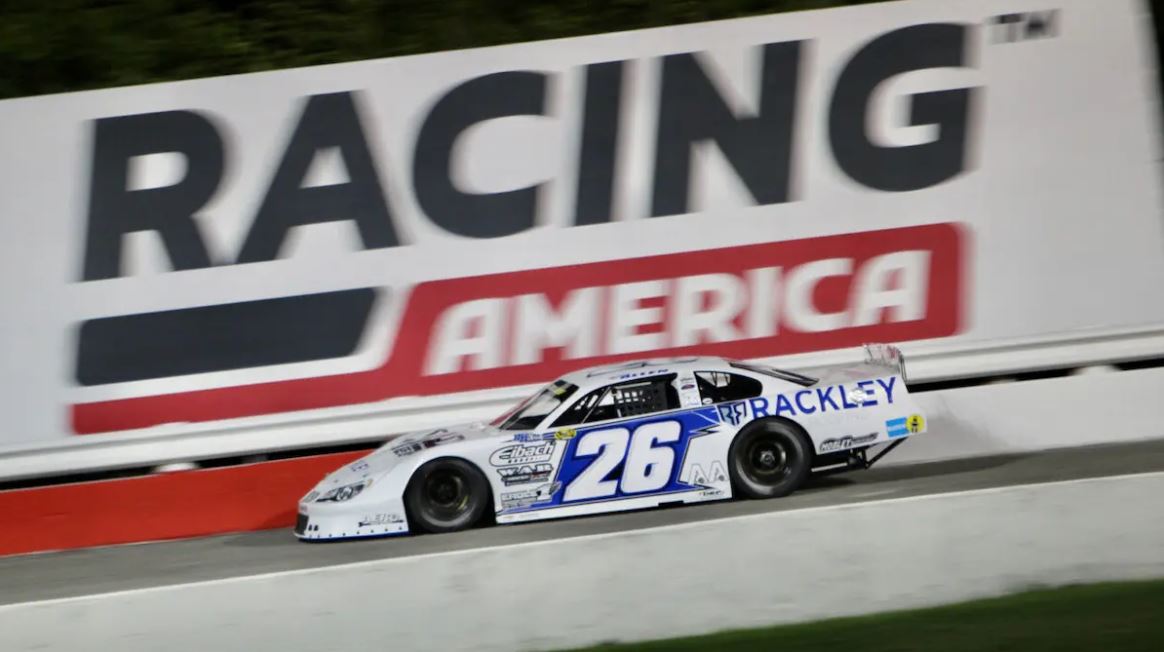 Special from Racing America – For the second year in a row, the Masters of the Pros belongs to Willie Allen. Allen won the Masters of the Pros 150 at Nashville Fairgrounds Speedway (TN) Saturday night, just as he did one year ago in front of a packed grandstands for the event in conjunction with the Superstar Racing Experience. The local favorite once again relished the opportunity to score a big win in front of family and friends at the Fairgrounds.

“It’s always fun to race in front of friends and family, especially when so many come out for this deal,” Allen said to Racing America after the victory. “Such an awesome night, it shows how big Middle Tennessee race fans are and how much they always support the racing.”

The Rackley WAR team brought a new car to the track for the $10,000-to-win Pro Late Model event, and that car proved up to the task in the 150-lap event.

“It was such a good weekend,” said Allen. “We built a brand new car, kind of for this race, but not really. It turned out that way, and it’s been really good all weekend.”

Allen led the first 47 laps before the break in the race to allow the Camping World SRX Series to take the track. When racing resumed, Gio Ruggiero stormed into the top spot.

Allen bided his time, retaking the lead on lap 83 and moving on to victory over Ruggiero and Jackson Boone.

“We were real fast the first stint. In the second one, the 81 [of Ruggiero] got out to a really fast pace. I was like, ‘I don’t know if I’ve got enough to run with him or not.’ I had to let him go and see where he was going to shake out. Thankfully, his tires went away a little bit and we were able to capitalize on that.

“Gio, Anthony Campi, Jackson, all of those guys are so fun to race with. Great friends, on and off the track, it’s always fun to race with them. Clean racers, that’s what makes it so much fun, too.”