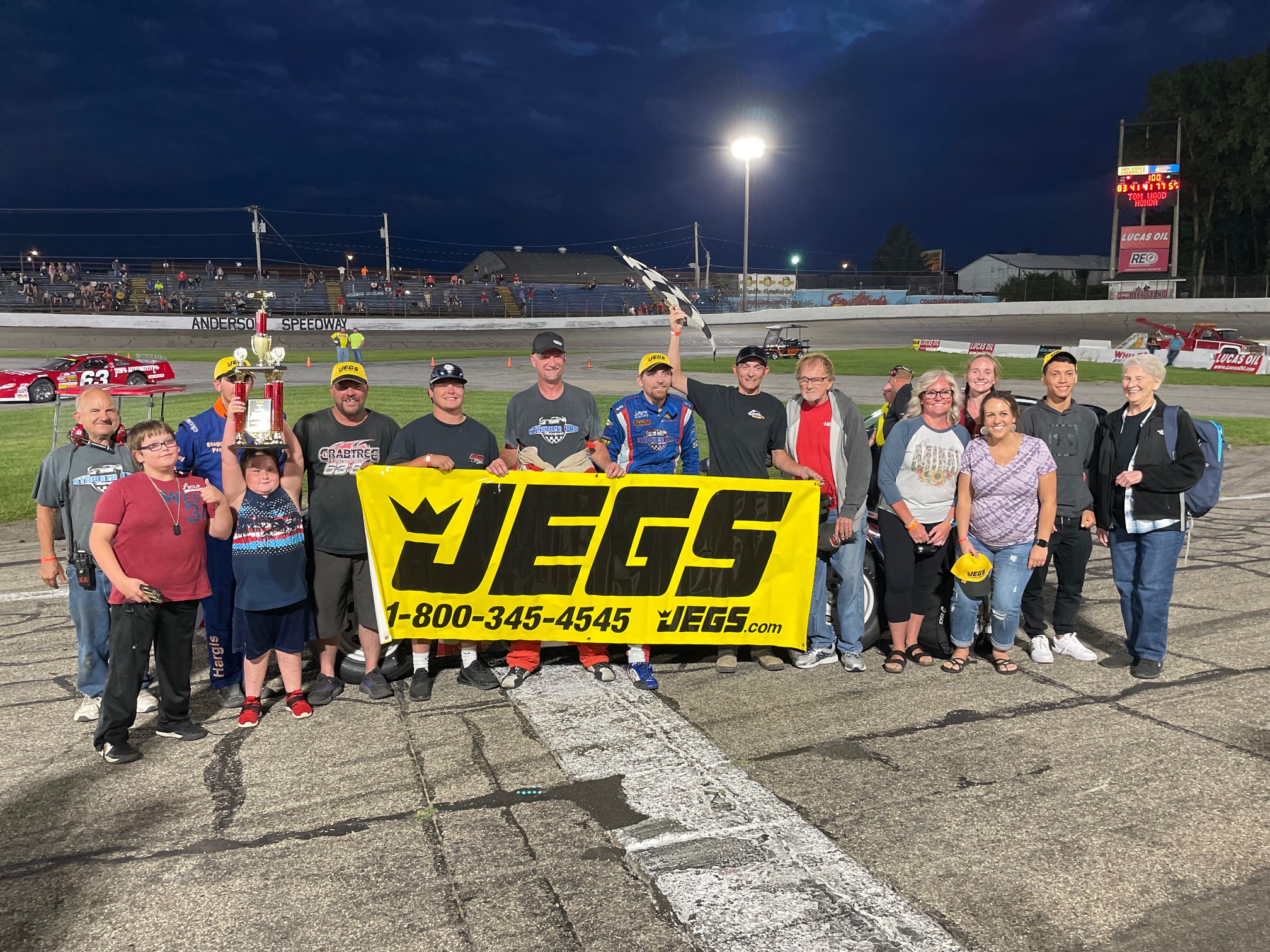 Crabtree battled for several laps with early leader Jeff Marcum before finally making the pass on lap 67 coming off the fourth corner. Marcum led from lap 28 and had the dominant car pulling away from the field through six caution periods and red flag.

Right after getting passed for the lead, Marcum pitted during a caution period to change a flat tire and returned at the back of the field.

Marcum climbed up to the sixth spot by lap 81 when he tangled with Billy Hutson on the front straight ending his night.

Crabtree started fifth in the field and ran among the leaders for the entire 100 laps in the Cintas 100, the longest race of the season for the series and the highest paying, with Crabtree Jr. picking up the $2,000 winner’s share.

Tanner Jack and Hunter Jack finished second and third in the race, but both cars failed post-race inspection and were disqualified tp finishing positions 21 and 22 respectively.

“We were out here on a tight little bullring tonight,” Crabtree said, “everyone was pushing and shoving!

That’s short track racing,” he said of the pass of Marcum.

Keegan led the first three circuits from the pole position, giving way for one lap to Cassten Everidge. He would maintain the point until being passed by Marcum on lap 28 entering turn one.

The race was slowed by a total of ten caution periods with the red flag being displayed on lap 58 for a four-car incident on the front straight. At the finish 13 of the 22 starters were running on the lead lap.

The next Vore’s Welding CRA Late Model Sportsman event will be on Sunday, September 4th at Winchester Speedway, part of the Labor Day Weekend World Stock Car Festival. Information on all the CRA Series is available at www.cra-racing.com.

For the sixth straight year, voting for the Champion Racing Association (CRA) powered by JEGS Most Popular Driver Awards will... read more

Condolences to the Family of Gary Terry

Champion Racing Association would like to take this time to express our condolences to the family of Gary Terry who... read more