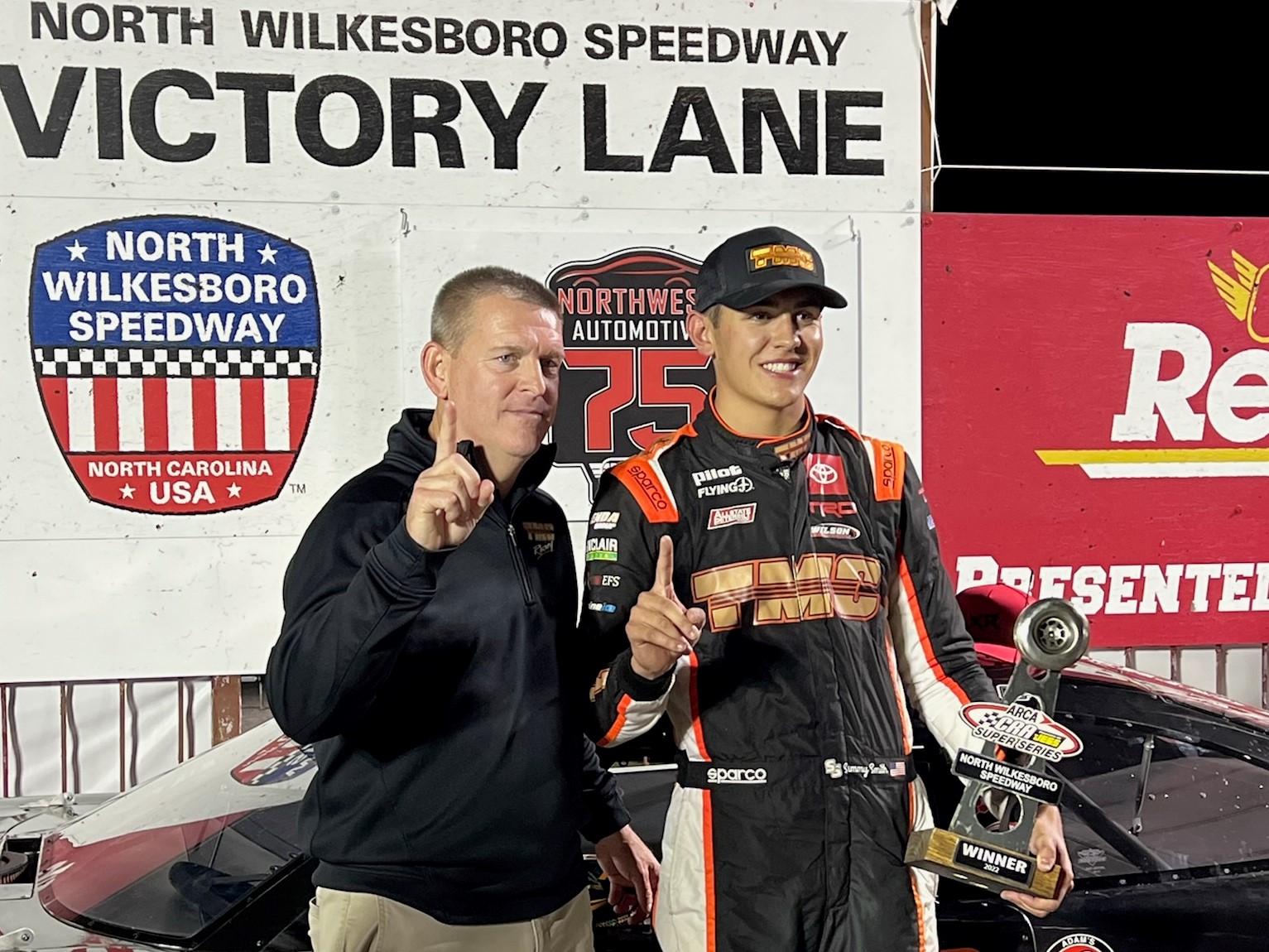 Special from Racing America – A dream season of sorts continued in the foothills of the North Carolina High Country as Sammy Smith and the Donnie Wilson Motorsports team dominated the return of Super Late Models to North Wilkesboro Speedway.

Smith immediately took the lead from Stephen Nasse at the start of the race and went on to lead wire-to-wire in the Northwest Automotive 75 — a co-sanctioned event promoted by the Champion Racing Association and Southern Super Series.

By year, the dream season for Smith dates back to last summer in which he has won the Winchester 400, Florida Governor’s Cup, numerous ARCA Racing Series events, the Redbud 400 and now North Wilkesboro.

“It’s really cool with all the history here,” Smith said. “The elevator ride was probably the coolest part of all. It felt like I had a Cup car here. We stayed on top of the track, with the tire management and restarts being so important.”

Only the restarts could give Hunter Robbins a chance at the No. 22, but Smith fended him off every time. Robbins put up his best fight on the Lap 53 restart and kept Smith close but lost that battle too.

“That was tough because I was fighting tight on the restarts and he held me close, but it came back to me on the longer run and that was our car all night,” Smith said.

Robbins felt like he finished second with a second-place car and was largely satisfied with how the battle played out.

“I didn’t want to race too early on the restart, but at the same time, I had to make him slip a tire,” Smith said. “And the only way I could do that was him choosing the outside and try to stay with him. He was just very good tonight.

“So was Bubba and we had to drive hard to stay ahead of him too.”

In addition to his ARCA and Super Late Model accolades, Smith has also started to race for Joe Gibbs Racing in the NASCAR Xfinity Series so the next time he comes back here might be in a national touring capacity.

“I wish they could leave the track surface how it is because I really enjoy how worn out it is,” Smith said. “But I would love to come back here at some point and see if we can do this again.”

Robbins gained a point on Pollard in the Southern Super Series championship battle which will resume on Saturday night at Watermelon Capital Speedway in Cordele, Georgia.