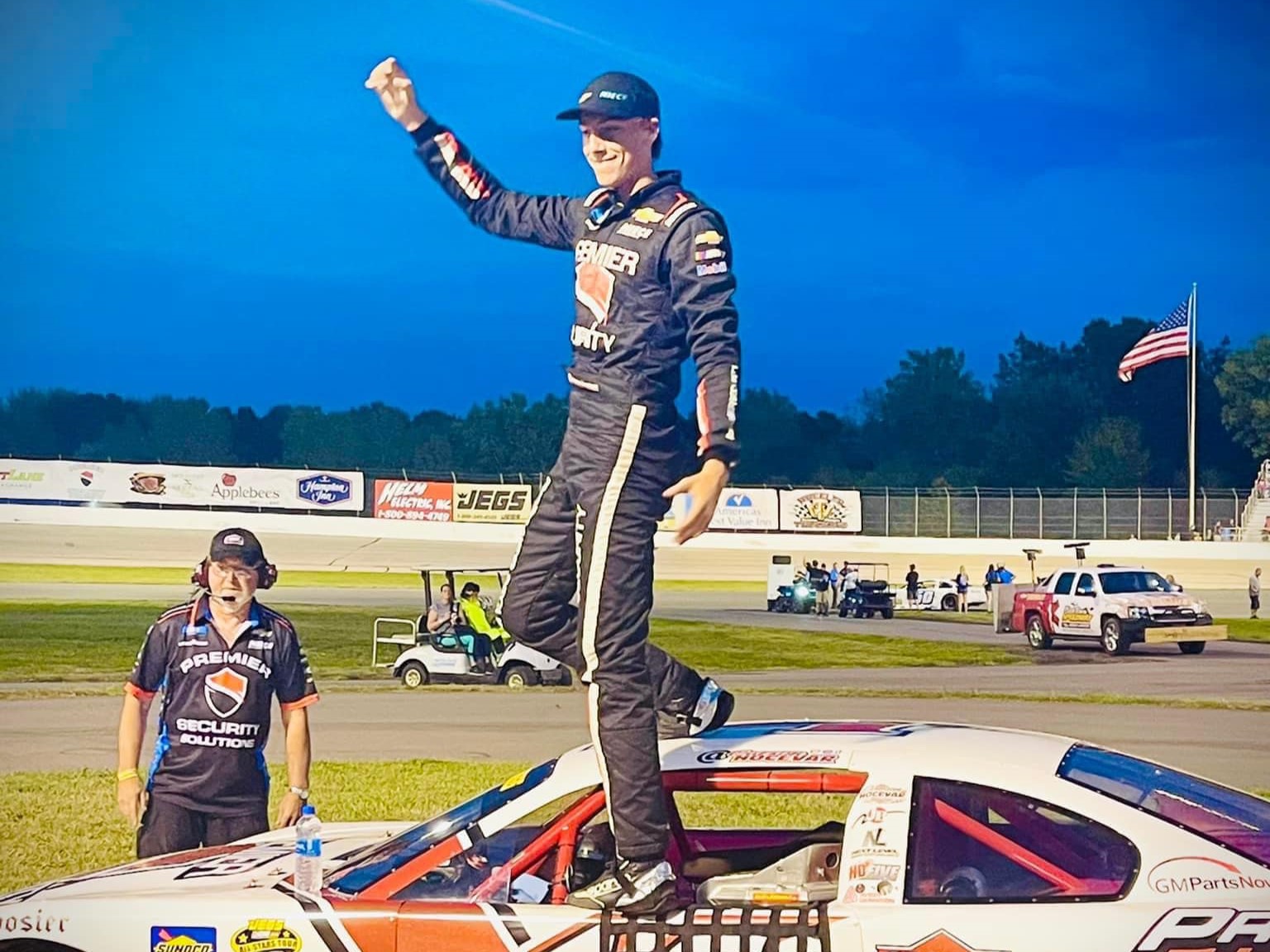 Salem, IN (September 11, 2022) – Former JEGS/CRA All-Stars Tour Presented by Chevrolet Performance Rookie of the Year Carson Hocevar came back home to Michigan and claimed the win in Saturday night’s JEGS/CRA All-Stars Tour Presented by Chevrolet Performance Birch Run Speedway Triple Crown Championship 100 event, leading the last 95 laps after passing Kyle Crump to take the lead on lap 6. Hocevar would have to fight off challengers on five restarts to finally set up a long green flag run to get the checkers after a very disappointing Friday night in the NASCAR Camping World Truck Series event at Kansas Speedway.

“It feels really good to get the win tonight,” remarked Hocevar. “This is a great facility to race at, I always seem to run well here. This is a good little pick me up after a disappointing night last night at Kansas Speedway. I have to thank Zach for giving me a great car, all my crew for their hard work and my parents for their continued support. We have several of our great sponsors here today, so it’s always good to get a win for those guys, I really appreciate their support of my racing!”

On Friday night Hocevar looked to be on his way to getting his first ever NASCAR Camping World Truck Series win and to continue in the playoffs when his Niece Motorsports Team gambled on gas strategy leaving Hocevar out while everyone else pitted. Hocevar’s truck sputtered from lack of fuel after taking the white flag giving John Hunter Nemechek the opportunity to make the pass coming to checkers to get the win and knocking Hocevar out of the playoffs.

With the win Hocevar breaks the streak of different winners at each series event in 2022, giving Hocevar two wins for the 2022 season and six total series wins, putting him tied with Bubba Pollard on the series all time wins list. Hocevar picked up the AR Bodies Cool Move of the Race Award for his pass of Crump to get the lead. Saturday’s event was the Championship event of the Triple Crown Series for the JEGS/CRA All-Stars Tour at Birch Run Speedway in 2022. Crump won the first Triple Crown event on May 15th. Hocevar won the second Triple Crown event on July 2nd. 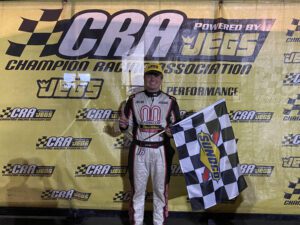 Lapeer, Michigan racer Chase Burda made a late pass of Dakota Stroup to come in second place, giving him just enough points to win the Birch Run Speedway Triple Crown Championship and the $2,500 Championship bonus. Burda also picked up the Sweet Manufacturing Sweet Move of the Race Award for his late pass of Stroup. Burda was also the Nova Motorsports Fast Qualifier for the event.

Stroup would come from the tail of the field after pulling his car out of impound to get a third-place finish. Stroup’s team picked up the PitBoxes.com Pit Crew of the Race Award after having to make repairs Friday night to the racecar after issues with the hauler caused heavy damage to a shock mount. The crew then pulled the car out of impound to get a better set up underneath Stroup to allow him to come through the field and get a third-place finish.

After starting on the pole and leading the first five laps, Crump fell back through the field with an ill handling racecar. His crew brought him to pit road under one of the cautions to make several adjustments, but Crump could only climb back to eighth place at the finish putting him second to Burda in the Triple Crown points by only two points. Crump picked up a $1,250 bonus for his second-place finish in the Triple Crown points.

JEGS/CRA All-Stars Tour Presented by Chevrolet Performance next event will be the Fall Brawl 100 on Saturday, October 1st at Jennerstown Speedway. More information on all the CRA Series is available at www.cra-racing.com.